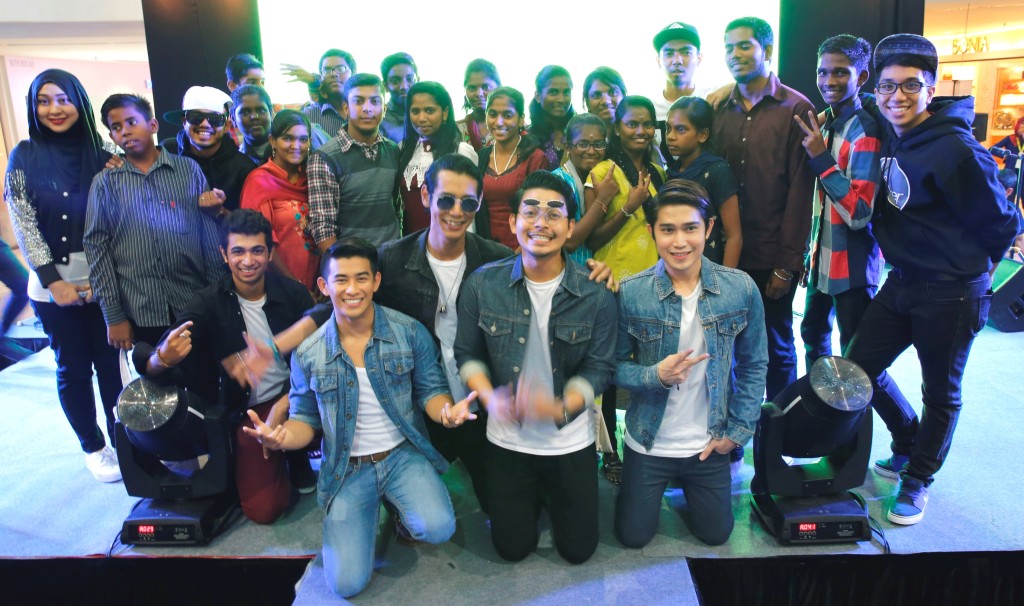 With the aim to inject a fresh interpretation to the music scene, the DIY Style Campaign encouraged local artistes to experiment their musical prowess with different genres and switch-ups encompassing a twist of rock turning to pop, reggae goes experimental, and ballad meets hip-hop, among others.

“We are thrilled to be able to provide a unique avenue like this in the musical platform, whereby local artistes can showcase their musical talent while instilling the spirit of volunteerism. Winners will be channelling their winnings to the selected charitable homes that are present with us today,” stated Kartini Kamalul Ariffin, Director of Radio, iM4U fm.

“We are truly grateful to be part of the first DIY Style Campaign as it allows us to challenge our creativity with such talented other local artistes participated in this campaign. We are incredibly excited that we get to contribute our part to the community through this campaign,” said Izzul Islam, who performed ‘Sinaran’ by Sheila Majid, as the chosen cover song in the DIY Style Campaign with his group FORTEEN.

Winners were judged fairly based on votes by the public as well as the professional judges of the DIY Style Finale, namely, talented home-grown artistes Juwita Suwito, Taja of Meet Uncle Hussein together with Loque. DIY Style winners were given cash prizes with a total of RM5,000 (Platinum), RM3,000 (Gold) and RM2,000 (Silver) respectively.

The DIY Style battle by all the 20 participating artistes was broadcasted live on the ChillX show at 5.00 p.m. and the Goodnite show at 9.00 p.m. from Monday to Friday for two weeks, from the 23rd of March until the 3rd of April 2015.