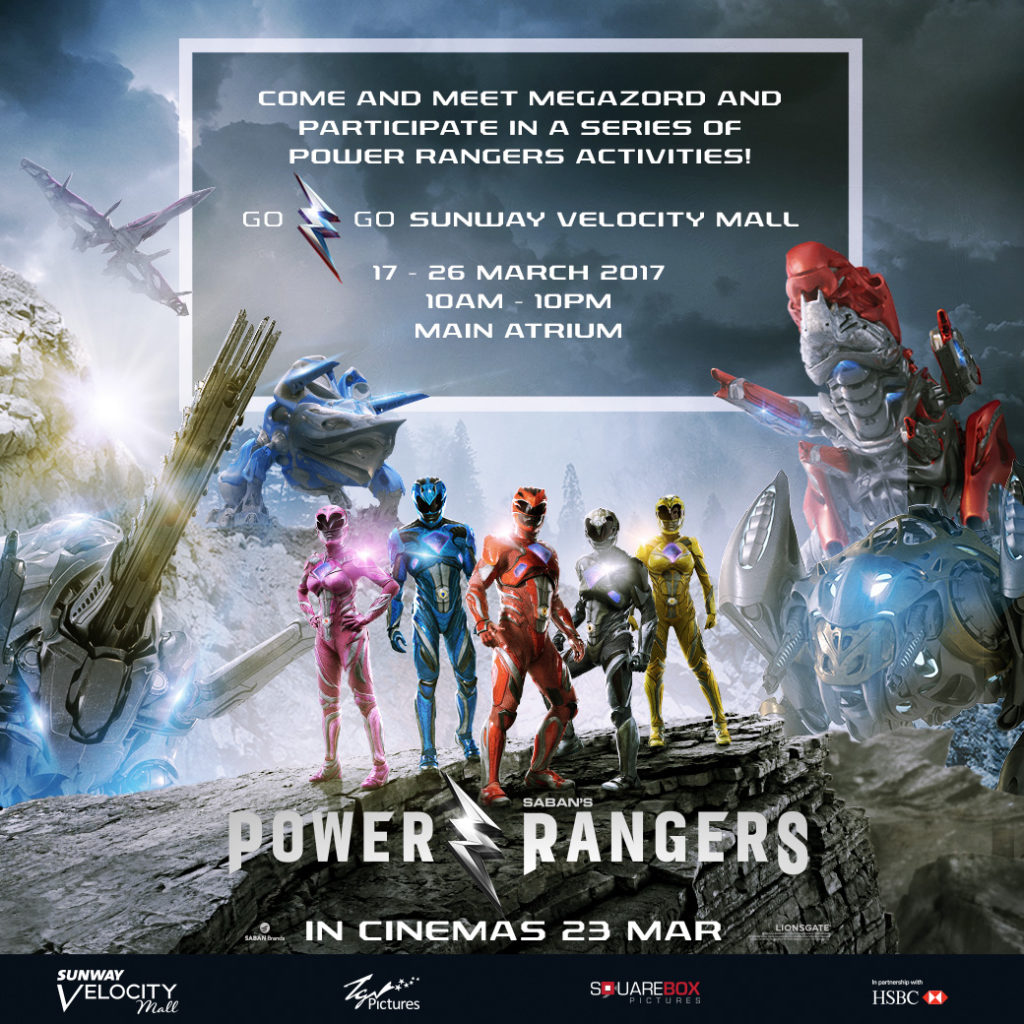 Kuala Lumpur, 8 March 2017 – TGV Pictures is teaming up with Sunway Velocity Mall to bring the audience a series of fun filled Power Rangers themed activities at their Main Atrium from 17 to 26 March 2017. 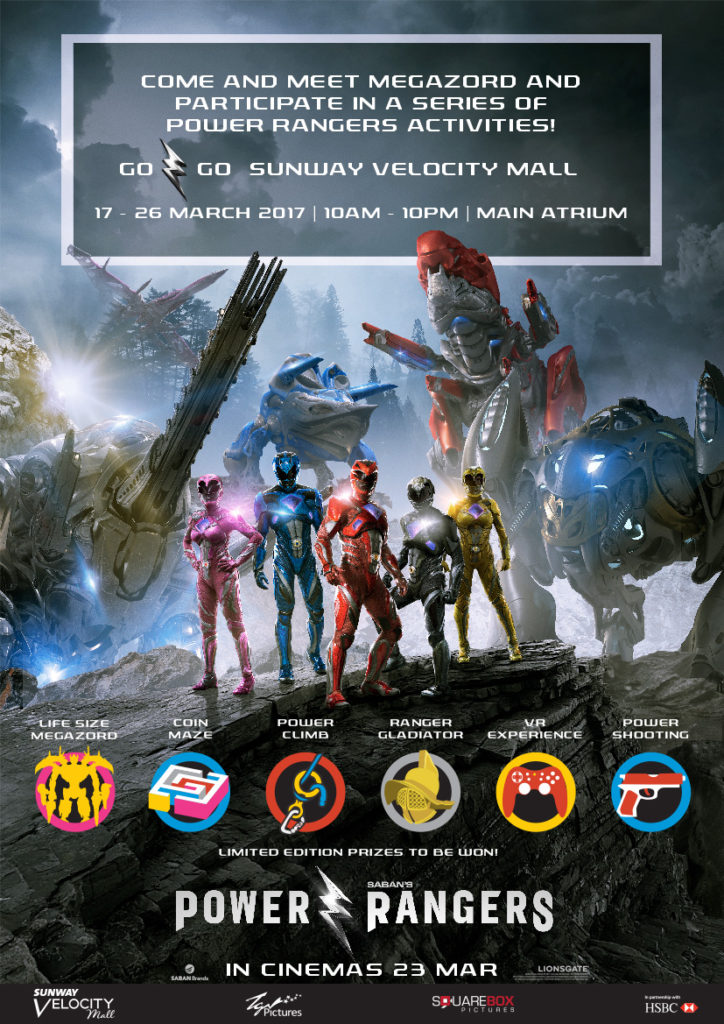 “Power Rangers is a global phenomenon with a 23 year legacy. Those that grew up with Power Rangers will get to see their childhood superheroes back in action. During the event in Sunway Velocity Mall, audiences will get to see a blow up of Megazord, and participate in games like a gigantic Coin Maze, Rock Climbing, Virtual Reality Experience, photo opportunity and many more.

Families can definitely enjoy the holidays with their kids in Sunway Velocity Mall. It is a money can’t buy experience,” said Chung Shyh Kwong, General Manager of TGV Pictures.

Power Rangers follows five ordinary high school kids who must become something extraordinary when they learn that their small town of Angel Grove – and the world – is on the verge of being obliterated by alien threat. Chosen by destiny, our heroes quickly discover that they are the only
ones who can save the planet. But to do so they will have to overcome their real-life issues and band together as the Power Rangers before it’s too late.

Power Rangers is set to release in Malaysia’s cinemas on 23 March 2017.