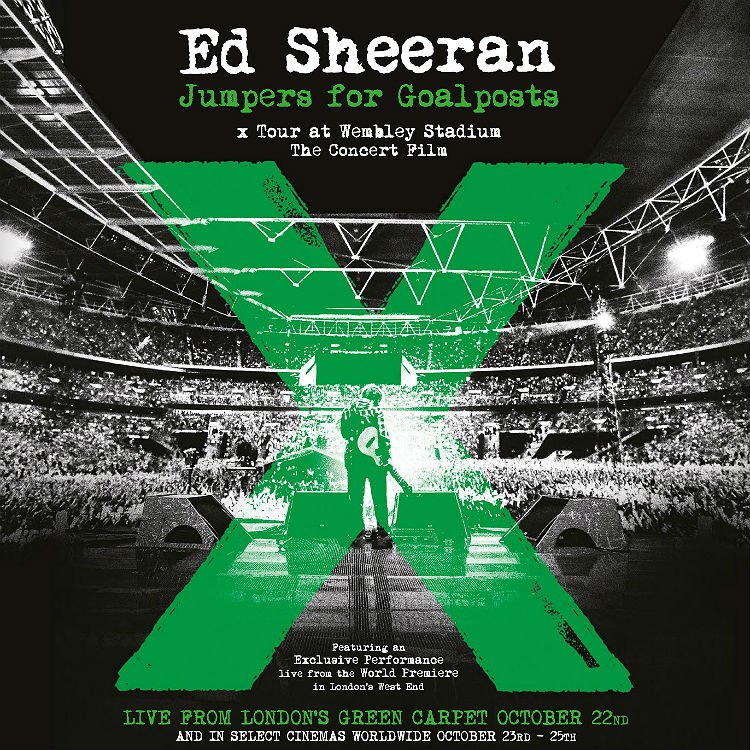 PETALING JAYA, 23rd October 2015-  Over 100 Ed Sheeran superfans, known as Sheerios, came out for the 1st day screening of Ed Sheeran’s incredible tour & concert film “Jumpers For Goalposts”. With a limited time viewing at TGV cinemas from the 23-25th October, these Sheerios were treated to the journey of Ed Sheeran’s rise to international acclaim and snippets from his hallmark 3-day sold out show at Wembley Stadium along with revealing the personal life of the star with honest & intimate reflections from Ed Sheeran himself.

This special global cinema event is an invitation from Ed Sheeran to his millions of fans to celebrate with him what he calls “the biggest achievement of his life” so far,  before inevitably he moves the goalposts once again. If you missed his recent sold out performance in Kuala Lumpur, this cinema event is a must for you!

It seems like it was just yesterday that Ed released his first album ‘+’ which sold more than a million copies, and famous tracks like ‘A Team’, ‘Lego House’ and the heart wrenching ‘Give Me Love’ emulated the chart success of its predecessors, peaking at number 1 in 8 countries. In 2014, Ed released his sophomore album ‘x’, which peaked number one in 15 countries and his release of “Don’t”, “Thinking Out Loud” and “Photograph” was an international success. “X” is now one of the best selling albums in history and sixth best selling album in the UK. From sleeping at a different sofa every night for two and a half years, Ed is definitely where he is now, with more than a million copies sold for both ‘+’ and ‘x’, selling out shows worldwide, and having his single peaked at number 1 numerous times, he has achieved a milestone!