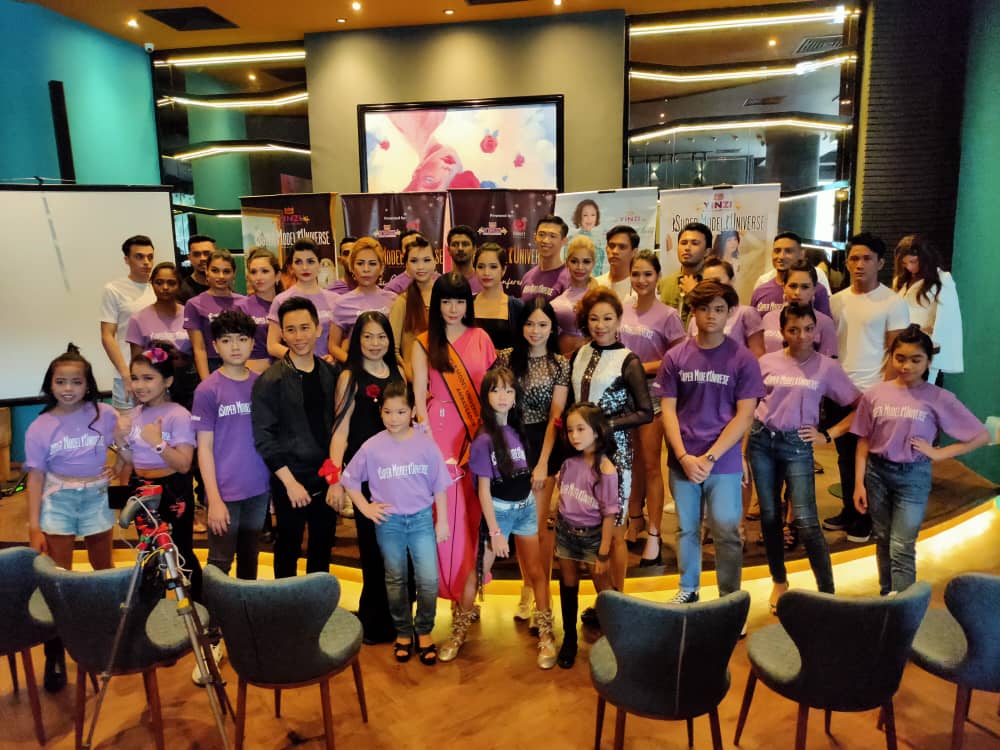 The finalists of Super Model Universe Malaysia 2020 were officially revealed at a press conference held at the Netverk Restaurant in Oval Damansara, this afternoon. The grand final of Super Model Universe 2020 will take place at the Royale Chulan Damansara from 6.00 pm on Sunday, 13th September 2020 and will feature some of the top fashion designers in Malaysia in an explosive and extravagant finale. The prestigious and highly regarded internationally branded modelling competition is organised jointly by Target Fitness PJ and Yinzi Event & Marketing. The two-hour announcement event was attended by VVIP guests, sponsors and members of the press.

According to Super Model Universe Malaysia’s license holder and national director Ammetta Malhotra, “Super Model Universe was established with a vision and mission to discover, nuture and assist budding young models and commercial talents with the aim to expose and create opportunities for them in the modelling, fashion and beauty industries”. Malhotra was awarded the license by the brand principals to organise the local edition of the prestigious modelling competition in Malaysia after placing in the top 3 at the Mrs Universe Classic pageant in Sophia, Bulgaria in 2019.

Malaysia’s 2019 female winner Thalia Thin Yi En did our nation proud by winning the prestigious Super Model Universe 2019 world title in the female category when she competed in the international final in Sofia, Bulgaria last year.

Due to Thalia’s overwhelming international win, Malaysia was awarded the right to stage the international finals this year but due to the pandemic, it had to be postponed to 2021, once global travel restrictions are lifted. However, the local final will still be staged again this year but under strict SOPs, after the easing up of the Movement Control Order by the Government.

Open auditions for the Malaysian edition of the competition was held at the Palace of The Golden Horses early this year on 1st March 2020, but due to the escalation of the pandemic globally and the resulting Movement Control Order enforced in Malaysia, the finals of the pageant was postponed. The shortlisted finalists were selected by a large panel of judges made up of industry professionals from various disciplines including fashion, modelling, events, branding, business, education, media and also key sponsors.

Despite the movement contral restrictions the contestants were kept busy with various online challenges for sponsors such as XES, Evo, Diamonia. TBC and Body Breakfast, among others.

As the trend continued towards virtual engagements and activities, Malhotra felt that it was best to position the contestants as influencers and focused on developing their confidence and skills in order to represent the Super Model Universe brand adequately.

“I thank all my sponsors for having faith in our organisation and returning again this year to give us their full support once more ”, Malhotra expressed during her welcome address. “Brands like Evo who came in as a main sponsor, are leading homegrown timepiece makers, distributors and retailers with outlets nationwide.”, Malhotra added. She also thanked leading homegrown footwear brand and retailer XES for their loyal and continuous support during this difficult pandemic period and for coming in once again as their main sponsor. “The well known brand will be picking some of the finalists as their brand ambassadors”, Malhotra beamed with pride.

As a prelude to the grand finals, invited guests, sponsors and media members were treated to an exciting fashion preview by several well known designers during the press announcement. Designers that were featured include Maya Ubrani, Qif Alvarez, Faridz Salleh, Adryana Dvora, Zuridah and Azmi. Also showcased was an impressive collection of diamond jewellery from Diamonia Jewellery, a couture mask show by Sweet Royal Cheeks and elegant timepieces by Evo.