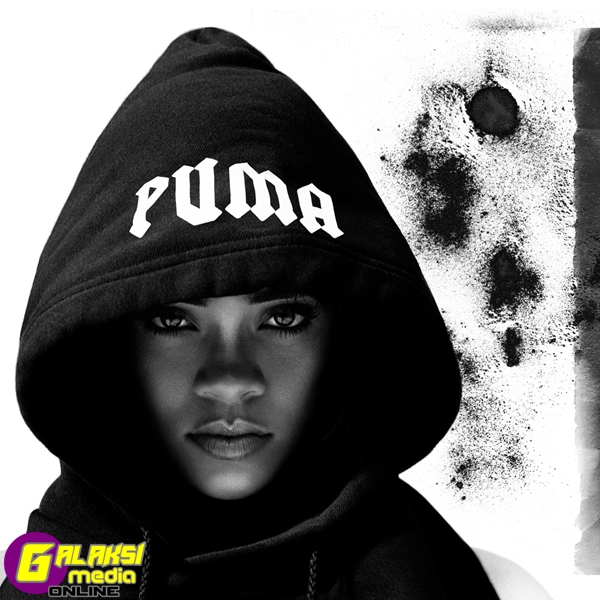 NEW YORK CITY, NY –Finally, the wait is over as Rihanna’s inaugural FENTY PUMA by Rihanna apparel, footwear and accessories collection hits stores worldwide beginning September 7th. No one can forget Rihanna’s debut of this collection last February in New York. Each look was daring, provocative and oozing with attitude and now, it’s available for the world. 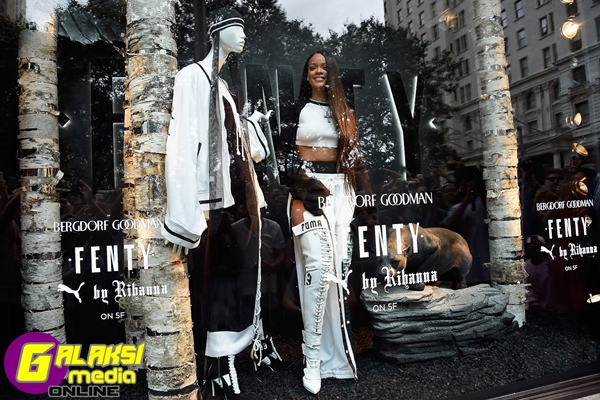 Rihanna drew inspiration from contemporary Japanese street culture and tradition for her debut collection with PUMA. Mixing cultural influences with gothic overtones and exaggerated volumes and proportions, the fashion icon challenged the traditional male and female silhouettes and blurred the lines between genders that are often times too rigid for her fashion tastes.

Fans can expect key styles in the first monthly drop including the ground sweeping Mock Neck Maxi Dress and popular Rising Sun Lacing Sweatshirt and Sweatpant. The Tear Away Track Jacket and Pant, Bra and Lace-up skirt will also be making its mark in the stores serving the fashion hungry and function needy. Every inch of her personality is depicted in every element of the range, and definitely not to be worn by the faint hearted.

New introductions will follow in October and November, including the original and new FENTY PUMA Creepers, her show-stomping Sneaker Heels and key accessories like the Mesh and Bandana Cap and signature Lace Up Backpack.

“This collection is not only a representation of who I am and how I dress, but also pushes the boundaries of what I wanted to create with PUMA” says Rihanna, “I wanted to take PUMA to a new place with something unpredictable and unexpected. It’s Japanese street culture with a haunting twist. I played with texture and silhouettes and all of the fabrics are luxurious. I reinterpreted the traditional in my way.” 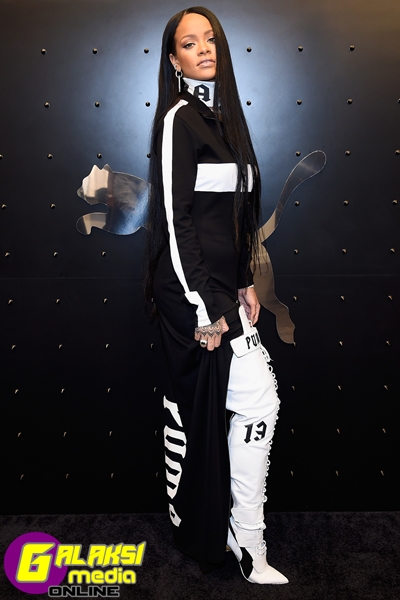 For the Autumn-Winter ’16 FENTY PUMA by Rihanna campaign, Rihanna brought in top industry creatives to help bring her vision to reality. With Paris based creative agency M/M, photographer Willy Vandeperre and stylist Alastair McKimm, the campaign brings the collection to life. Models Fei Fei Sun, Cong He, Sang Woo Kim all bring their attitude to give an edge to the campaign.

On September 6th in the U.S., PUMA marked the collection’s introduction by launching at PUMA.com (at 12 pm EST), Bergdorf Goodman (12 pm EST online, 3 pm EST in-store) and two FENTY PUMA by Rihanna Pop-Up Shops powered by SIX:02. The two FENTY PUMA by Rihanna Pop-Up shops are located in New York at 125 West 33rd Street and Los Angeles at 8380 Melrose Avenue, which will open at 3 pm EST and 12 pm PCT respectively.

The worldwide release of the collection will commence globally on September 7th at PUMA stores, PUMA.com and select fashion retailers such as Bloomingdale’s. In Malaysia, the AW16 Fenty collection will be in PUMA KLCC and PUMA Sunway Putra Mall only.