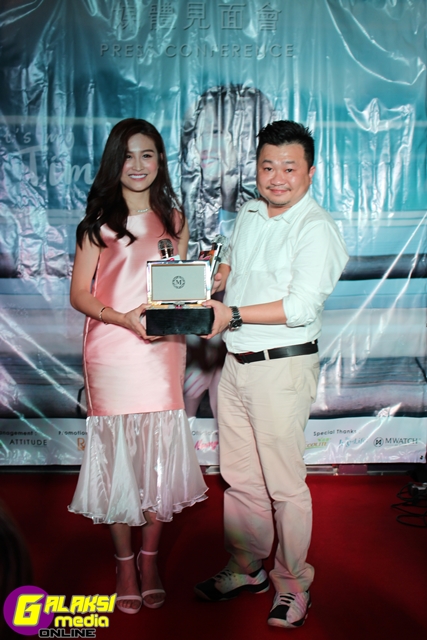 30 September 2016, Petaling Jaya –It is a 5 years of dedication and focus for Ribbon Ooi when her dreams finally came true with her debut Album<<It’s My Time>>, that she is able to share her music directly to her fans! Ribbon made her professional debut 3 years ago and had switched careers to be an actress, yet she has never given up on her dreams on being a singer with her own solo album. After holding on tightly to her dreams and cultivating it diligently, today we will bear witness as the product of her labor is brought into reality – bringing forth a mix of bittersweet emotions.

Ribbon happily announced to the crowd: “I can finally present myself to everyone as a singer, it’s a day I’ve been patiently waiting for years. Many around me have told me to give up, but I knew this day would eventually come.” She added: “I would like everyone to give me a chance. I’m ready, It’s My Time!”

The recording company has spent hundreds of thousands of ringgit to bring <<It’s My Time>> to life. Containing 6 songs, the album’s lead single <<Don’t Talk About Me>> was released in August talks about her heartbreak, falling for the wrong people, revealing to the world her pain that took very long to heal. The single’s MV has levels of intimacy that rivals that of dramas – showing plenty of passion, and also showing off her slender long legs, something which she is “very shy” about. The lyric MV took just 20 days to reach 35,000 hits with many fans getting captivated by her powerful vocals. 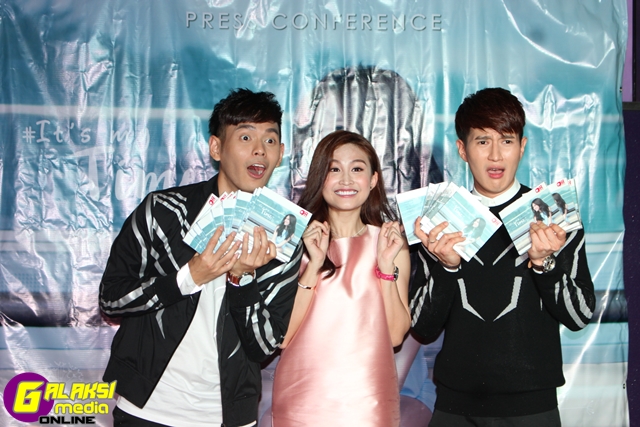 All 6 songs in her album are unique on its own. “All six songs are in six different styles. It’s like a woman’s mood: sometimes sunny, sometimes dark, sometimes filled with doubt and mixed emotions – tackling so many different styles is a challenge I was willing to accept. By working with such a variety of styles, I’m also blessed with the opportunity to work with many different artists, and I hope fans will give me plenty of feedback after listening to my songs.”

Ribbon Ooi’s ‘It’s My Time’ album launch kicked off in China on Wednesday where she announced her album launch tour before heading back to Malaysia after that. Though she was very nervous about her China trip, she learnt a lot from the experience. When asked about her overseas event, Ribbon admitted that not many newcomers have been blessed with the opportunity, but she remained humble: “At this stage, I dare not hope for too much apart from that my fans enjoy my music.” She was especially touched that there were fans already waiting at the event venue even before she arrived – which she views as great encouragement. During her live performance, the fans were moved to tears.

During the press conference, FS (Fuying & Sam) made a special appearance to show support for Ribbon. The duo worked with her on the film <<Paint My Love>> where they became good friends. FS shared, “We knew all along that her biggest dream is to release her own album, a dream which she has put a lot of effort in for the past few years. To make this album come true she has invested a lot of time and hard work, and I feel happy for her when it’s finally released. We’re looking forward to her development and growth, and many more albums to come!”

<<It’s My Time>> is available for order on Ribbon Ooi’s Facebook page today.