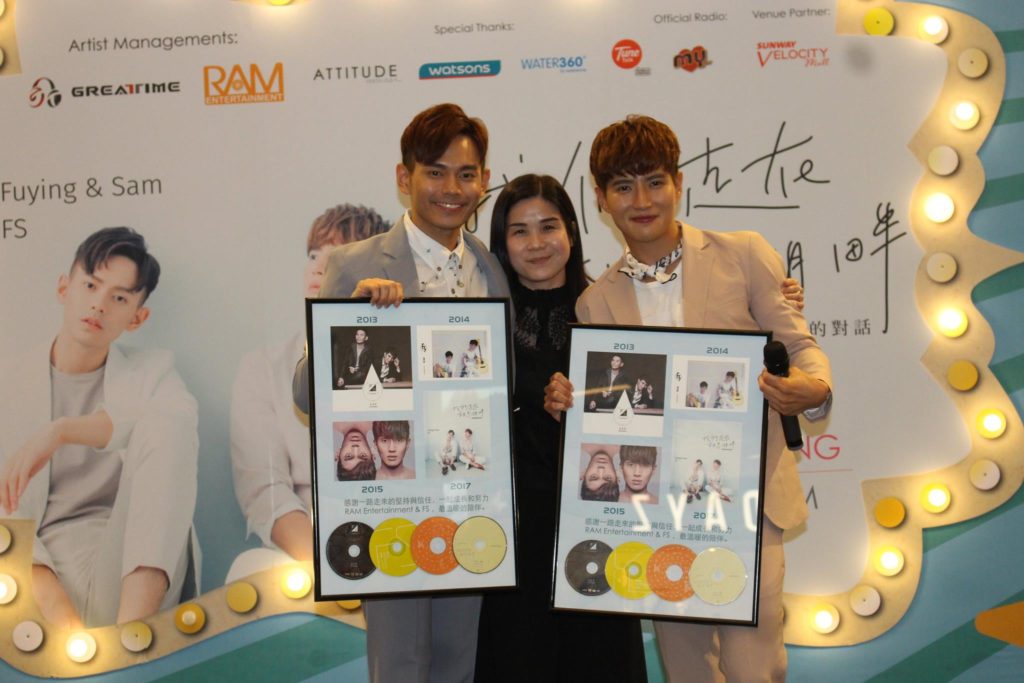 30 September 2017, Kuala Lumpur – Malaysia’s award winning pop duo, FS (Fuying & Sam) has officially released a brand new album in Asia, 《The Lakeside of Yearning》. In conjunction with the release of the album, FS will kick off their first albumsale and meet the fans event in Malaysia at Vanity Atrium of Sunway Velocity Mall, Cheras today.

The concept behind the songs and design of the new album is based on 3 kinds of – “family”,”friendship” and “partnership”. It is ultimately the emotional experiences with these 3 kinds of love that truly bring meaning to life.This album represents a growth in FS with hopes to spread more love, care and the power of positivity via their songs to make the world a better place. Action speaks louder than words. To stay true to this cause, FS has been involved in various recent activities from tree planting works to helping to clear rubbish from beaches. FS added, “To enjoy the beautiful ocean beach scenery, we all have responsibility to protect it”.

FS (Fuying & Sam) with special collaboration with partner, Water360 by Watsons, so that you are be able to listen to FS’s new songs from the new album including 《You Are By My Side》at all Watsons outlets nationwide. FS (Fuying& Sam) 《The Lakeside of Yearning》album is available for sale at RM26.90 at selected major Watsons outlets nationwide. In addition with the purchase of RM20 and above of Water360 by Watsons products, you can enjoy 20% discount off FS’s new album that also comes with an exclusive recycle bag.

RAM Entertainment would like take this opportunity to thank partners – Water360 by Watsons, Watsons and Tune Talk; official radio station – Myfm and Venue Partner – Sunway Velocity Mall for the support.