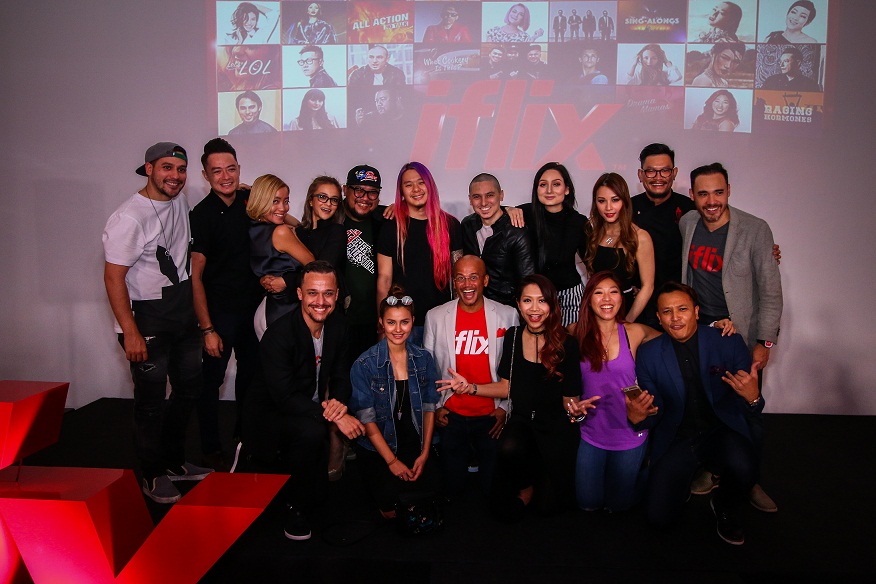 KUALA LUMPUR, 24 August 2016 – iflix, the world’s leading Internet TV service for emerging markets, offering subscribers unlimited access to thousands of TV shows, movies and more for a low monthly price, today announced the launch of its groundbreaking Playlists feature, bringing over 50 of Malaysia’s most influential people and personalities and their fans together.

Ever wondered what comedies Malaysia’s favourite funny man Afdlin Shauki is binging on at home? What are the extraordinarily beautiful and talented Diana Danielle’s go-to action movies? What drama series is hot cili padi actress and mom Sazzy Falak indulging on after she puts her twin daughters to bed? With iflix’s new Playlists feature, members can now follow their personally curated playlists to find out. Members will additionally receive notifications when those playlists are updated. Playlists revolutionizes the content discovery experience, enabling members to find new TV shows and movies from the people and trusted sources they already love.

iflix Malaysia CEO, Azran Osman-Rani commented: “Malaysians are utterly passionate about their homegrown celebrities and entertainment. Our new Playlists feature is the perfect tool connecting members to their favourite icons.”

In addition to its ‘People’ category of celebrities and personalities, iflix also offers specially curated ‘Collection’ playlists with popular themes such as:

“At iflix, we are obsessively focused on customer experience. With an immense library of thousands of TV shows, movies and more on offer, it can sometimes be difficult to choose what to watch next. Playlists allows iflix members to engage with their favourite entertainment personalities and influencers to see what they’re watching, or choose shows according to their interests and entertainment preferences for a specially curated experience,” Osman-Rani added.

Now available in Malaysia, Thailand, the Philippines, Indonesia and Sri Lanka, iflix will continue to roll out its world-class service to additional key emerging markets in the coming months. Offering consumers a vast library of top Hollywood, Asian regional, and local TV shows and movies including many first run exclusives and award winning programs, each subscription allows users to access the service on up to five devices, including phones, laptops, tablets, and television sets, for viewing wherever, whenever. iflix subscribers can also download TV shows and movies from iflix’s extensive catalogue for offline viewing. The service is priced at only RM10 per month in Malaysia for unlimited access with no ads!

For new subscribers, iflix offers a complimentary 30-day trial with full access to its world-class service, features and content. Go to www.iflix.com to register