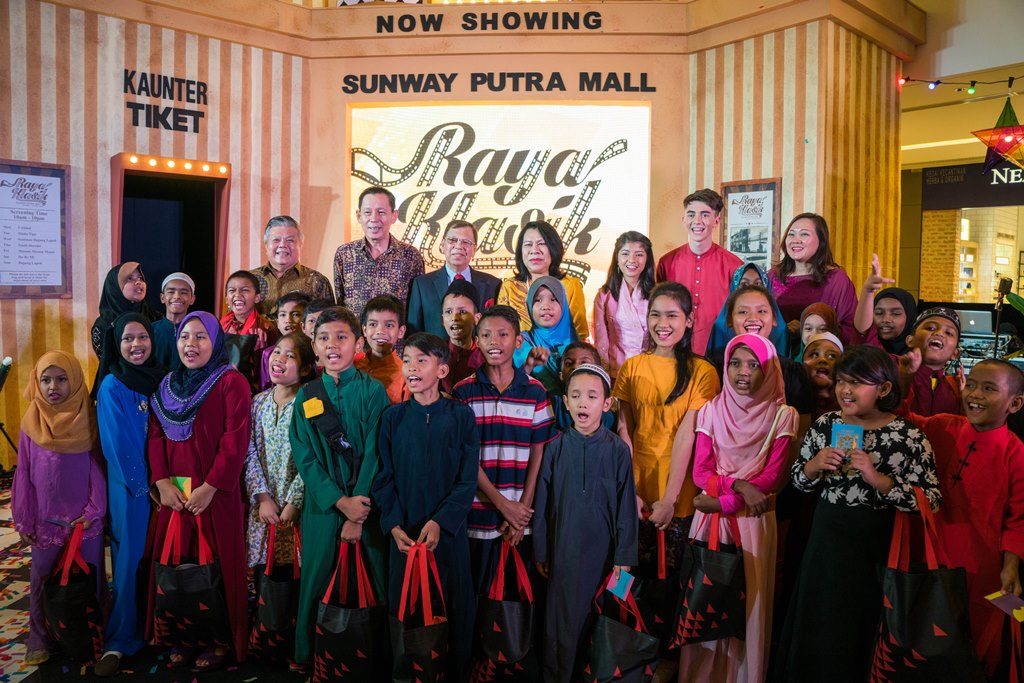 Kuala Lumpur- In conjunction with Ramadhan and Hari Raya Aidilfitri, Sunway Putra Mall recently launched their Klasik Raya. Taking centre stage at the main concourse is a magnificent 60’s theatre or affectionately known back then as ‘Panggung’ surrounded by quaint vintage shop house, a vintage car and oil lamps as to complimenting the final look. The theme for this year brings shoppers back to the heydays of 60’s when vintage and modish were the rage. 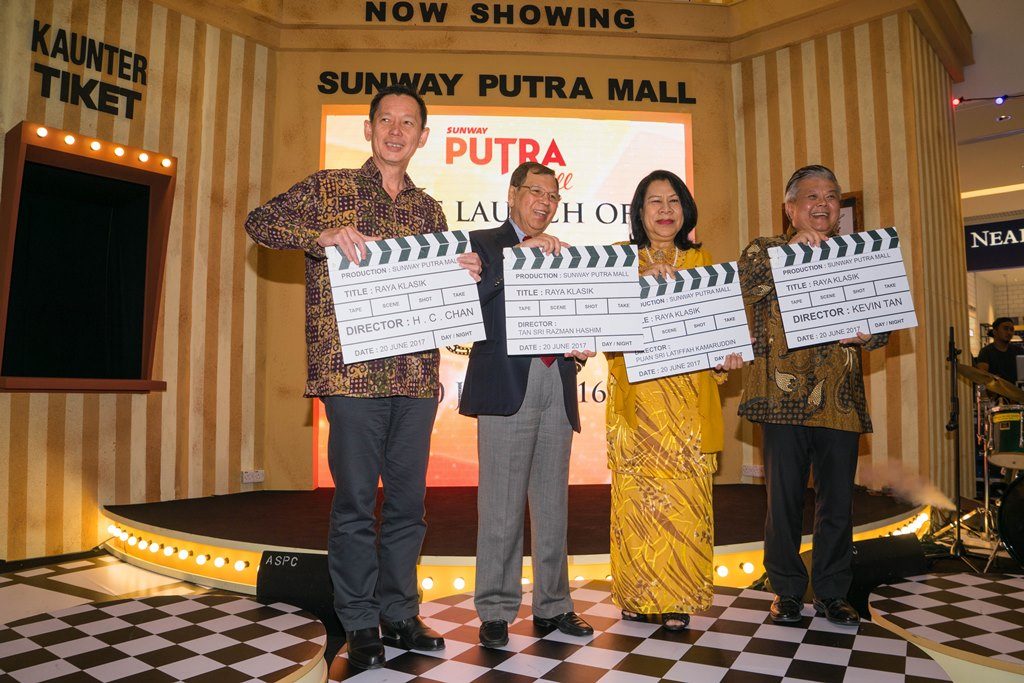 To start off the festive season, the mall invited, media, bloggers together with 30 Yayasan Chow Kit (YCK) children for an early Raya celebration. Classic songs were played to greet the guests as they crowd around the Main Concourse, captivated by the illuminating decorations.

Lights, Camera, Action! Signaling the launch at  the Panggong, Tan Sri Razman, Puan Sri Latiffah, Mr Chan, and Mr Kevin clapped their vintage clapper board followed by confetti as to mark the beginning of Raya Klasik at the mall.

This year’s theme was inspired by the timeless traditions and cultures of Malaysia’s yesteryears which is still known and appreciated to this day. Speaking at the launch, Mr HC Chan said “It plays an important and integral role in the community by encouraging communal harmony and integration. It offers not only an excellent platform to reach out to people from all walks of life but provides a space for the community to converge too.” 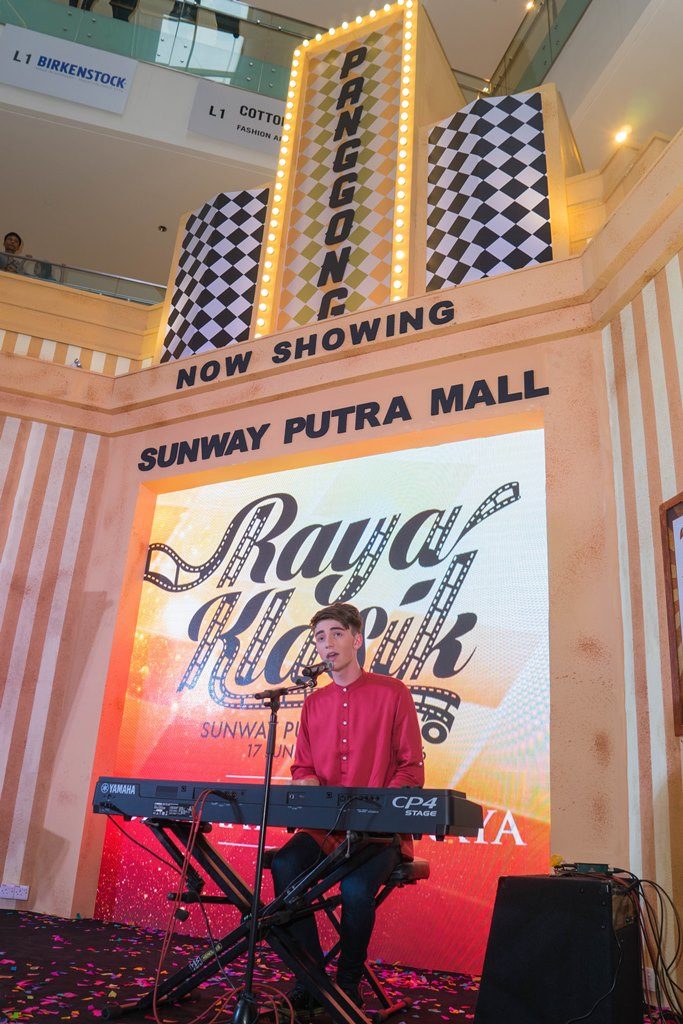 The crowd was later entertained with classic pop dance featuring songs like Mambo, Bila Mama Pakai Celana and others which were the hit in the 1960’s Malaya movies. The dancers enthralled the audience with their moves transporting the guests back to the 60’s. The special highlight of the launch when Greyson Chance, an Oklahoma singer-songwriter and Nik Qistina, Malaysia local artist were also invited to sing at the launch. Greyson Chance, sang his latest single ‘Afterlife’ while Nik Qistina serenaded the crowd with  ‘Pulang Di Hari Raya’.

Following the launch, Sunway Putra Mall also officiated Food Bank, a corporate social responsonsibilty (CSR) campaign initiated by the mall together with The Touching Lives Club Kuala Lumpur and Selangor. The campaign aims to encourage shoppers to donate non-perishable food items to the less fortunate as an act to support and also help them during this festive season. Donations would be distributed to Pusat Jagaan Lambaian Kasih, Sg.Penchala before Hari Raya.

“We hope to receive continuous support from the public to help us gather the sufficient food items in helping to provide the underprivileged to prepare for this Hari Raya.” mentioned Mr Kevin.

Right after the launch,  Tan Sri Razman and his wife  proceeded to give Raya packets and goodie bags to the children of YCK. The hampers were sponsored by Friends of Burger and Popular Bookstore.

Tan Sri Razman said it was encouraging to see Sunway Malls reaching out and touching the lives of the less fortunate, especially during Ramadan. The attendees were later ushered to Selera Street food hall for an Iftar session 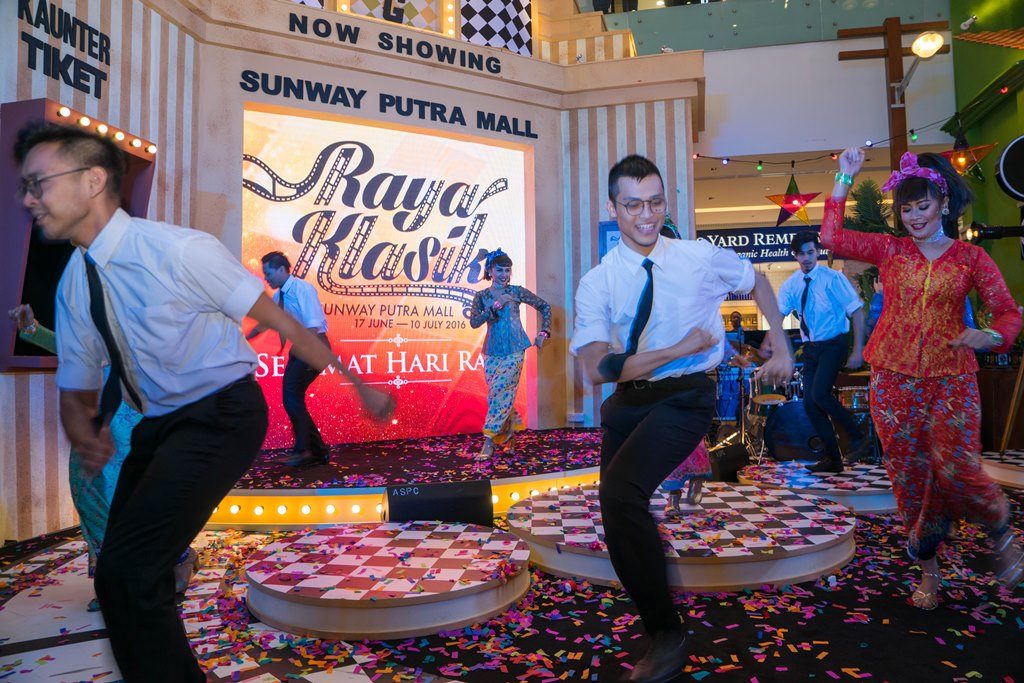 ‘Klasik Raya’ runs from now till 10 July 2016, throughout the month of Ramadan and Syawal. There will also be screening of P.Ramlee best known classical films from 10.00am to 10.00pm on selected dates, dance performances, festive bazaars and shopping redemptions of Raya Packets, Klasik Cushion Cover and Handmade Beanbag.