(SEMASA) #MULTIFLEXFRIDAY – JOIN THE PARTY ON THE TRAIN! 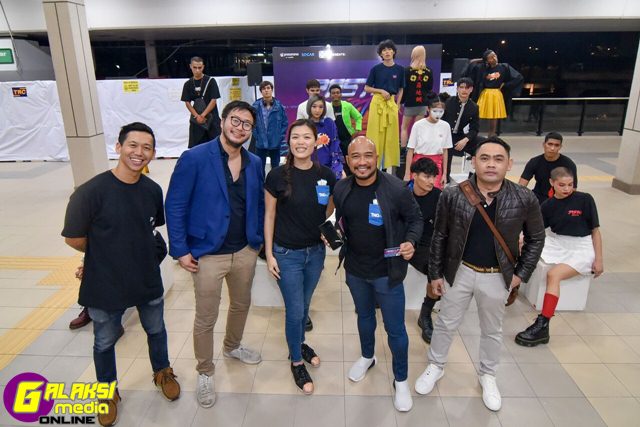 #MultiflexFriday will run throughout the year with programmes including live music, dance and even stand up comedy planned on trains and other modes of public transport at intervals to surprise commuters with light hearted entertainment throughout their journey. As part of this launch announcement, SOCAR will be offering a first of its kind first/last mile solution by providing a one-way car-sharing service to Kelana Jaya LRT station.

Bringing The Fun Into Public Transport

Over the past few years, the city of Kuala Lumpur has seen a rapid growth in infrastructure and development of public transport with new routes underway throughout the Klang Valley.

While constantly enhancing connectivity and mobility, Prasarana is now focusing on making the entire experience memorable and fun for commuters.“With SOCAR sharing a similar vision, we are excited to work alongside the dynamic car sharing start-up and unfold more surprises for commuters that would make their journey memorable and incline them to use public transportation facilities more often,” says Lim Jin Aun Head of Group Communications and Strategic Marketing, Prasarana.

“Although we’ve seen an increased usage of public transport in recent times, many Malaysians still prefer to go with the expensive option of car ownership rather than embrace the multiflex trend of ditching your personal car keys. It has never been easier to be a multiflexer now with the rise of e-hailing and car-sharing. SOCAR is proud to work closely with its partners such as Prasarana, TNG Digital and Pestle and Mortar Clothing to remind the public that multiflexing can be fun, affordable and seamless,” says Leon Foong CEO of SOCAR and forerunner of the multiflex movement.

Bringing an unexpected element of surprise and amusement to trains and metro buses, #MultiflexFriday hopes to encourage commuters to ditch their cars and to give the multiflex way of transport a shot. Moving forward, commuters can expect right about anything from buskers to stand up comedians and from artists to musicians to jump onboard and entertain them as they make their way to their next destination.

“With this campaign alongside Prasarana, we want to encourage our millennials to embrace the multiflex lifestyle and to enjoy the many benefits it offers. Being part of the multiflex movement actually brings you one step closer to freedom from worries including parking, car loans and rising prices of petrol,” Foong continues.

Coined by SOCAR, the multiflex movement enables commuters to have the flexibility of using multiple modes of transport to get to their destination be it a combination of public transport, e-hailing or car sharing.

The #MultiflexFriday campaign kickstarted today with Pestle and Mortar Clothing coming on board as first partners to entertain commuters on the go. The home grown fashion label that has taken wearing your personality on the sleeve to the next level, revealed their Fall-Winter 2018 collection titled ‘As Above So Below’ with an outrageously bold fashion walk in the LRT as the train sped along from Kelana Jaya to Pasar Seni station. The collection comprises a total of 38 styles across the season and will be available in-store & online from 27th September 2018.

Pestle and Mortar’s latest collection ‘As Above So Below’ draws inspiration from the duality and integration of east and west, dark and light, traditional and modern. “This is a collection that is edged with flexibility. You can wear it to work, you can wear it for a party, you can wear it to just chill. That’s where the appeal to #MultiflexFriday lies. It is about affording people with that flexibility of going where they want in whatever attire they choose to be without mundane worries like where to park or what to wear,” says Hugh Koh, Co-founder and Creative Director of Pestle and Mortar Clothing.

Joining in with this initiative is the Touch n’ Go eWallet which allows users to make payments, top-up mobile credit, transfer funds and more. The e-wallet already allows members to purchase merchandise from a growing list of brands and has added Pestle and Mortar Clothing to their growing list. Interested patrons can purchase the eclectic clothing wear’s latest collection using the Touch ‘n Go eWallet with a few simple clicks.

“This is only the beginning of #MultiflexFriday. We are very excited to see how the campaign shapes and we look forward to welcoming more exciting collaborations with progressive brands such as Pestle and Mortar Clothing to further increase the appeal of the multiflex movement. For all you know, the next time you step inside a train a secret party might just be waiting for you,” adds Foong.