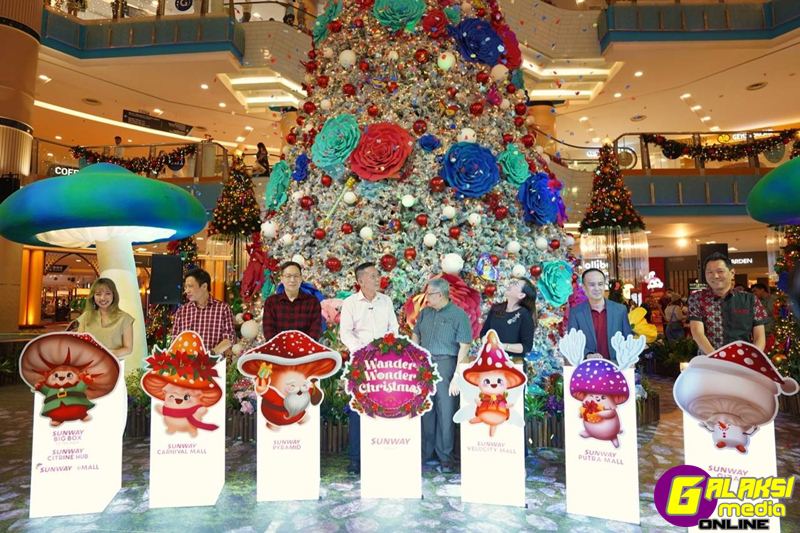 Kuala Lumpur, 25 November 2022 – Welcoming the Christmas season and marking the end-of-year holiday celebration, Sunway Malls is excited to introduce a series of fun events as part of the “Wander Wonder Christmas” Campaign. As the year comes to a close, there’s no better way to spend time with your loved ones at the family-friendly Sunway Malls. The Wander Wonder Christmas aims to reconnect and bring the family closer together this Christmas. 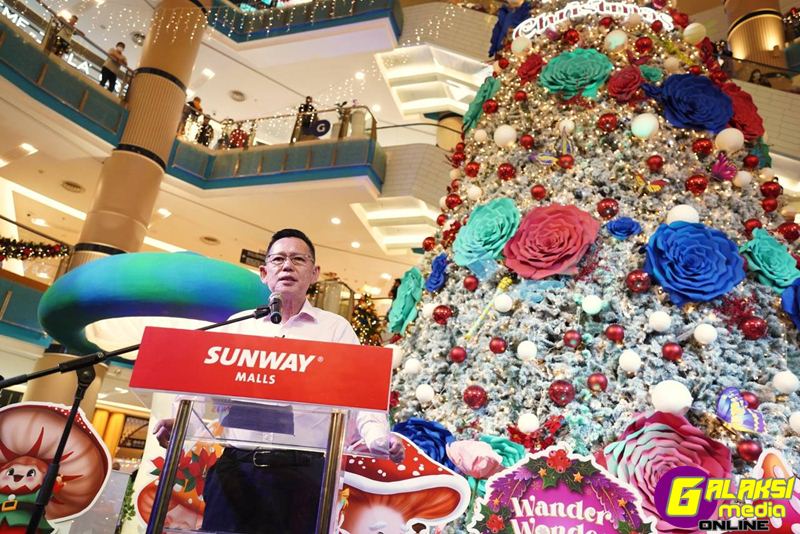 To help shoppers celebrate in a more mystical, mythical, and magical way, the Sunway Malls’ concourses will be transformed into an enchanted forest from 17 November 2022 until 2 January 2023. Shoppers will be able to discover the wonders and magic of a truly mesmerising and magical ambiance adorned by larger-than-life flowers and trees, Christmas trees embellished by butterflies and dragonflies, and magical fairies.

The enchanting woodland forest theme is also carried on in the malls’ themed merchandise redemption, with each mall providing shoppers the opportunity to take home various items in return for spending in the malls.

In collaboration with Isuzu, shoppers who redeem these items will earn one entry into a lucky draw for the grand prize of an Isuzu D-Max. This contest closes on 25 December,  with the winner being announced by December 31 – so hurry on to your nearest Sunway Mall to participate today!

For those who prefer to get their festive shopping done virtually, Sunway eMall is the answer – they can also enjoy exclusive vouchers and deals online when they choose to shop with Sunway.

Retailers in each mall will have their respective Christmas promotions and deals throughout the campaign period, so shoppers can shop, dine and enjoy fun activities in Sunway Malls.

Shoppers will also be able to interact with a magical AR Wishing Pond in Sunway Pyramid, Sunway Velocity Mall, Sunway Carnival Mall, and Sunway Big Box Retail Park and share these blessings and joy with their loved ones.

The Wander Wonder Christmas will be complementing shoppers’ Christmas in Sunway Malls during:

Other exciting activities for the shoppers to explore this Christmas include the “Sensory Hideout” in Sunway Pyramid, whereby shoppers will be able to immerse their senses in the enchanted forest with radiant animals and plants, magical sounds of the forest, and captivating scents by Claire Organics. An experiential Christmas tree also awaits shoppers in Sunway Pyramid, Sunway Velocity Mall, Sunway Carnival Mall and Sunway Putra Mall.

Sunway Malls is gearing to be amongst Malaysia’s largest mall owner-operator as existing projects and those in the pipeline now stand at 7.7 million sqft NLA and that figure is planned to be increased to 10.2 million sqft NLA in the near future.