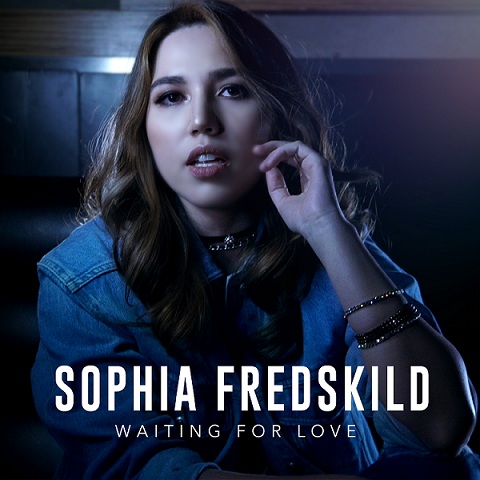 Her name may seem very new in the local music industry, but her talent is bound to steal the attention of those who appreciate  quality showmanship.

Blessed with great looks and a beautiful voice to match, Sophia Fredskild takes her early step into the Malaysian entertainment arena with her debut Malay single called ‘Menanti  Cinta’.

Composed and written by Shazee Ishak, SB Othman and Fredskild herself, the song is an  obvious introduction of Fredskild into the local scene as a talented singer and songwriter.

The song also bears an English version called ‘Waiting For Love’ (also composed and  written by Shazee and Fredskild).

According to Fredskild, the song is about waiting for the right person to come into your life, being patient about the trials that you face, and having the hope of finding true love.

Fluent in both English and Danish, Sophia admits that she is still working on improving the fluency of her Malay language. At only 20 years of age, the beautiful lass of Malay-Danish heritage has always harboured a dream of being part of the world of performing arts since she was very young.

Thus it is no surprise that she wrote her first song at the tender age of 13 and has been involved in several stage productions and performances. Fredskild is set to release her next single very soon which will also be released in two  languages.