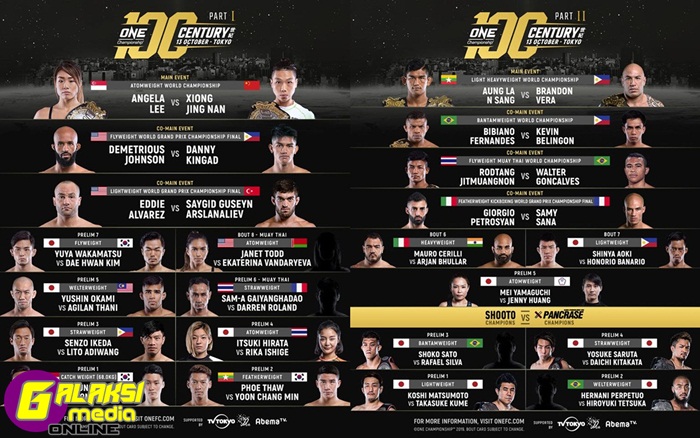 The two events will take place on the same day with the first card scheduled in the morning and the second card in the evening. Set at the Ryōgoku Kokugikan in Tokyo on 13 October, ONE: CENTURY 世紀 is ONE Championship’s historic 100th live event.

Ticket information for ONE: CENTURY 世紀 is available at www.onefc.com.

Also, ONE Bantamweight World Champion Bibiano “The Flash” Fernandes of Brazil puts his World Title on the line against Kevin “The Silencer” Belingon of the Philippines.

Newly-crowned ONE Flyweight Muay Thai World Champion Rodtang “The Iron Man” Jitmuangnon of Thailand will defend his title for the first time against Walter Goncalves of Brazil.

ONE Championship aims to unite the world in celebration of martial arts, Asia’s greatest cultural treasure. For the first time in history, the Shooto and Pancrase organizations will work together to raise Japanese martial arts to unprecedented new heights.

In a series of Japan Super Bouts, World Champions from both Shooto and Pancrase square off in a never-before-seen showdown between the two martial arts organizations.