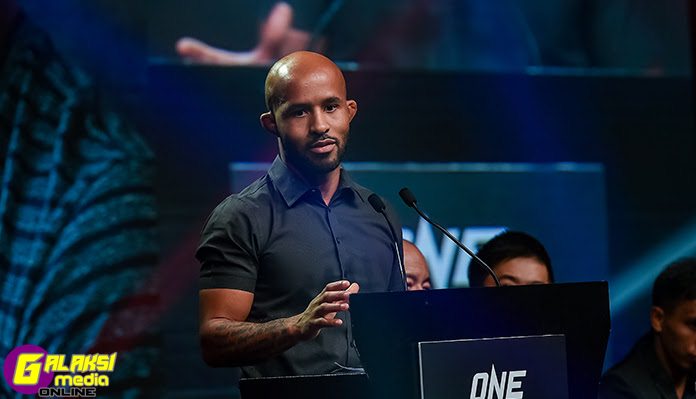 Demetrious “Mighty Mouse” Johnson is eager to share the cage with his fellow ONE Championship flyweights in 2019.

The AMC Pankration representative described the weight class as ‘highly competitive’ and admitted everyone can stand victorious against one another.

“This division is stacked and the best thing is, they’ve all faced each other before and had wins and losses,” the 32-year-old explained.

“On any given day, any of them can win the fight, and that’s another thing I love about ONE Championship.”

Johnson, who will be making his debut at ONE: A NEW ERA in Tokyo, Japan on Sunday, 31 March, also loves the mentality of the flyweights on the roster.

A distinct feature that sets ONE Championship apart from other promotions is the level of respect the company’s athletes have for each other, and that has resonated with the American.

“These guys aren’t afraid to put it on the line because the promotion and the fans don’t care if you lose – it’s not the end of your career,” he continued. “They respect that you come to compete.”

The contest, which marks the American’s first non-title bout in six years, will also be a quarterfinal match-up in the ONE Flyweight World Grand Prix.

“I cannot wait to see how the brackets work out, and to just get going. I’m hoping I can stay healthy, as I think that will be the most difficult part – competing so often – but I will fight as much as my body will let me.”

Johnson joined ONE Championship in late October as part of the first trade in the sport’s history.

The deal saw “Mighty Mouse” arrive from the UFC while former ONE Welterweight World Champion Ben “Funky” Askren was sent in the opposite direction.

Just watching the live spectacle cageside made him even more excited about his future with the organization.

“The team was awesome with so much energy,” he said.

“The production of the show was so cool. I loved the old-school ring entrances with the fireworks and the whole nine yards. Nora [Chompunich] the ring announcer is fantastic, and the fans were great!”

In just a few months, those fans will be cheering for him as he begins his quest towards the ONE Flyweight World Title.