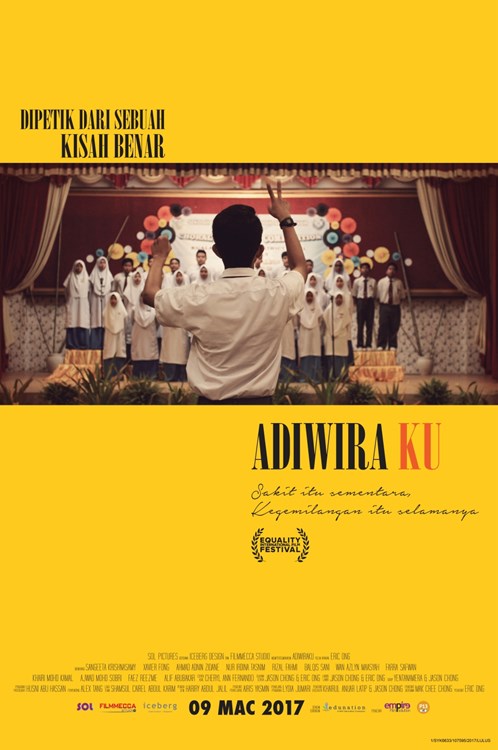 20 Feb  2017  – Adiwiraku, a highly anticipated  local independent   movie is set to be screened   in major  cinemas nationwide   come  9 March 2017.  This two-hour biopic directed  by Eric Ong tells  the true  story  behind  a teacher who  left the comfort  of her home in Kuala Lumpur to teach in a rural  school in Sungai Petani, Kedah. 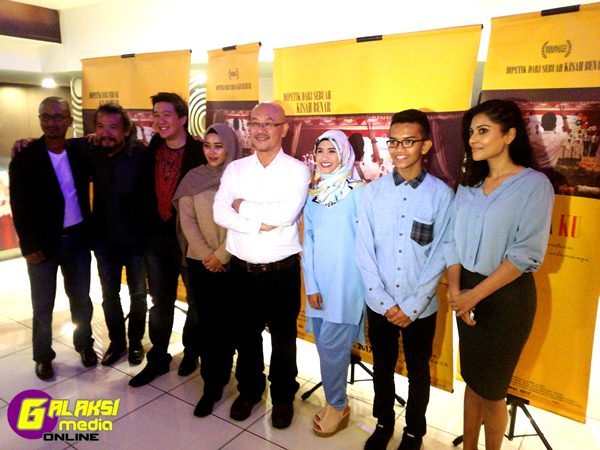 Adtwiraku stars  local  model  and  actress  Sangeeta  Krishnasamy  who  plays  the role  of Cheryl Ann Fernando. Others  in cast  include  Xavier Fang, Wan  Azlyn, Farra Safwan and Adnin Zidane. “”hat makes the movie even more special is that it features  some of the actual students  from the school.

The  movie  centers   on  the  joys  and  struggles   of  an  English  teacher   who  is determined   to set up a choral  speaking  team  and get her students  ready  for the district  level competition.  Along the  way. she  deals  with poverty  and dropouts but strives to get her students  interested  in learning English.

This  one-of-a-kind   movie  is  set   to  tug  on  heartstrings   especially  with  60 students   from the  actual  school SMK Pinang  Tunggal  starring   in it  Adiwiraku vias shot in Sungai Petani, Kedah.

Director  Eric  Ong said  he  was  so  inspired   by  the  determination    of  Cheryl Fernando  that he turned  her struggles  into a movie. He said, “She was teaching high  school  students   who  couldn’t  read  and  write.  instead  of complaining,  she took matters  into her  own hands  and found ways  to change the situation  for the better. This story is very inspirational.”

According to actress  Sangeeta  Krishnasamy, Adiwiraku is her tribute  to the many teachers  out there  who go to great lengths for their students’  future. “The beauty of teaching  is that you don’t  just get to their  minds, you get to their  hearts”,  she said.

Adiwiraku   is  a  semi-finalist   in  the  Equality  International    Film  Festival  and Finalist  for  the  Phoenix  Film Festival  Melbourne   2017.    Adiwiraku   is  also supported  by EduNation Malaysia, the largest free online resource for secondary and primary  school.