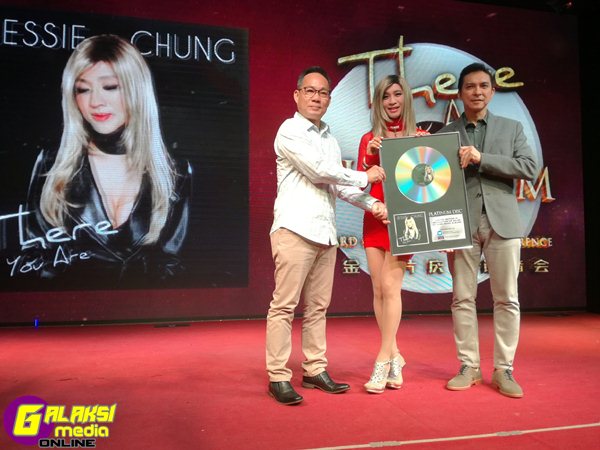 Good news just keep rolling in for Princess of Rock Jessie Chung! After a thousand fans attended Jessie’s launching show in Dongguan, Guangzhou, China, Future Entertainment & Music Group brought in the electrifying news : THERE YOUR ARE is now certified platinum! 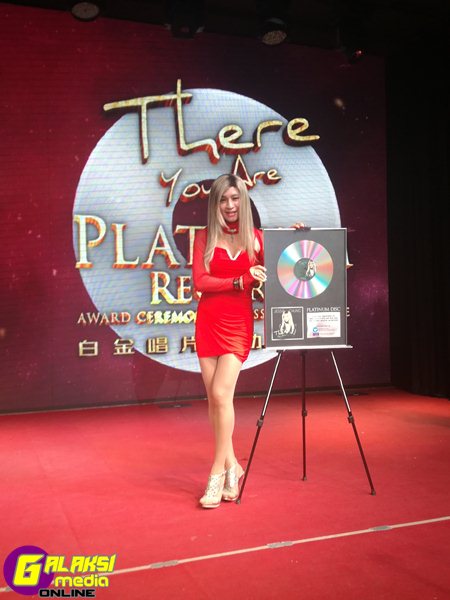 THERE YOU ARE  has stayed in the top ten of the international chart for eight consecutive weeks. Jessie’s album first debuted at number two, only two points behind chart leader LADY GAGA; in the second and third week , THERE YOU ARE remained in the chart’s top three. In the fourth week  it ranked sixth, in the fifth week it ranked eighth, and in the sixth week it ranked tenth. In the seventh week, the album surged back up to eights, and stayed there in the eight months. Jessie Chung and Lady Gaga are the only female singers who have stayed in the top ten for eight consecutive months. 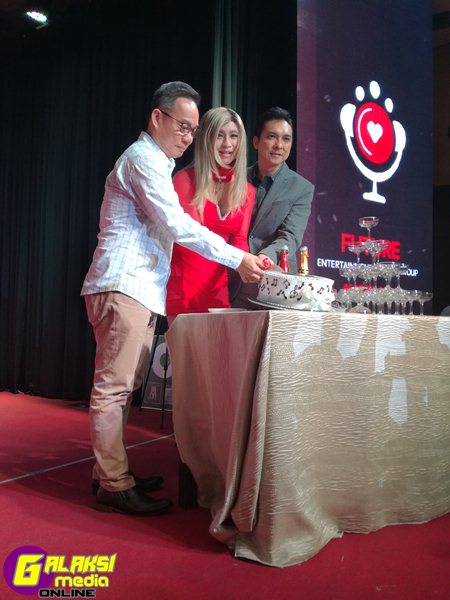 Upon its debut in China, “THERE YOU ARE” succesfully entered into Baidu’s Music Chart, so far it has resin to 9th place.

Chairman of the Recording Industry Association of Malaysia (RTM) and Managing Director of Warner Mucis Malaysia & Singapore Darren Choy stated that most albums, when released into the market, typically only see a momentary spike in sales for a mere one to two weeks; sales plummet almost instantly in the next few weeks. However, a true first class album can sustain its sales continually; this is a characteristics a platinum album should boast.

Darren expressed, “Jessie`s previous album THERE YOU ARE was really well-received and popular. This fact can be further established by the music videos in it, which has each garnered more than one million views on YOUTUBE,  this is an achievement that you rarely see.  Moreover, her new album BE STRONG has been going from strength to strength, so far its total views on YOUTUBE has  already surpassed one million in a short period, Congratulations.”

General  Manager of Malaysia physical record distributor PMP Entertainment. Mr Wong expressed that Jessie Chung’s certified platinum record is a rarity, a scarcely seen feat in this age where physical record sales are unpopular among the masses. In three months, THERE YOU ARE’s total sales exceeded more than 15,000 copies, this is something local artist of today have trouble achieving. Besides, the new album BE STRONG, which has recently gone gold in Malaysia, has sold over  5,000 copies in a week; we are all thrilled by its results.

Next stop in Jessie Chung`s BE STRONG tour will be on NEW YEAR`S EVE at 8 pm at Paradigm Mall in Kelana Jaya, where she will be meeting her fans. Then on the next day at 3 pm, Jessie will celebrate the arrival of 2017 at AEON Bukit Tinggi with her fans!