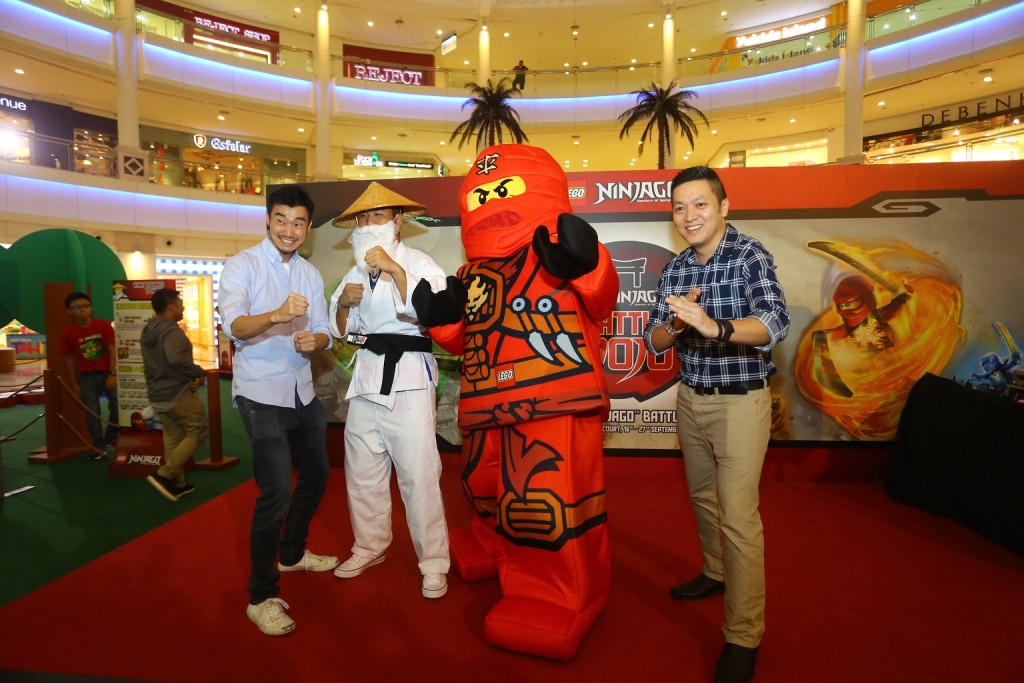 LEGO Malaysia joined forces with the Curve to bring the popular LEGO Ninjago™ franchise to life. Ninja enthusiasts had the opportunity to enter the mystical world of Ninjago™, undergo an intense training only fit for a true Ninja and fight alongside Kai, Zane, Cole and Jay against the evil Morro at the LEGO Ninjago™ Battle Dojo. 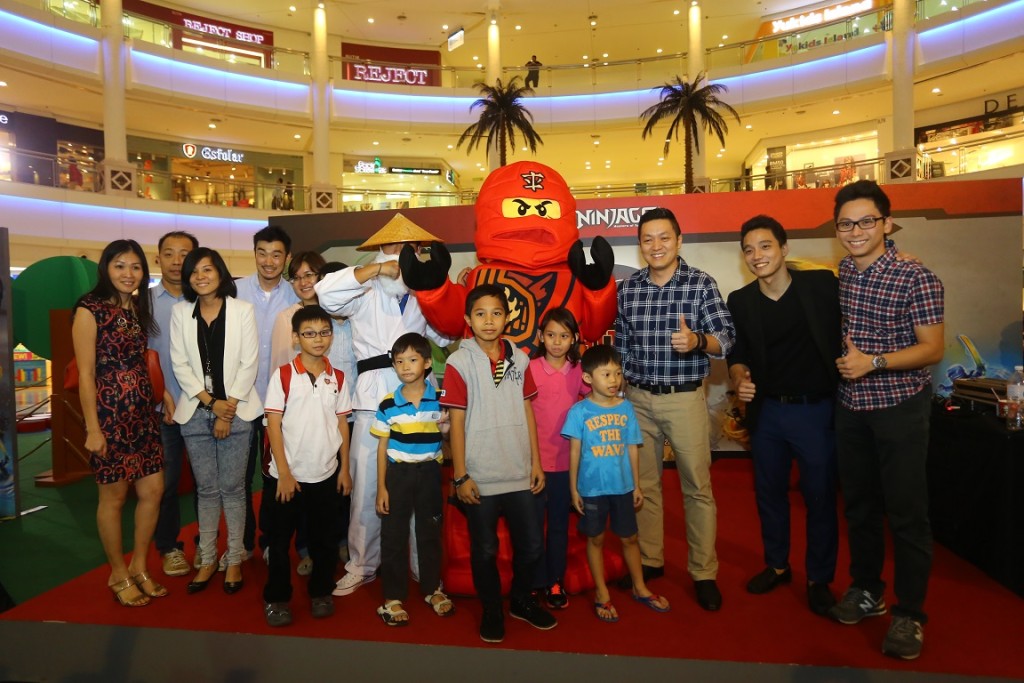 Speaking at the event, Dick Yoong, Country Manager of LEGO Malaysia said, “At LEGO, we strive to provide creative offerings that enrich consumers and fans of all ages, by stimulating their imagination and igniting their ideation. The LEGO Ninjago™ range particularly fosters imaginative play and allows children to construct their own Ninjago™ dream world. It also instils positive values in children such as discipline, integrity, perseverance, courage and strength. One of many, we look forward to bringing more of such fun and educative experiences for our Malaysian consumers in the future as well”.

Priced from RM39.90 onwards, the new LEGO Ninjago™ collections are available at all LEGO Certified Stores, LEGOLAND Malaysia Resort and selected distributors / retail outlets including Hamleys and Toys “R” Us. 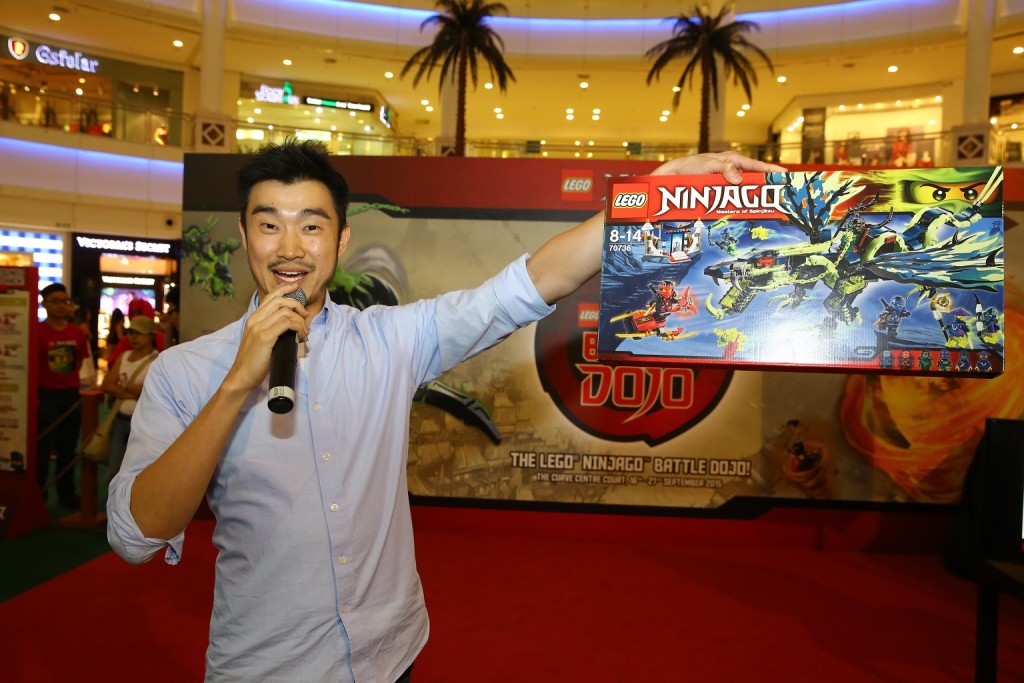 As of 16 September, the LEGO Ninjago™ Temple of Airjitzu will also make its debut in the Klang Valley at the LEGO Ninjago™ Battle Dojo in the Curve. Shoppers who also spend RM200 at any outlet at the Curve will be entitled to redeem a LEGO product at the concierge.

“We are excited to collaborate with LEGO Malaysia for this exhilarating event to bring the unique Ninjago™ experience to town. With the specially-designed challenges and various fun activities, this is an adventure like no other and will definitely be a memorable Ninja adventure for families of all ages here at the Curve, “said Jazmi Kamarudin, General Manager of the Curve.

As a part of the event, budding Ninja warriors got an opportunity to immerse themselves in the LEGO Ninjago™ experience by traversing through 5 different lands – Build, Hiraki Lake, Calligraphy, Wisdom Path and Airjitzu Battle Zones – as apprentices before earning their rightful place as Ninja warriors. They began their exciting Ninja path by creating their own Ninjago™ character and then crossed the treacherous Hiraki Lake on a narrow beam. Their knowledge of all things Ninja were then put to the test as the Ninja apprentices constructed ninja words in teams. They eventually made their way to the wisdom pathway where they found Airjitsu clues in a puzzling maze to unlock their final phase of their training. 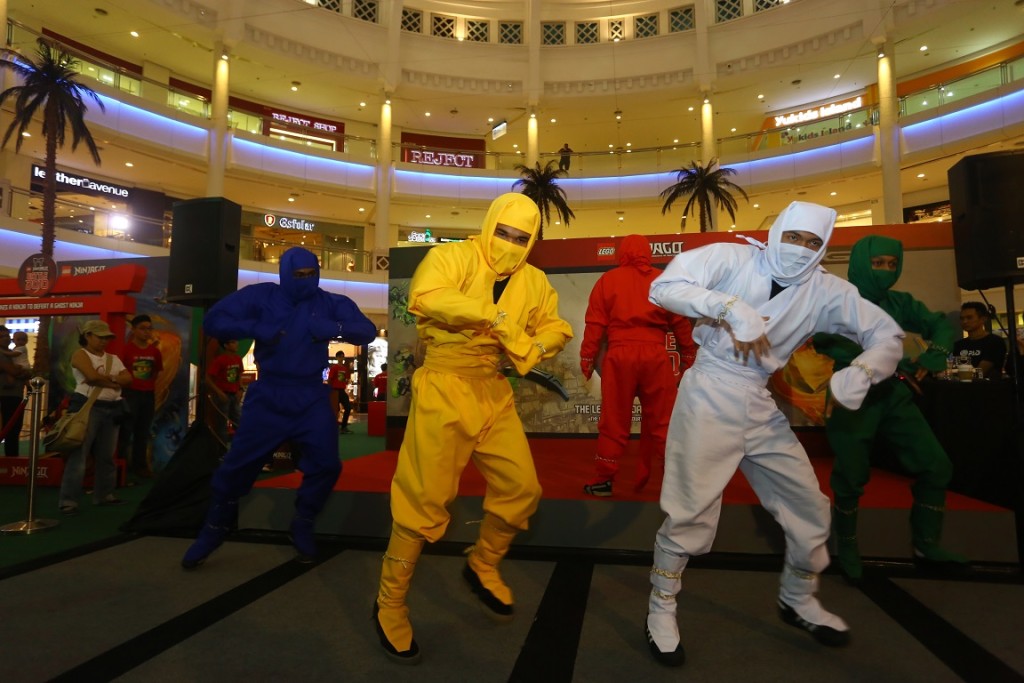 The LEGO Ninjago™ culminated in an exciting battle with the ghost Ninja using Airjitsu flyers. Upon completing the final leg of the training, they were then awarded with a Ninjago™ certificate by Sensei Wu signalling their turn as full-fledged Ninjas.

On till the 27th of September, customers can themselves experience the LEGO Ninjago™ Battle Dojo and have the experience of ultimate face-off against the evil Morro! For more information on this event, please visit the Curve’s Facebook page at http://www.facebook.com/theCurveShoppingMall

General public can also enter the world of Ninjago™ with the LEGO ‘Ninjago and The Realm Of Shadows’ live show at LEGOLAND® Malaysia Resort from today. A world’s first, this 20 minute Bunraku or puppet-style show will see Ninjas Kai, Nya, Zane, Cole, Jay and Lloyd go on an epic mission to protect Bandit, a YinYang Dragon from the clutches of the evil Clouse and his Shadow Minions, using a combination of state-of-the-art 4D special effects and mind-blowing video mapping, promising a sensory immersive experience.

The LEGO Ninjago™ Battle Dojo will also make its way to Queensbay Mall in Penang and Empire Shopping Gallery in Subang from 21 to 27 September. For more details, please visit http://ninjagobattledojo.lego.com/