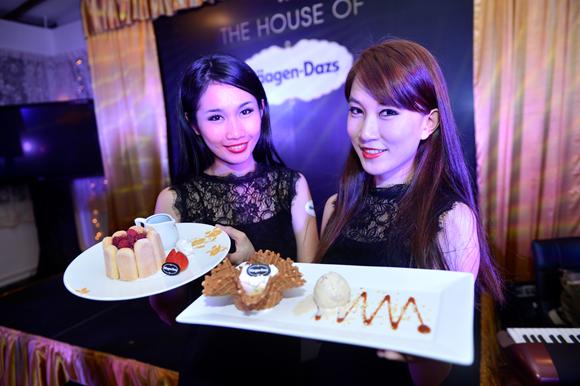 Häagen-Dazs unveiled its largest campaign to date in all its key markets around the world including Malaysia. The campaign establishes the ‘House of Häagen-Dazs’ and brings to life its philosophy of superior craftsmanship and quality much in the way a fashion house would do. In conjunction with the launch of the House of Häagen-Dazs, the new Secret Sensations in a Pint range and Secret Sensations creations were introduced; which are set to indulge the taste buds of the discerning.

To start the evening with a delectable aura of mystery, 150 distinguished celebrities like Celebrity Chef Anis Nabilah, Beatrice Looi, Nadia Heng and other VIP guests met at an appointed spot in Kuala Lumpur before being whisked away to a “secret” location. Later revealed to be Maison Francaise on Jalan Changkat Kia Peng, guests were introduced to a world where their sense of touch, smell, taste, sight and sound were teased. Guests were greeted by sweet-smelling vanilla scent as they walk through the doors of the House of Häagen-Dazs followed by a sensual rose scent. Evidently, every aspect of the party was inspired by the superior craftsmanship, innovation and attention to detail and quality that lies at the heart of Häagen-Dazs since 1961.

To introduce the new ‘Secret Sensations in a Pint’ range that combines creamy ice cream with hidden pockets of sauce, a team of Mixlogists served a sensational series of bespoke ice cream cocktails that integrate amongst others, the Secret Sensations Chocolate Fondant and Crème Brulee flavors. Guests could order cocktails based on what they were feeling at the moment such as Irresistible, Sensual, Indulgent, Sensational, Captivating and Desirable. 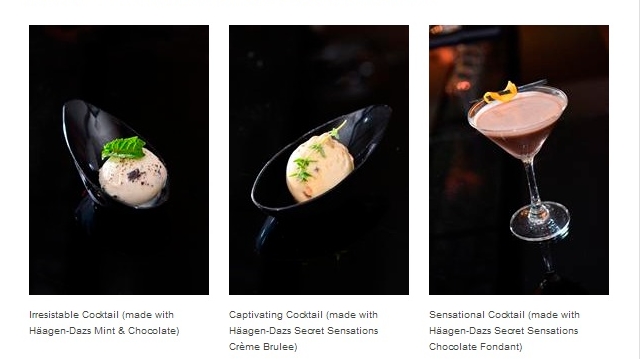 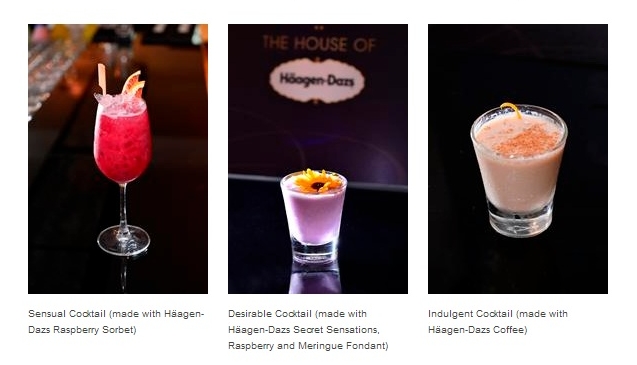 One of the highlights during the evening affair was the unveiling of the House of Häagen-Dazs TV commercials, ‘Seduction’ and ‘Sensational Entrance’ featuring Hollywood A-lister and Academy-Award nominee Bradley Cooper. Shot on location at the luxurious Zámek Ploskovice estate in Prague, ‘Seduction’ sees him pursuing model Jana Perez in a party only to be left disappointed after she steals his Häagen-Dazs ice cream and takes off. In ‘Sensational Entrance’, the Haagen-Dazs Secret Sensations in a Pint proved to be more captivating and sensational than People Magazine’s 2011 sexiest man alive.
Guests were also entertained to a soulful rendition of a live performance of “Spoonful”, a track written by Belgium singer Selah Sue for the House of Haagen-Dazs TV commercials. There was also an Instagram contest held during the event, as well as a lucky draw where the winner walked away with a grand prize of a year’s supply of Häagen-Dazs ice cream.

“The new House of Häagen-Dazs campaign will reassert the pioneering, quality credentials of our brand and captivate consumers through a lifestyle that transcends beyond the ordinary. At the Malaysia launch we want to communicate our craftsmanship and luxury positioning through a carefully curated program that elevates ice cream to a fine art and experience that engage with consumers emotionally and offer unexpected delights from Häagen-Dazs. Anyone can experience the luxurious House of Häagen-Dazs when enjoying our ice cream at any touch points from holding a mini cup or pint at home to carefully crafted creations at Häagen-Dazs shops,” quotes Mr. Narubodee Wathanakom, Head of Marketing of Singapore, Malaysia, Thailand & Asia Distributor Markets. 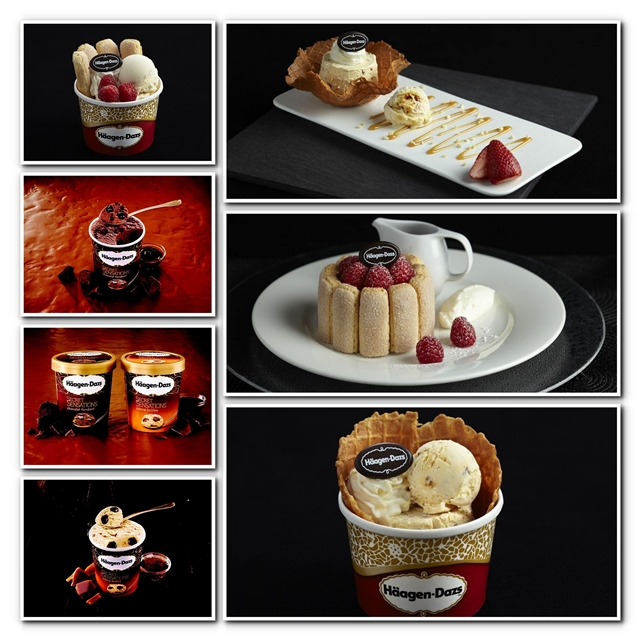