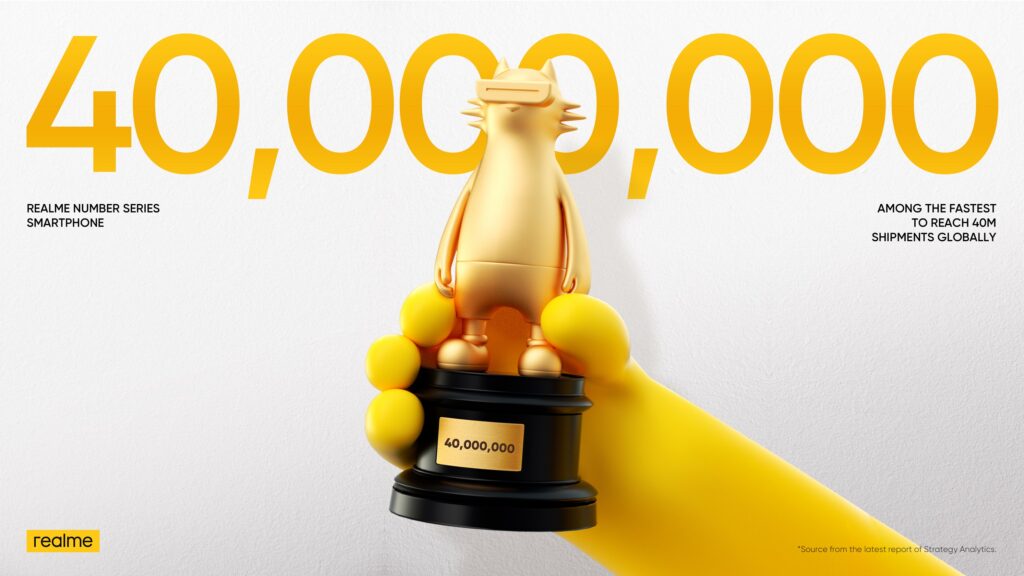 “We’re thrilled to hear that realme has successfully reached its milestone, and we’re glad that the Malaysian market was able to contribute to this fantastic global achievement. We thank our Malaysian fans who have shown continuous support towards us throughout the years. With this accomplishment, it shows that realme’s goal to be positioned amongst the top 3 in the smartphone category here in Malaysia, is also achievable. Together with our philosophy to providing accessible cutting-edge technology for all, we hope our fans continue to anticipate more exciting announcements to come their way in 2022 and beyond,” says Crystal Gong, Brand Director of realme Malaysia.

As one of the fastest Android smartphone product lines to reach 40 million shipments, the realme Number series achieved this milestone in only 14 quarters after realme 1 launched in 2018. Before that, only Samsung A Series, Xiaomi Redmi Series, Oppo A Series, and Vivo iQoo Series, reached this milestone.