(SUKAN)  Agilan Thani Has His Eyes On A Finish At ONE: DESTINY OF CHAMPIONS 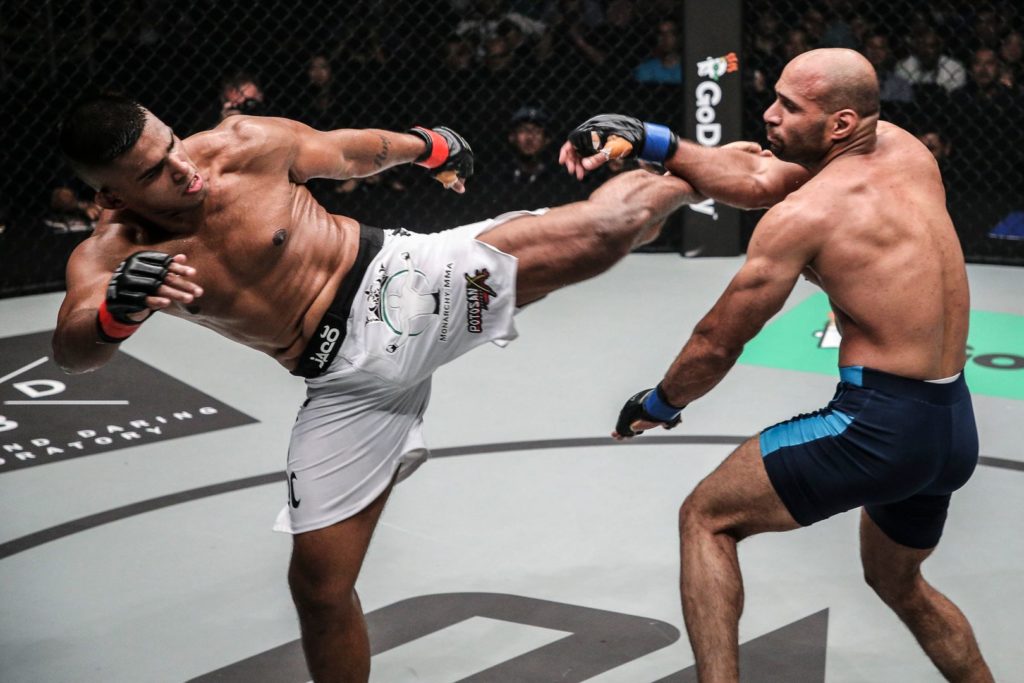 The Monarchy MMA product will take on Kyrgyzstan’s Kiamrian Abbasov (19-4) in the co-main event of  ONE: DESTINY OF CHAMPIONS, which takes place at Kuala Lumpur’s Axiata Arena, and he is pumped for the promotion’s final event of 2018.

“I’m looking forward to ending the year with ONE Championship with a bang. It’s been a long year for me, but this fight would close another successful year in my career,” the 23-year-old said.

“I’ve got my eyes on a finish on 7 December. I’m aiming to give my best performance, and I don’t expect him to do anything out of the box. I’m entering the cage with a clear mind and a burning desire to win.”

Thani, once an obese teen, has a very experienced opponent in Abbasov, who has been competing professionally since 2011.

The 25-year-old has developed a reputation as a finisher. In fact, nine of his victories come via knockout, and another three come via guillotine choke.

“Abbasov is a well-rounded athlete with crazy footwork. It’s hard to say how good he is, but I’ll find out first-hand come 7 December.”

On paper, this is a classic striker versus grappler match-up.

While Abbasov is known for his striking expertise, Thani — a MIMMA Welterweight Champion — is viewed as the better of the two on the canvas. He is a Brazilian jiu-jitsu brown belt who has five submission victories inside the cage.

The only two losses on the Malaysian’s slate come from a pair of ONE Welterweight World Champions — Ben Askren, who he fell to in his title challenge back in May 2017, and Zebaztian Kadestam from back in July.

However, he views those defeats as valuable learning experiences.

“I’m still only 23, but by losing to two world champions in Kadestam and Askren, I’ve learned a lot,” he admitted.

“It’s not the greatest thing to say, but it happened, and it left me with no choice but to train harder. These are some lessons in life we go through as an athlete.”

Now, he intends to bring the newfound knowledge he has learned with him into the cage on 7 December with the hopes of defeating Abbasov and working back towards another title opportunity.