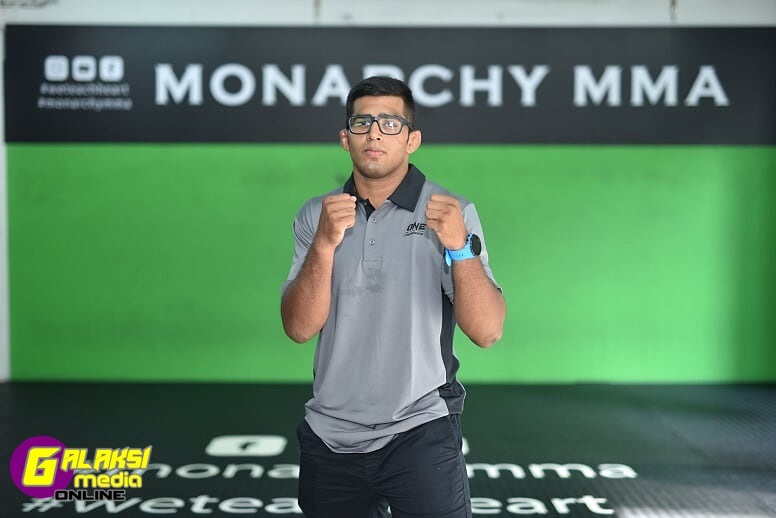 Malaysian welterweight sensation Agilan “Alligator” Thani has drawn the positives in everything life has thrown to him.

On Sunday, 13 October, at ONE: CENTURY PART I, the Sentul resident will need to pull out his courage once again to formulate a new winning strategy against Japanese martial arts icon Yushin “Thunder” Okami.

Thankfully for the youngster, he doesn’t have to travel too far back in time to search for inspiration. According to him, his win against Yoshihiro “Sexy Yama” Akiyama on June 15 already presented him with a belief ahead of this match.

“I can look back at that performance as a special moment. I’m still digesting what I did in June because Akiyama is a big name and a very well experienced guy. I saw huge improvements in myself,” he said, adding, “Also, it was my first match following a surgery I had at the end of the year. It was special.”

Though he may look back at the match as a source of inspiration, Thani stresses that the same formula never works.

“When I was fighting from 1-0 to 7-0, my coaches were never doing the stuff I was doing today. Besides, the competition level was not where it is today,” the 24-year-old Thani stated.

“There are bigger names everywhere now, in my last fights, I’m either fighting number one contenders or the world champions. And now, I’m competing against two guys who competed in America several years ago.

The Monarchy MMA athlete has always dealt with more experienced opposition throughout his journey, but pulling off a win against the “Thunder” might be his toughest mission yet.

And that is why Thani strives to adopt everything his coaches teach him whether it is about the gym, dieting, rest, or martial arts practice.

“Coco [Conrado Furlan, Thani’s head coach] has helped me get to the form I am in now, he spends so much time analyzing and giving every athlete a specific program, and I’m very thankful for that,” he said.

“At the end of the day, I hope it works well in my favor.”

ONE: CENTURY is the single greatest martial arts event in the last 100 years.

Read more from ONE Championship:

Courage Has Powered Agilan Thani Through His Martial Arts Career

Agilan Thani Bounces Back To Spoil Yoshihiro Akiyama’s ONE Debut

7 World Titles Will Be On The Line At ONE: CENTURY