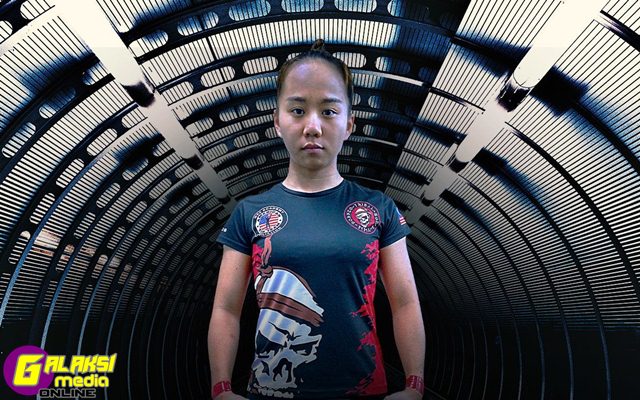 Sabahan martial artist Audreylaura “Ice Comet” Boniface will make her long-awaited return to the cage at ONE: REIGN OF VALOR on Friday, 8 March.

The event, which is set for the Thuwunnna Indoor Stadium in Yangon, Myanmar, will see the Borneo Tribal Squad athlete face Myanmar’s Bozhena Antoniyar in a women’s atomweight contest.

The 29-year-old Malaysian has her heart set on claiming her first victory in ONE Championship, a year removed from her last appearance.

Boniface, who is a doctor by profession, has continuously sharpened her skills throughout her time off with fellow ONE Championship stars AJ “Pyro” Lias Mansor, Hisyam “Zephyrus” Samsudin, and Ann “Athena” Osman.

Bozhena Antoniyar, her opponent, will be no stranger at the venue. She pleased the Myanmar crowd with a jaw-dropping 24-second technical knockout during her debut against fellow countrywoman Shwe Sin in February 2018.

The local hero will have her eyes on replicating that knockout victory — the fastest finish in ONE Championship women’s history — when she takes on “Ice Comet.”

Another Myanmar athlete who will be flying the national colors is Phoe “Bushido” Thaw.

The lethwei specialist will be hoping to return to the win column as he takes on Indonesia’s “The Iceman” Yohan Mulia Legowo.

The bouts are two of six announced on Monday, 4 February, alongside an epic ONE Welterweight World Title main event.

The Swede, who claimed the vacant belt last November with a stunning fifth-round knockout against previously-unbeaten American Tyler McGuire, will come up against a very different opponent this time around.

Kichigin has recorded 16 victories by way of submission and is on a 14-bout win streak, with his last defeat coming nearly five years ago.

Former ONE Bantamweight World Title challenger Toni “Dynamite” Tauru is another athlete who will be marking his return. The 34-year-old Finnish star goes head-to-head against debutant Gary “Saint Lion” Mangat of Canada.

Tags: Audreylaura Boniface, In, MYANMAR, ONE CHAMPIONS, ONE: REIGN OF VALOR, Set For Action At
← (SUKAN) ZEBAZTIAN KADESTAM TO DEFEND THE ONE WELTERWEIGHT WORLD TITLE AGAINST GEORGIY KICHIGIN AT ONE: REIGN OF VALOR
(SEMASA) Ismahan dinobatkan sebagai MISS PINKLADY Yang Pertama →