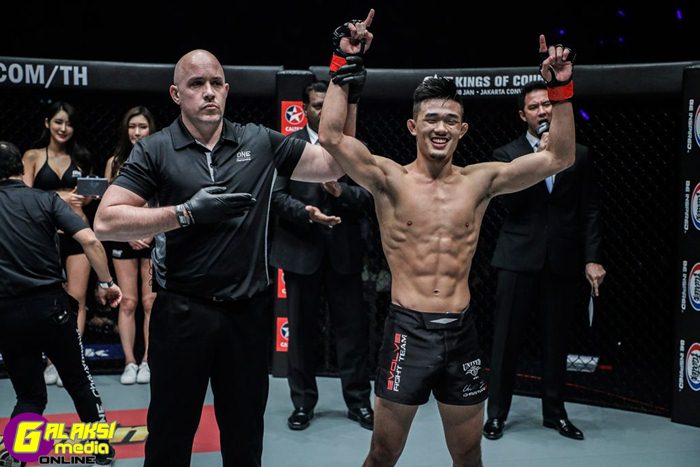 Christian “The Warrior” Lee is one of the fastest rising mixed martial arts stars in ONE Championship.

Ever since he signed with The Home of Martial Arts back in December 2015, he has established himself as a bonafide finisher where out of his 10 victories, six came by way of TKO and four by way of submission. These are incredible numbers coming from one of the youngest talents in the organization.

“It’s been a great journey with ONE Championship so far,” Lee said in an interview with ONE. “I’m going on four years with the company now. It’s been nothing but positive.”

As the Singaporean prepares for his upcoming rematch with Edward “The Ferocious” Kelly at ONE: Eternal Glory, Lee mused over the three things that brought him the current success he has now.

Surround Yourself With The Right People

“The Warrior” was raised by parents who were black belts in various disciplines teaching him and his sister, current ONE Women’s Atomweight World Champion,  Angela “Unstoppable” Lee the ways of martial arts.

His immediate, as well as his Evolve MMA family, is always there to cheer and support him.

“Keep the right people around you,” Lee says. “I feel part of me and my sister’s success is directly related to the fact that we have our parents around us and our family. We have great partners around us. We keep our support unit strong and full of good people.

“I feel like that’s been very important on the road to success.”

Keep Your Feet On The Ground

With an impressive track record corresponding to overwhelming finishes, it would not be surprising for an athlete to have a bit of an ego — but not Lee. He refuses to dishonor his family’s name nor the sport that molded the person who he is today.

“Never lose track of who you are,” Lee explains. “Through my sister’s success – and even through my success in fighting – we always stay humble. We always work hard. We always stay the people we were before we started this journey. I feel that’s very important.”

He has also seen athletes who wasted countless opportunities and their careers by letting their pride get the best of them.

Be A Student Of The Game

As cliche as it may sound, this lesson never left Lee’s heart. His love for the sport is evident in his professionalism and his continuous desire to be a better athlete than he currently is.

“It’s so important, and it’s so underrated,” Lee says.

He has also personalized a few submission moves that he was able to use to win some of his matches.

“I feel like there’s an endless possibility for your skills, for your development as a person and as a fighter. I’m just constantly looking to evolve myself every day.”

At the age of 20, Lee would say that there are still a lot of things to learn and that he has not reached his full potential yet.

Tags: Christian Lee, ONE CHAMPIONS, Shares The Three Main Ingredients Behind His Success
← (SUKAN) 4 Bouts Malaysians Must Watch At ONE: ETERNAL GLORY
(SUKAN) Priscilla Hertati Lumban Gaol Is On A Mission In Jakarta →