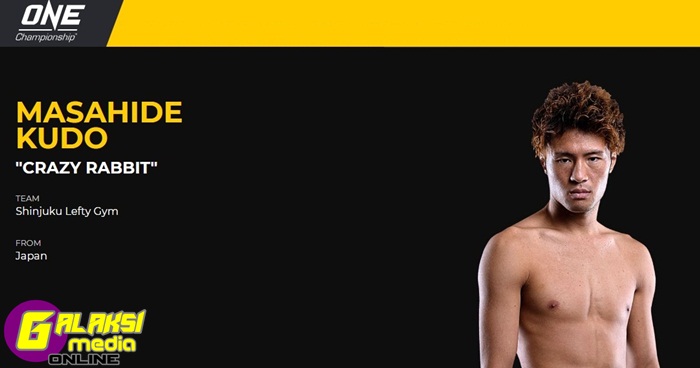 Masahide “Crazy Rabbit” Kudo plans to put on a show for the fans at ONE: IMMORTAL TRIUMPH.

Kudo agrees that his opponent, five-time Muay Thai World Champion Panpayak “The Angel Warrior” Jitmuangnon, will be at his best in Ho Chi Minh City, Vietnam – and because of that, he will go in search of a spectacular finish on Friday, 6 September.

“My record of knockout finishes speaks for itself, so I want to show the fans that,” the 28-year-old said.

“I’ll be attacking constantly to give the fans an entertaining fight. He’s not the brawler type, but, whatever happens, I want to raise the roof.”

With 244 wins and some of the biggest prizes in the world of Muay Thai, Panpayak’s tricks could cause a problem for “Crazy Rabbit.”

However, the Japanese striker has hope as this three-round contest is the first duel under kickboxing rules for “The Angel Warrior.”

The Gunma native also praised his foe’s style and describes it as something excellent.

“[Panpayak] has a complete grasp of distance. I think his understanding of the distance [so he does not get] hit by his opponent’s attacks is amazing,” the RISE Featherweight World Champion said. “Honestly, watching his fights, he has the better technique – it’s excellent.”

“He has probably watched how other Thais have fought me and will use the same approach. He’s southpaw, and he’ll probably want to clinch up when I move. In my last two fights, that’s how they broke my rhythm.”

Despite applauding his opposite number, the Shinjuku Lefty Gym standout revealed that he has some advantages in the striking department.

With a well-formulated game plan, he is eager to leave Vietnam with a spectacular finish this Friday, 6 September.

“He’s a World Champion, so I can’t win if I get caught up in his kicking game. I’m going in with boxing and looking for the knockout finish from round one,” he said.

“I think my boxing skills are better than his, and the open-finger gloves will suit me. Also, because he fights from his distance when he’s forced back, his pace is broken.”