(SUKAN)  How Budo Will Empower Yushin Okami At ONE: CENTURY 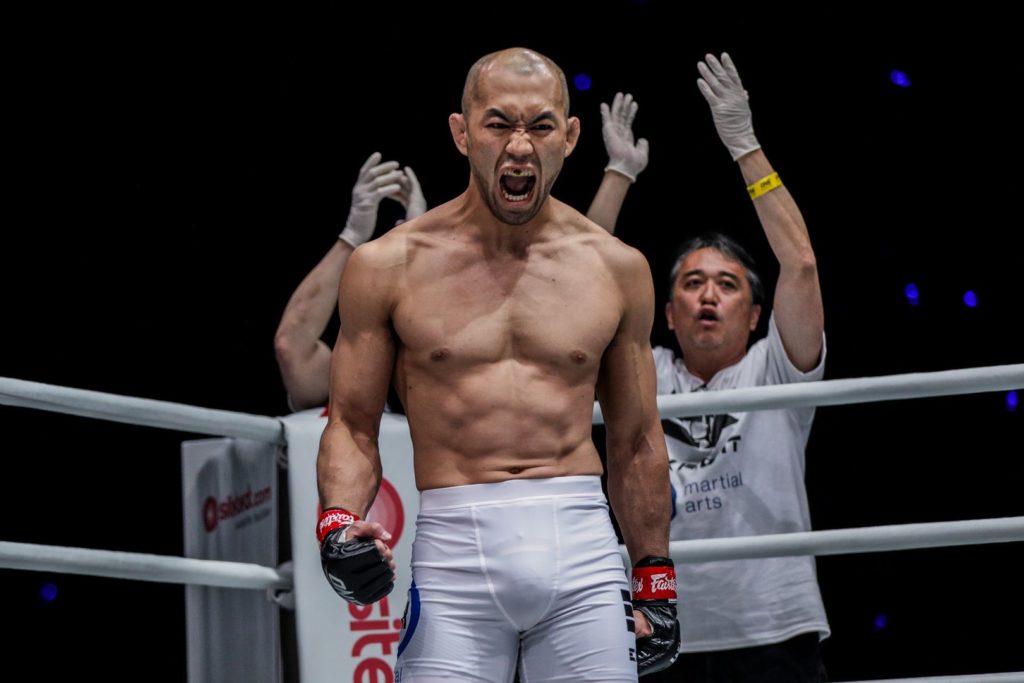 Martial Arts teaches its students about values, and to Japanese martial arts legend Yushin “Thunder” Okami, one of the most important of those values is budo.

“Thunder” faces Malaysia’s top welterweight Agilan “Alligator” Thani at ONE: CENTURY PART I on 13 October – and although he cannot guarantee a win, he can guarantee that he will showcase budo.

The term – which translates as “the martial way” – describes the practices of modern Japanese martial arts, and has been instrumental in Okami’s 17-year career.

“Budo is about pain, about the happiness that winning brings, about the frustration that losing brings, and about sadness,” the 38-year-old described.

“People who win and progress will need to be kind. People who lose will need to put in the effort to get back up and try again to become a winner. Budo instills those attributes.”

Embracing the value of budo is important, as it helps keep the Japanese martial artist humble.

“I think that’s the kind of spirit budo teaches,” the Japanese Mixed Martial Arts Legend said. “Whether it’s judo, kendo, mixed martial arts, or karate, I think it’s important to teach kids that kind of attitude. Of course, the same goes for adults, too.”

Had it not been for budo, the Kanagawa native thinks he might have another perspective of the sport.

Additionally, he stresses that defeat is inevitable in a sport like martial arts, and the only way to accept those setbacks is to learn from it.

“Losing might make your ambition waver, but you gain so much by losing. I’ve learned a lot by losing. It’s not the end when you lose,” the EXFight representative shared.

“There’s a whole new world waiting for you after a loss. You stack those losses up, and what you get in return is a gift. I know that from experience. By understanding that, I’m able to maintain my ambition and continue martial arts.”

With that mindset instilled, “Thunder” is ready for whatever may unfold at the Ryogoku Kokugikan against the highly-skilled Thani.

No organization has ever promoted two full-scale World Championship events on the same day.

Courage Has Powered Agilan Thani Through His Martial Arts Career