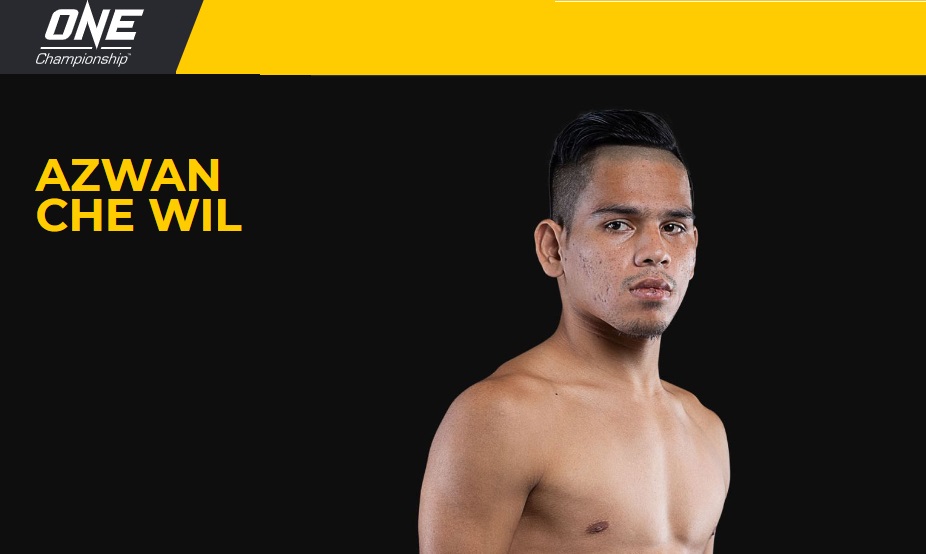 Former OneSongchai S1 Champion, Malaysian striker Azwan Che Wil is looking to bring himself out of his most recent slump when he makes his highly-anticipated return to action this week.

After suffering a handful of setbacks since his ONE Championship debut, the 25-year-old Kuala Lumpur resident says he is hungry for victory, and is determined to turn his career around.

“I’m very excited. It means I have another chance to prove myself again in the Circle, even after two losses in ONE,” said Azwan.

“I’m always motivated, staying fit a hundred percent all the time, and always ready for new challenges. The support I received from my family and friends really helped me bounce back.”

Azwan is scheduled to face KLF World Champion and former ONE World Title challenger “Metal Storm” Wang Wenfeng of China in a three round ONE Super Series Muay Thai contest at ONE: REIGN OF DYNASTIES II, a previously-recorded event in Singapore set for global broadcast on Friday, 16 October.

With his goal to please the millions of fans watching from around the world, especially those back in Malaysia hoping for his success, Azwan looks to put on a show and trade strikes with a dangerous opponent, right at the center of the ONE Circle. And given that this bout will take place with 4-ounce gloves, power will be amplified and anything can happen.

Azwan knows what to watch out for when he steps into the Circle with Wang. He’s analyzed his opponent’s biggest advantages, and with his team has come up with a game plan to counter those strengths.

The 25-year-old wants fans to watch closely, as he promises an action-packed affair.

“His range will be his advantage, so I’ll try to close the distance by always moving forward. I want to exchange blows with him in close quarters, so I need to be faster and stronger than he is. That’s what I’ve been preparing for,” said Azwan.

“Range will be his main weapon, and he is very fast too. So I’ll try to stand strong in front of him and exchange blows with him to see who comes out on top.”

Greater than his return to action, Azwan says he’s even more excited to once again represent his home country in the ONE Circle, and make all Malaysian fans proud with an exciting performance by trading ‘power shots’ with Wang.

“It’s every Malaysian’s dream to be able to wave the Malaysian flag at the highest international level of competition, especially in ONE Championship,” said Azwan.

“I’m very hungry for success right now. Anyone who is in my spot really needs this opportunity, so I’m not going to waste this. This will be an all-out performance from me. I want to exchange power shots. I am prepared and ready to go.”