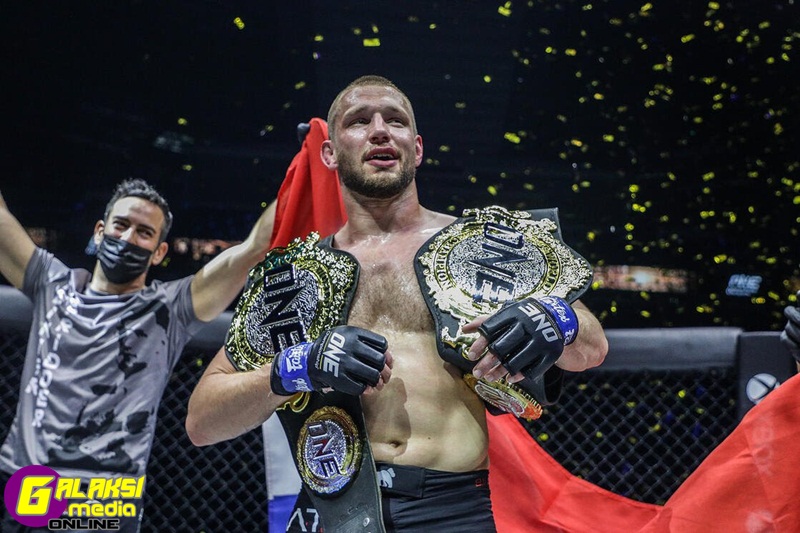 De Ridder brought Aung La N Sang to the mat at will for much of the fight, scoring with a variety of takedowns while threatening with a plethora of submission attempts. The Myanmar icon defended well against those attempts, but the man from the Netherlands proved far too skilled on the mat.

“The Dutch Knight” built on his lead with each passing round. In the fifth and final frame, Aung La N Sang was able to reverse positions on the ground to end up on top. But with only a few minutes remaining, “The Burmese Python” was unable to mount a comeback.

In the end, all three judges scored the bout for De Ridder to win by unanimous decision.

Alvarez closed the distance with multiple shots that led to clinch situations, but Ok defended well against the Circle Wall. In the first round, Ok hurt Alvarez with a punch that sent him crashing to the canvas, where the South Korean nearly found the finish with ground-and-pound. Alvarez survived and was aggressive in the next two frames, but in the end, all three judges scored the bout in favor of Ok to win by unanimous decision.

The opening fight of the main card saw unbeaten heavyweight Kirill Grishenko deal Senegalese sensation “Reug Reug” Oumar Kane the first loss of his professional career, winning by technical knockout in the second round. While Kane tried his best to grapple in close quarters, Grishenko picked him apart with strikes. A big right hand to the chin landed as the second round came to an end, and “Reug Reug” could no longer continue.

And karate stylist Colbey Northcutt showed that she is a threat on the ground, finishing Courtney “No Mercy” Martin with an impressive armbar submission.