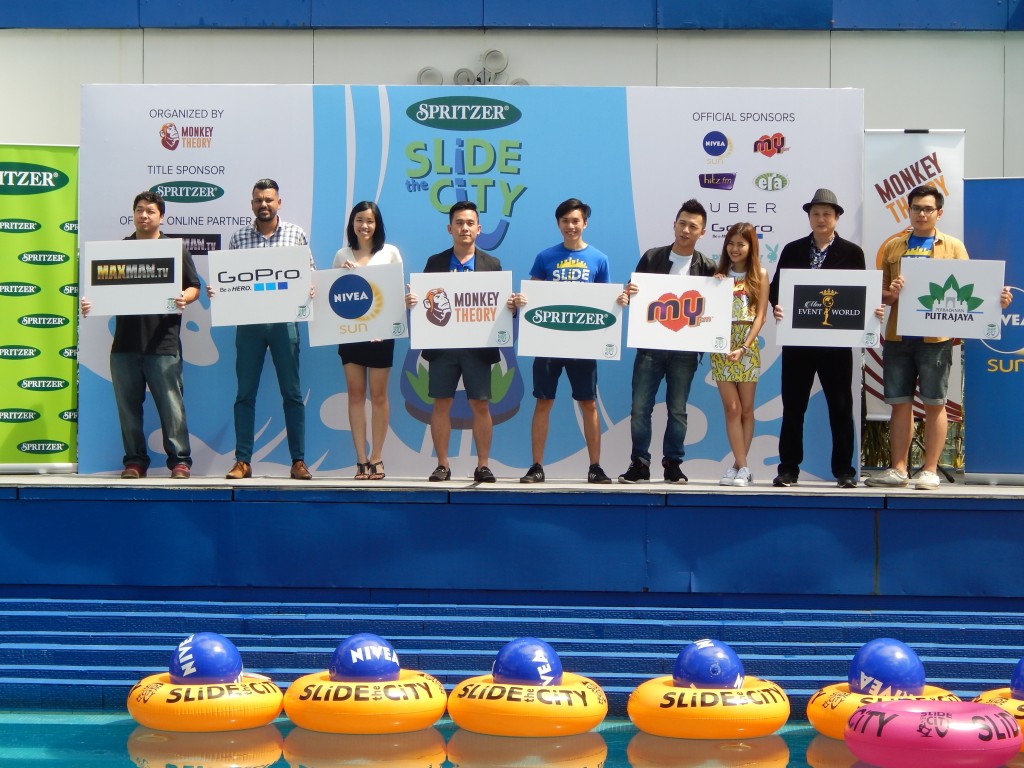 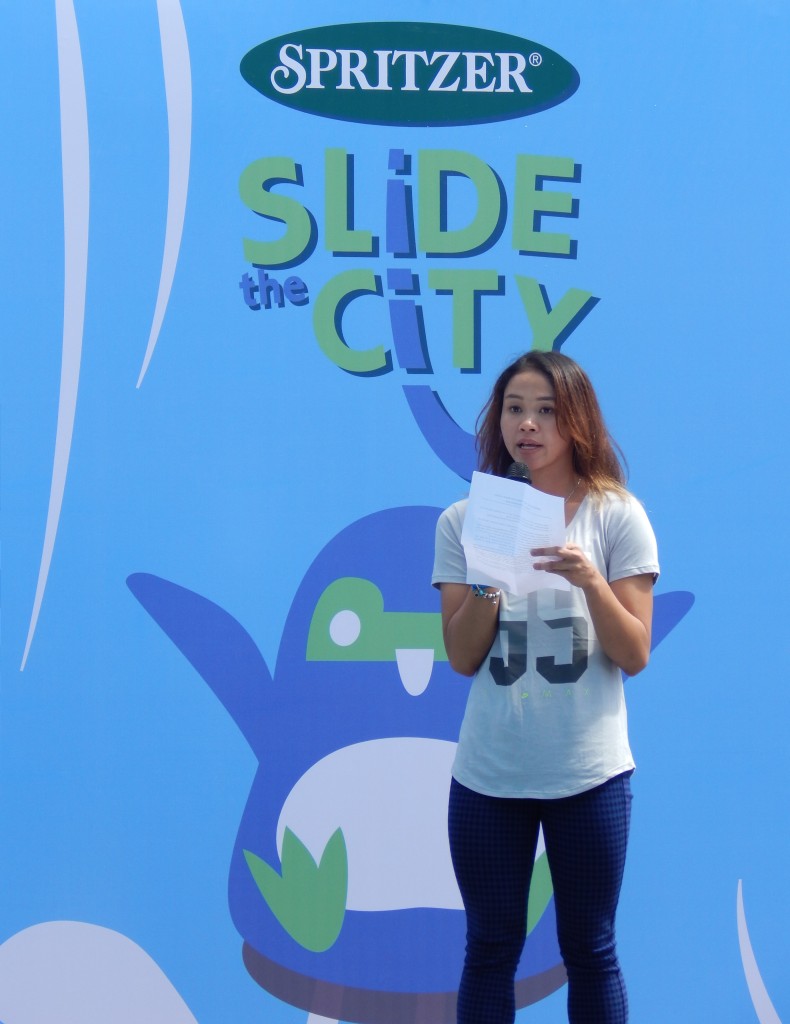 Since its 2013 debut in the United States, this global phenomenon has developed an almost cult-like following worldwide, having reached more than two million people in major cities worldwide which include, among others, Japan and Hong Kong. Now, Slide the City is set to make its Malaysian debut. 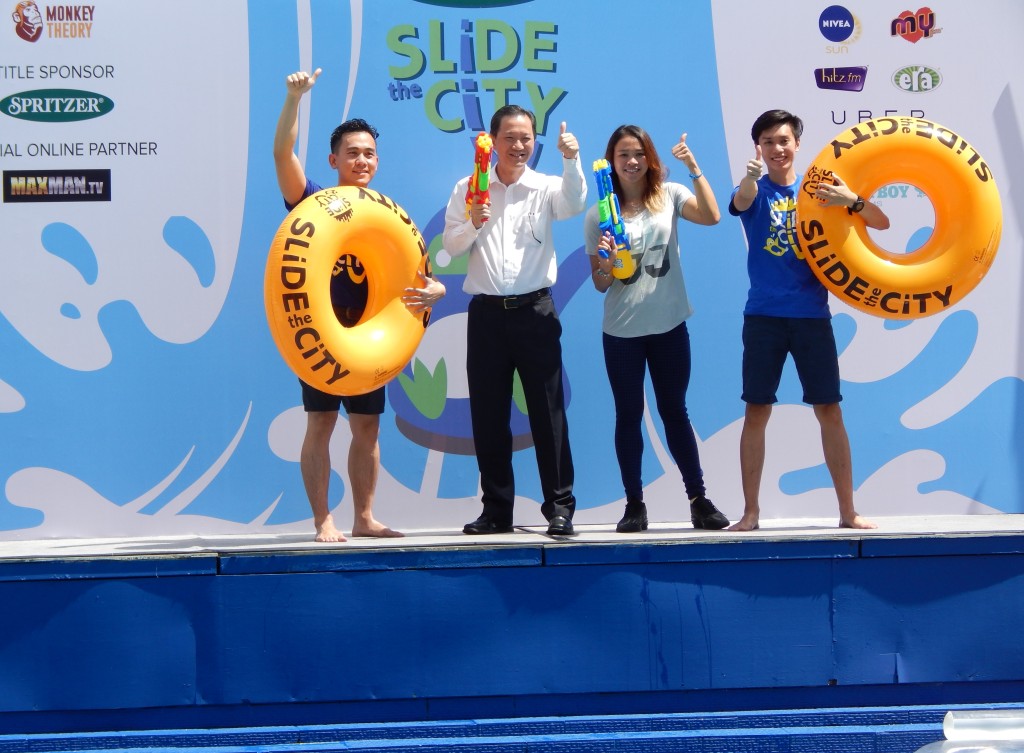 Today’s launch ceremony served as a prelude to the big event, which will see a massive three-lane slip n’ slide measuring 1,000 feet lining Lebuh Wadi Ehsan in Putrajaya on 5 and 6 December. Since the event was announced in August, the response to its Malaysian debut has been overwhelming, to say the least, with passes have been sold out. 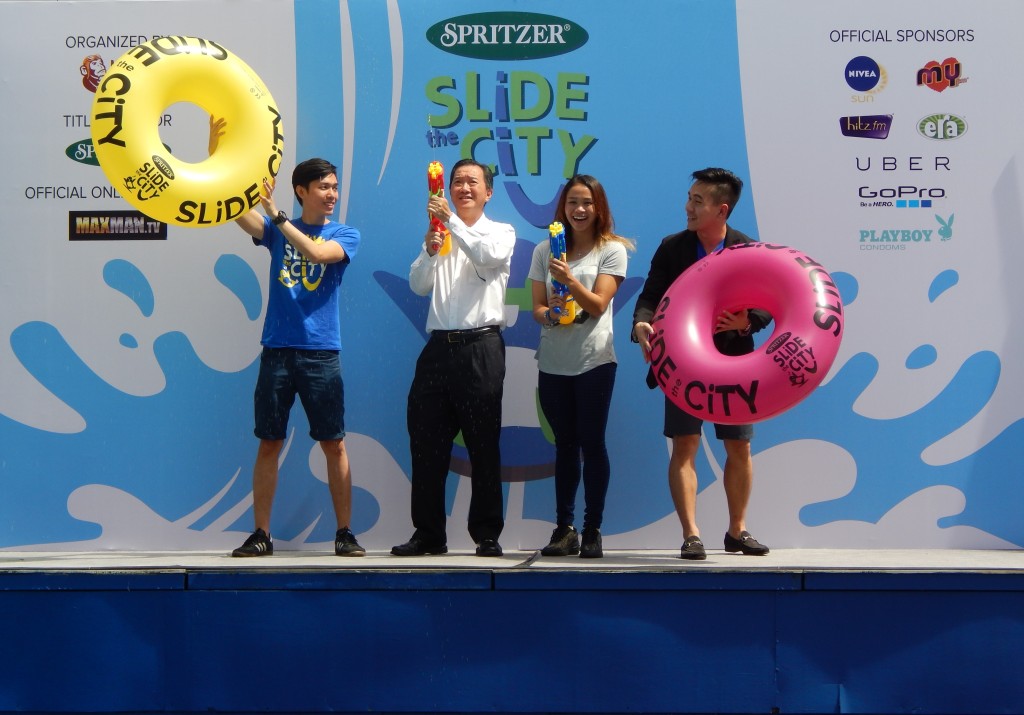 “We never anticipated such an astounding response but all participants of the event will experience what would perhaps be one of their best weekends of 2015,” said Mr Leong Delon, Founder and Chief Executive Officer of Monkey Theory Sdn. Bhd., the organisers of Spritzer Slide the City Malaysia. 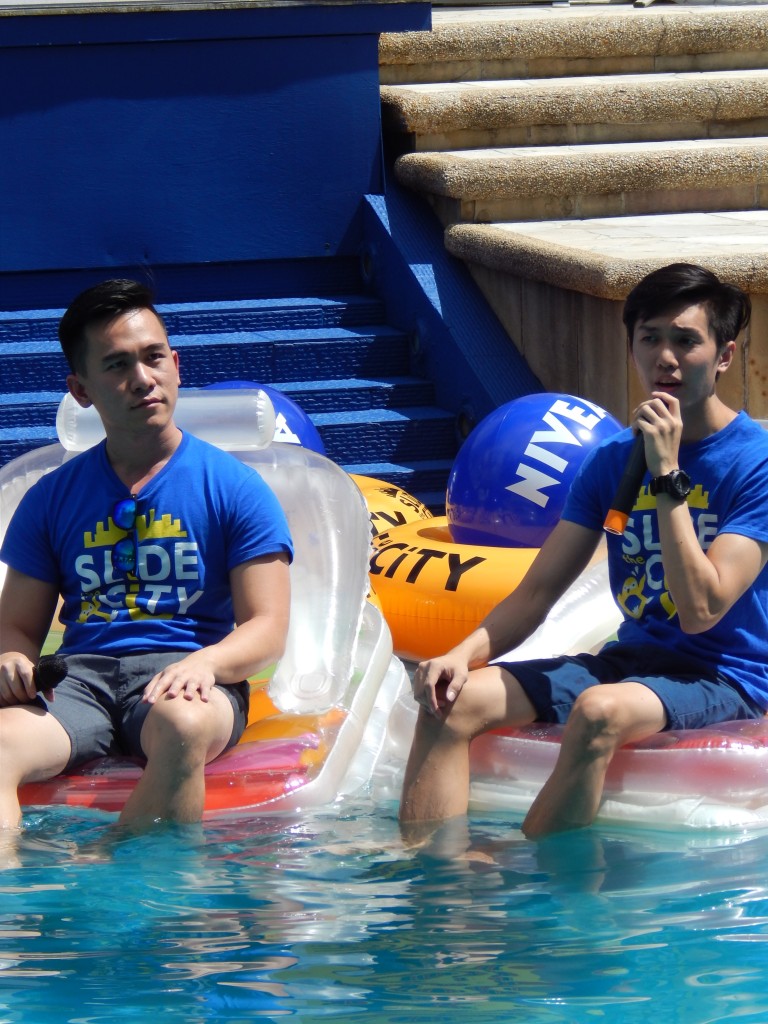 “This is something truly never seen before. Imagine a giant waterslide with the length of three football fields lining the streets of Putrajaya. It’s just never been done – until now. Visitors will indeed be in for a cool and refreshing treat – and we’re going all out to ensure this event is a success together with our esteemed title sponsor, Spritzer and our official sponsors, which include Nivea, Uber, GoPro, MY FM, and Playboy Condoms, as well as the awesome folks at MaxMan.TV as our official online partner.” he added.

He also added that besides experiencing the slide, visitors will also get to participate in many other activities which will take place simultaneously. The carnival-like two-day event will also feature live music, food trucks, games and a host of other activities set to offer fun for the whole family. 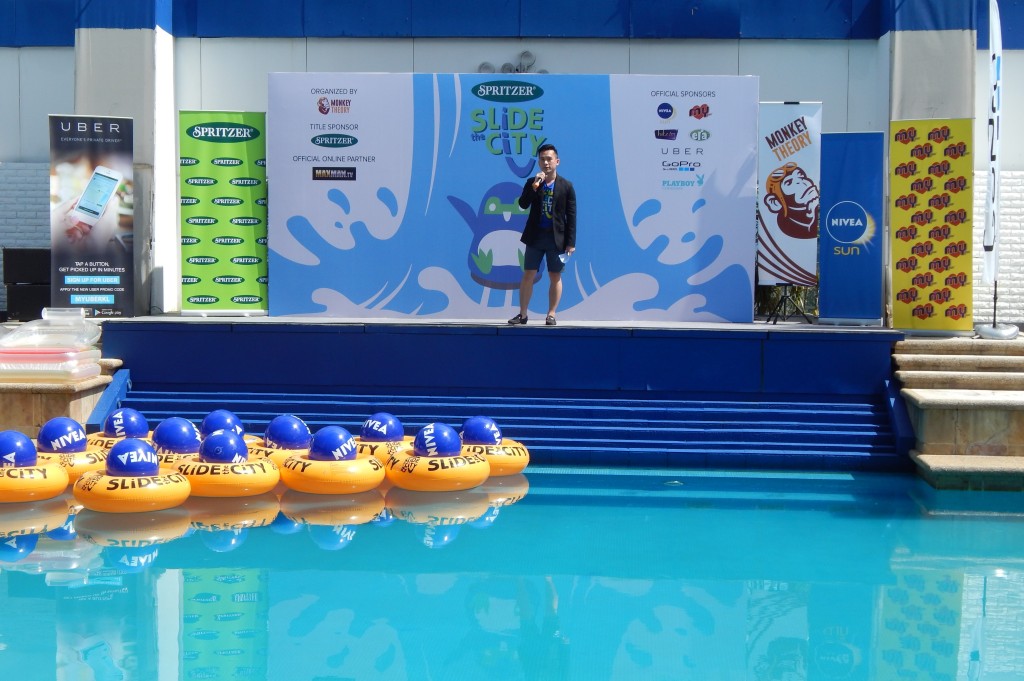 Although designed to be a fun family-oriented event within a carnival-like atmosphere, Spritzer Slide the City Malaysia also champions a more serious, benevolent cause. A portion of the sales proceeds will be channelled towards National Kidney Foundation of Malaysia (NKF) in support of patients suffering from kidney disease. Spritzer Slide the City Malaysia also aims to raise awareness of obesity, targeting a healthy lifestyle in a fun and engaging event in which the whole family can participate.

Mr. Chua Hong Wee, Chief Executive Officer of NKF said, “The statistics are really staggering. In addition to the high prevalence of patients with Chronic Kidney Disease in Malaysia, our country has also registered the highest obesity rate in the world. I therefore laud the efforts of those behind Spritzer Slide the City Malaysia as they band together to organise such a big event.” 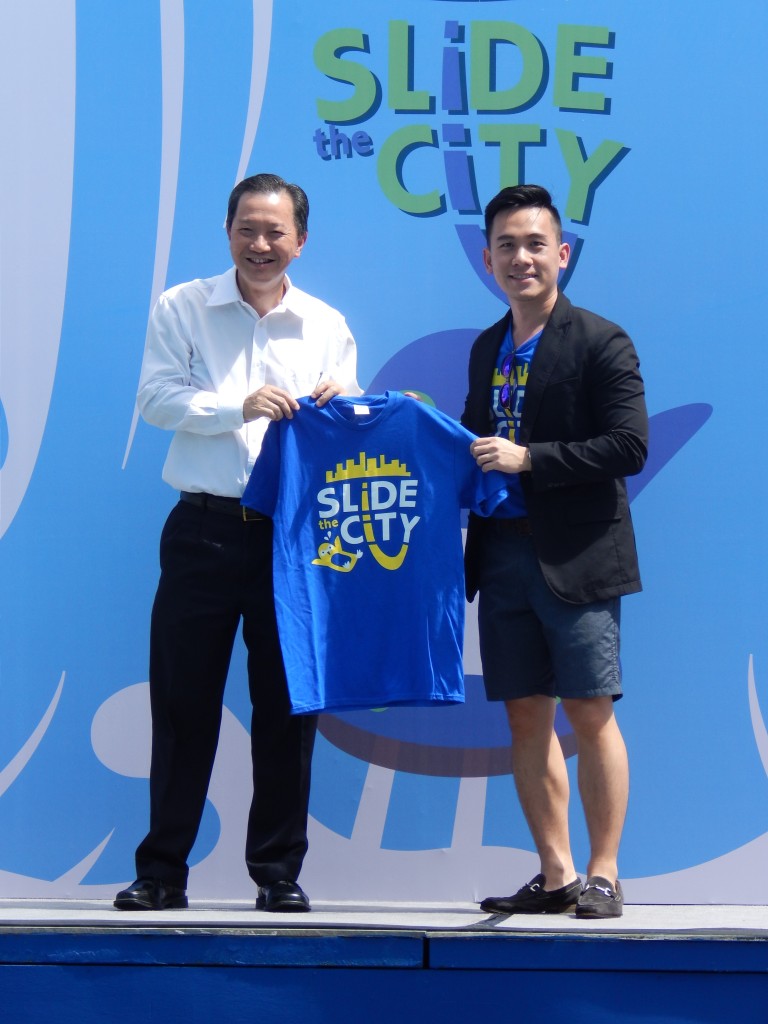 Meanwhile, Pandelela Rinong said that she was inspired to endorse the event as it promotes a healthy lifestyle, heeding the government’s call to increase physical activity.

“As a person who loves being active, I think that more Malaysians need be inspired to pursue healthier activities in their free time, increasing the quality of their lives and relationships with others – and Spritzer Slide the City Malaysia is the perfect example.” she added. 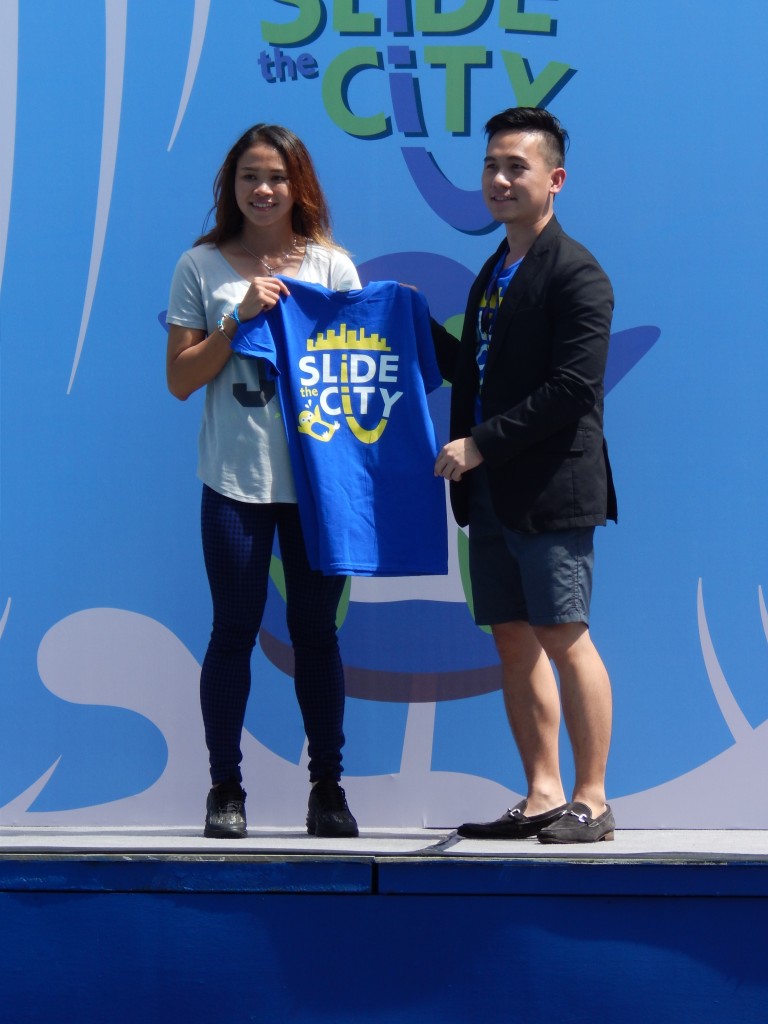