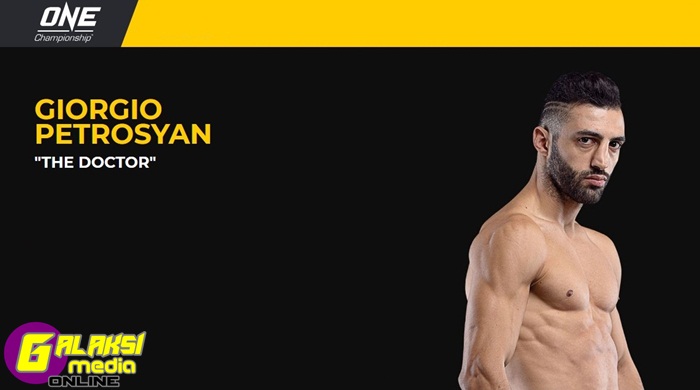 Giorgio “The Doctor” Petrosyan is not thinking too much about his stunning knockout of Thailand’s “Smokin” Jo Nattawut at ONE: DREAMS OF GOLD last Friday, 16 August.

Instead, Petrosyan has switched his focus on the ONE Featherweight Kickboxing World Grand Prix Championship Final against Samy “AK47” Sana at the historic ONE: CENTURY event on Sunday, 13 October.

“I respect Samy, but I never judge an opponent from just one fight,” the 33-year-old Milan native said.

“I will watch and carefully study many of his fights – trying to prepare at my best for the final. I will try to stay focused only on the final, keeping my eyes on the victory.”

“I will be back home in one week, I will get back to the gym, and step by step, we will see.”

The Armenian-Italian is now one step closer to his ultimate dream of seizing the ONE Championship gold and the US$1 million prize.

And his latest victory – his first knockout victory in ONE against a striker who is known for his knockout ability – proves his hunger for success at The Home Of Martial Arts.

“I feel great! I was 100 percent ready for the fight, and I was determined to win. Every time I enter the ring, I always want to win,” Petrosyan elaborated.

“In particular, it felt fantastic to realize where all the preparation and the work with my brother and Ermes Di Francesca [head coach] had led us. Throwing a KO punch against a strong opponent like Jo in his homeland of Thailand is not easy.”

Though he did make it look easy, the multiple-time kickboxing World Champion never had the slightest thought about dispatching his opponent in such fashion.

“I was a little bit less aggressive at the start of the match [than last time], but the KO is something you cannot predict. I was throwing all the shots at max power, and when I hit him clean on the chin with the KO punch, there was nothing he could do.”

Petrosyan is undeniably the favorite to win the World Grand Prix crown, but he will have to do so against the French striking machine known as “AK47.” He punched his ticket into the final courtesy of two huge wins against Yodsanklai IWE Fairtex and Dzhabar Askerov.

Which of these athletes will be crowned the ONE Featherweight Kickboxing World Grand Prix Champion? Find out 13 October.

ONE Championship, the world’s largest martial arts organization, makes a trip to Ho Chi Minh City, Vietnam next for ONE: IMMORTAL TRIUMPH on Friday, 6 September.

The spectacle will be ONE’s first-ever all-ONE Super Series card. Download the ONE Super App to catch all the action.