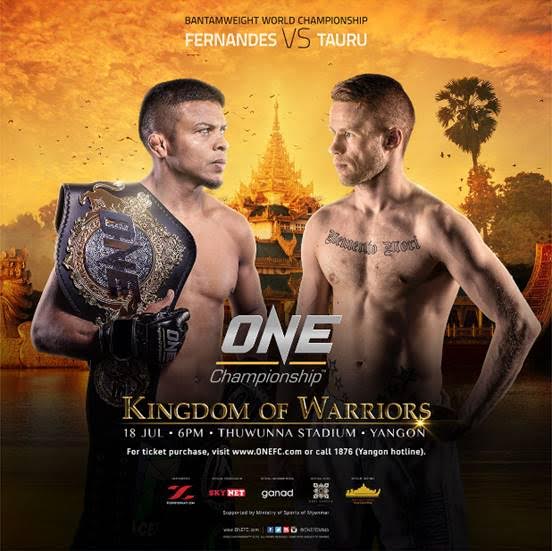 19 June 2015 – Yangon, Myanmar: Asia’s largest and the world’s most exciting mixed martial arts organization, ONE Championship™ (ONE), has announced that on 18 July 2015, ONE: KINGDOM OF WARRIORS will take place at the Thuwunna National Indoor Stadium in Yangon, Myanmar. Fight fans will be treated to a night of world-class mixed martial arts action as ONE: KINGDOM OF WARRIORS will be headlined by a battle between current ONE Bantamweight World Champion, Bibiano “The Flash” Fernandes and a Finland’s Toni “Dynamite” Tauru. The card will also feature the best local and international mixed martial arts heroes. END_OF_DOCUMENT_TOKEN_TO_BE_REPLACED