(SUKAN) INITIAL BOUTS ANNOUNCED FOR ONE: LEGENDARY QUEST ON 15 JUNE

May. 20 Sukan no comments 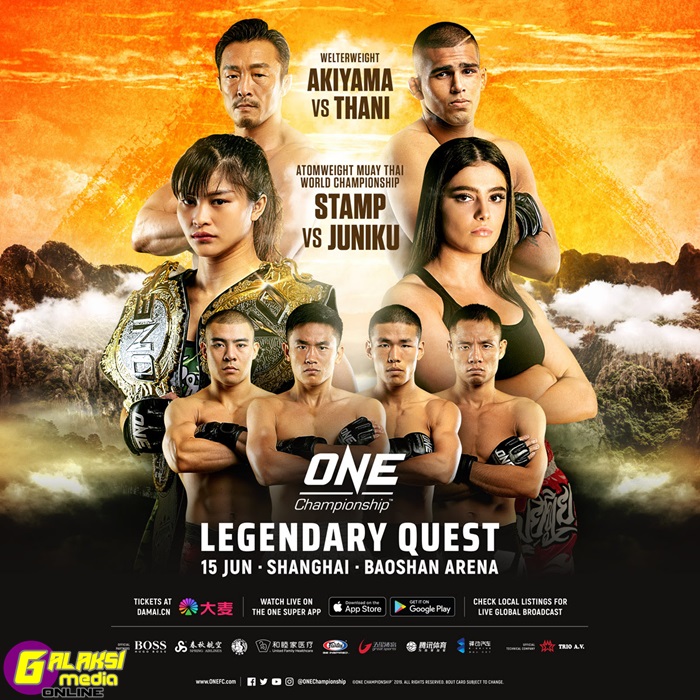 20 May 2019 – Shanghai, China: The largest global sports media property in Asian history, ONE Championship™ (ONE), has just announced the main event for ONE: LEGENDARY QUEST which takes place Saturday, 15 June at the Baoshan Arena in Shanghai. Reigning ONE Atomweight Muay Thai World Champion Stamp Fairtex of Thailand will defend her title against Alma Juniku of Australia. END_OF_DOCUMENT_TOKEN_TO_BE_REPLACED

Tags: INITIAL BOUTS ANNOUNCED FOR, ON 15 JUNE, ONE Championship’s, ONE: LEGENDARY QUEST 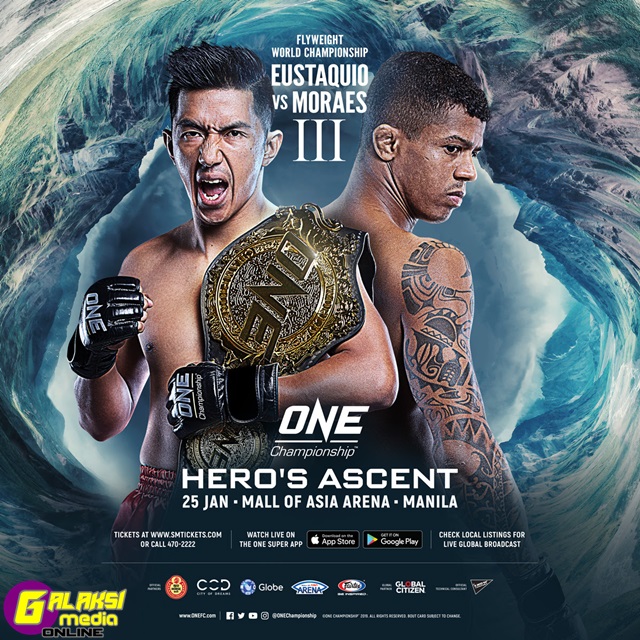 3 January 2019 – Manila, Philippines: The largest global sports media property in Asian history, ONE Championship™ (ONE), has just announced the initial bouts for ONE: HERO’S ASCENT, which is set for the Mall of Asia Arena in Manila on 25 January. Once again, the absolute best in local and international martial arts talent is set to showcase their skills in the ONE Championship cage. In the main event, reigning ONE Flyweight World Champion Geje “Gravity” Eustaquio of the Philippines will defend his title against Adriano “Mikinho” Moraes of Brazil in a historic trilogy bout. END_OF_DOCUMENT_TOKEN_TO_BE_REPLACED

Tags: ADRIANO MORAES, GEJE EUSTAQUIO, INITIAL BOUTS ANNOUNCED FOR, MANILA, ON 25 JANUARY IN, ONE Championship’s, ONE CHAMPIONSHIP™, ONE: HERO’S ASCENT, TO DEFEND ONE FLYWEIGHT WORLD TITLE AGAINST 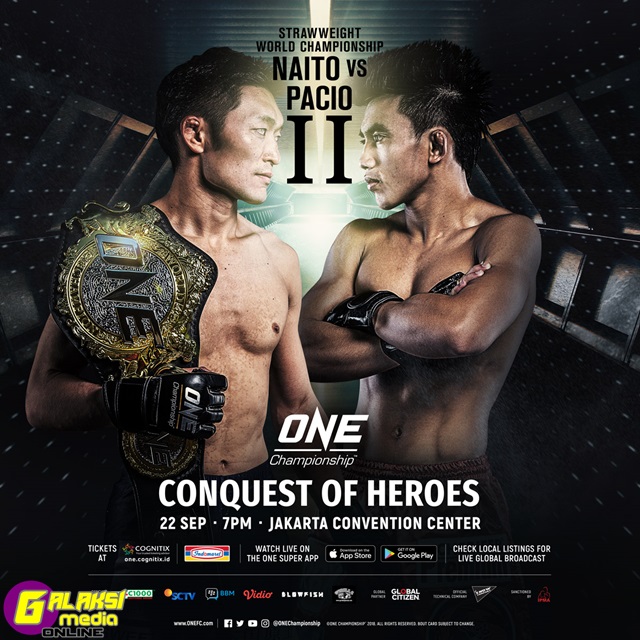 17 August 2018 – Jakarta, Indonesia: The largest global sports media property in Asian history, ONE Championship™ (ONE), has just announced its return to Indonesia’s bustling capital city of Jakarta. The Jakarta Convention Center will once again play host to another exciting evening of world-class martial arts action. ONE: CONQUEST OF HEROES, set for Saturday, 22 September will see the biggest and brightest stars take to the ONE Championship cage to showcase their incredible skills. In the main event, reigning ONE Strawweight World Champion Yoshitaka Naito of Japan will defend his title against rising star Joshua Pacio of the Philippines. END_OF_DOCUMENT_TOKEN_TO_BE_REPLACED

Tags: INITIAL BOUTS ANNOUNCED FOR, ONE CHAMPIONS, ONE: CONQUEST OF HEROES