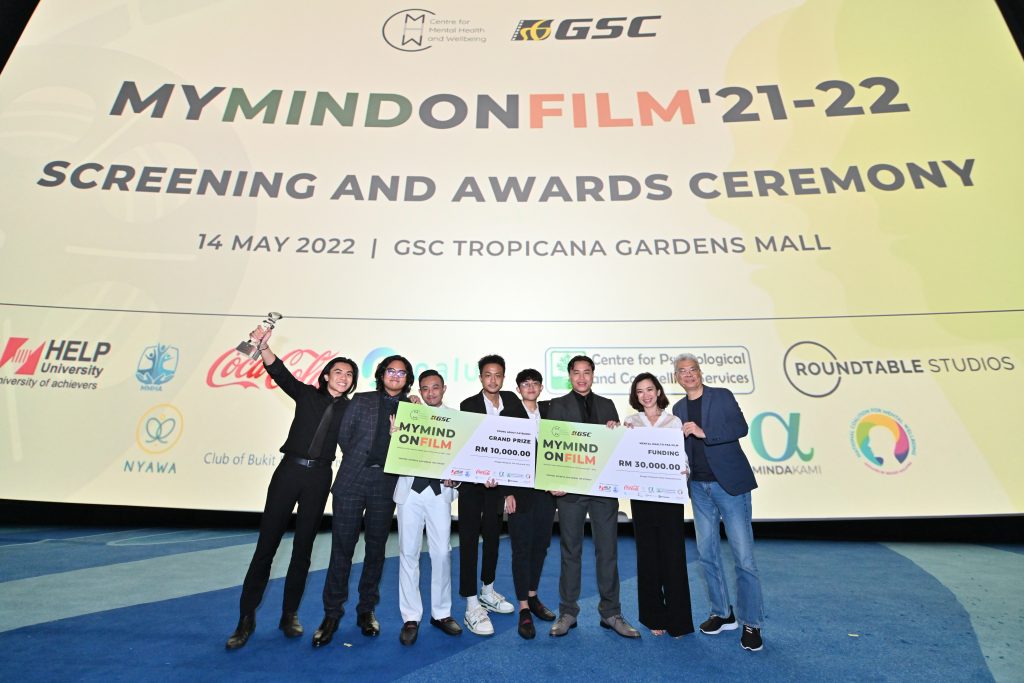 My Mind On Film was started by the Centre of Mental Health and Wellbeing (CMHW) on World Mental Health Day in October 2020, with GSC collaborating for this second season to engage more filmmakers and take their work to the big screen. Season 2’s festival was themed  “Heart and Mind”, encouraging high schoolers and young adults, both locally and internationally, to submit films supporting MMOF’s objectives of inspiring the sharing of ideas, recognising that mental health is universal and includes the positive, and breaking down stigma. The submitted films demonstrated remarkable talent through a breadth of genres, styles, and messages.

The Grand Prize (Malaysian Young Adult Category), Ahmad Shah walked away with a cash prize of RM 10,000 and RM 30, 000 funding to produce a mental health PSA short film to be screened at GSC theatres, with full production support from the exhibitor. The winners will also be given exciting opportunities such as industry placements, HELP University study awards, and more. The Season 2 My Mind On Film Festival winners are as follows:

“My Mind on Film is an extension of what GSC has embarked on with the “Hello, We Can!” campaign last year, where we galvanised Malaysians to spread positivity and kindness through social media. It is also key in supporting Malaysian arts and film; integral in finding the gems amongst youth filmmakers, giving them the opportunity to showcase their ideas, talents, and craft, raising awareness and putting the spotlight on important stories around mental health,” said Ms. Koh Mei Lee, Chief Executive Officer, Golden Screen Cinemas.

About the My Mind On Film Festival

My Mind On Film (MMOF) festival is Malaysia’s first Youth Mental Health Short Film Festival. This project is central to the Centre for Mental Health and Wellbeing’s commitment to engage with young people, hear their voices and work together for progress. It combines the emphases on inspiration, expression, understanding and stigma reduction with a focus on the local Malaysian context.