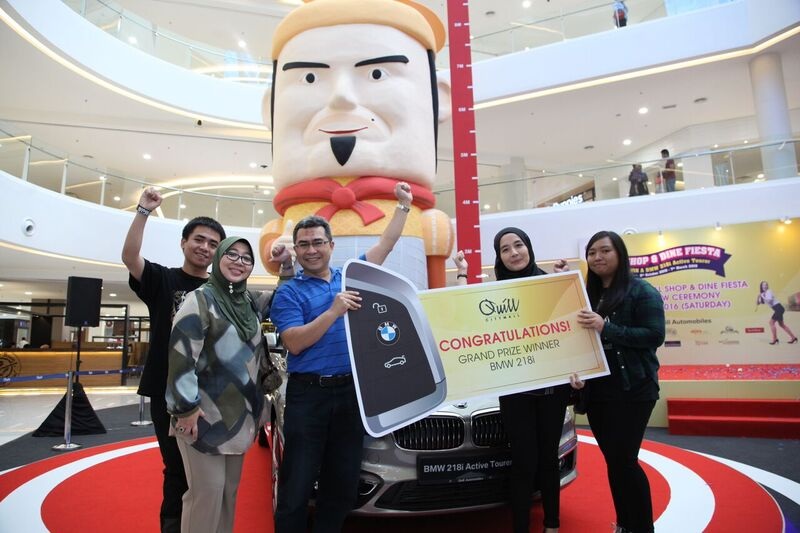 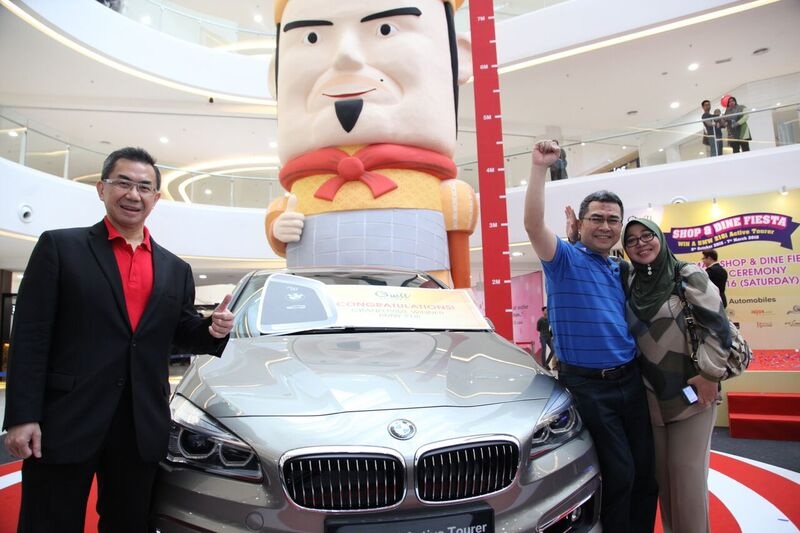 Quill City Mall would also like to congratulate the other 39 lucky winners on winning a 55” Curve TV & Home Theatre, AEON Cash vouchers, Fridge, Tablet, holiday package, a 48” TV & Home Theatre System, On the 6th Vouchers and other attractive prizes in the Shop & Dine Fiesta!

The Shop & Dine Fiesta, which ran from October 2015 till March 2016 was a shopping and dining celebration in conjunction with the first Anniversary of Quill City Mall, where customers spent a minimum of RM150 in 2 accumulated receipts, entered the contest and stood a chance to win the Grand Prize of a BMW 218i Active Tourer!

“As you can see, Quill City Mall, officially launched in January 2015 is a rich blend of shopping and dining in a wonderfully designed and exhilarating setting that enhances the pleasure of shopping, dining and urban living in Kuala Lumpur. The upscale yet accessible Quill City Mall, located in the heart of Kuala Lumpur, includes offerings that fit every lifestyle. This 8-level retail space has been designed to create a modern destination for people to meet, gather and socialise.” says Dato’ Michael Ong, Executive Director, Quill Group of Companies.

Bolstered by the success of the Shop & Dine Fiesta, he continues, “We launched the Shop & Dine Fiesta in conjunction with the first anniversary of Quill City Mall, this was our way of saying thank you to our loyal patrons and partners.  We organised many online and offline activities around the contest including selfie contests and performances. The response to the Fiesta has been over whelming with thousands of customers participating in the contest and the selfie contests and attending the performances and activities. Given how successful the Fiesta was, we are already planning another exciting activity, so follow us on social media to know the latest”.