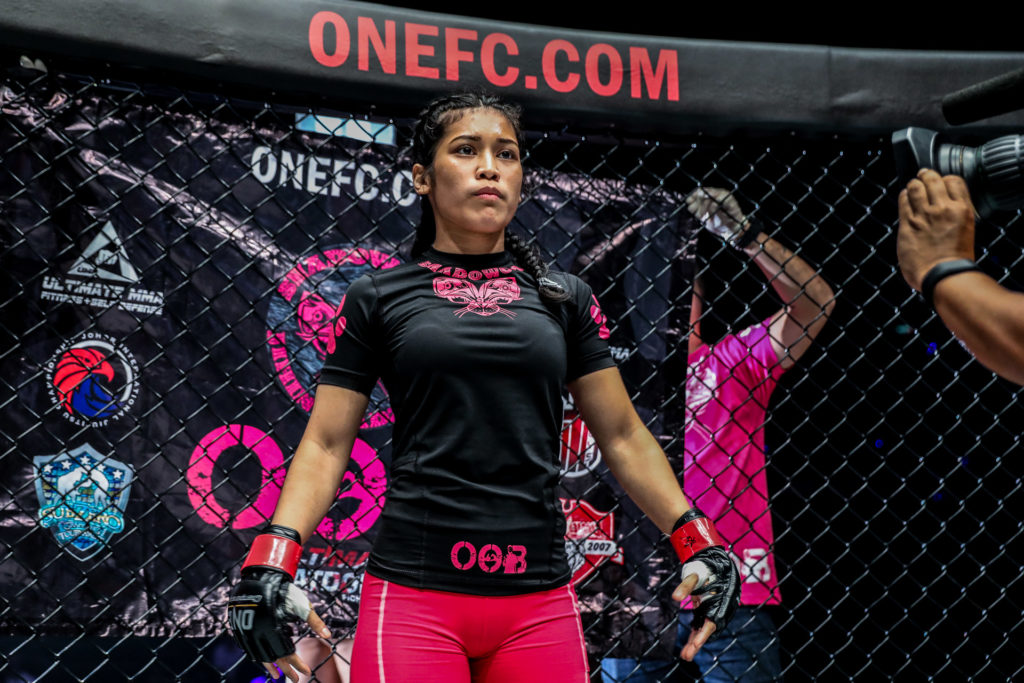 Every martial artist has a superstition, and Malaysia’s Jihin “Shadow Cat” Radzuan isn’t any different.

The 20-year-old atomweight star has a unique belief that dressing up as a superhero during training sessions at Ultimate MMA Academy in Johor Bahru allows her to train at peak performance.

“I love to dress up when I train,” she said with a tinge of laughter.

“I know it’s weird, but it helps me boost my character and emotion. I may come off as quite a tough girl, but I love to stay cute during training sessions.”

The ONE Championship starlet also admitted she is still in the hunt for more superhero tops to ensure she has enough in her collection to last a couple of weeks.

“I’d like to add more into my collection. I’m not that fashionable outside the gym, but when I train, I have to look good,” she explained.

“My coach (Melvin Yeoh) usually asks me to get more to build up my character, and after years of donning these fancy attires, it does affect my mood whenever I train.”

Because her belief might raise a few eyebrows, the Johor Bahru-based martial artist recalled an occasion when she did not feel like training because she left her attire at home.

Just like Iron Man without his suit, Jihin felt as though she lost a ‘superpower’ when she arrived at the gym.

“About a year ago, I didn’t bring my proper gym attire, and my teammates forced me to wear something as long as I could train,” she remembered.

“I didn’t feel comfortable, and eventually did not have a good training session. It just felt weird.

“Even on occasions when I run out of superhero compressions, I make sure my shorts and top match one another. If it doesn’t, I’d usually feel a bit off.”

These days, Jihin ensures she is equipped with her complete attire before she sets out for work in the morning — simply because she knows she has no time to waste in her quest to become the ONE Women’s Atomweight World Champion.

With four impressive victories which have displayed her various superpowers, “Shadow Cat” will be ready to make her return to the ONE Circle soon and is excited to unleash her powers once again.