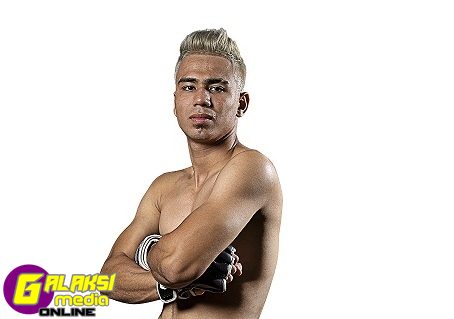 Mohammed “Jordan Boy” Bin Mahmoud believes his upcoming opponent, Scotland’s Andrew “Maddog Fairtex” Miller, can cause a few problems when they meet at ONE: FOR HONOR in Jakarta, Indonesia on Friday, 3 May.

The Kuala Lumpur-based Muay Thai practitioner is normally a man of few words, but he recently praised his rival’s strength and his brilliant ability to mix up his striking attack.

“He’s a great athlete with a very experienced career. Miller’s fighting style is tough to predict, but I can see where his strengths and weaknesses are,” the 22-year-old shared.

“He’s been training in Thailand for a long time, and I know he’ll bring a tough game plan to the ring. I’ve watched a couple of his fights, and he might have struggled against boxers.”

Miller, who is 28 years old, has dedicated his life to martial arts. He started wrestling at the age of 8, and picked up “the art of eight limbs” 10 years later.

After competing in the United Kingdom circuit, “Maddog Fairtex” relocated to Thailand to test himself against the best Asian talent. He now competes out of the Fairtex Training Center in Pattaya, Thailand.

“He is surrounded by top talents, but it is not something I’m too worried about. He has a height advantage and hits quite hard, but I can stop his attacks,” Mohammed explained.

“I’ve added boxing into my routine, and I’ll start incorporating more of this for my future matches. It’s frustrating to continue losing, and I want to seal a finish or a knockout in Indonesia.”

Mohammed’s determination and passion as an athlete knows no boundaries.

During his amateur and early professional days, the Kedah native said he competed up to five times a month.

His bout against Miller will be his fourth match in ONE Championship since December — an impressive statistic for the youngster.

“I’m used to being in training camp throughout the year,” he joked, saying that he is always ready to compete when an opportunity arises.

“It’s been a habit of mine to compete and showcase my skills as much as I can in a certain period of time. There’s no secret — just a lot of massages, ice baths, and more training.”