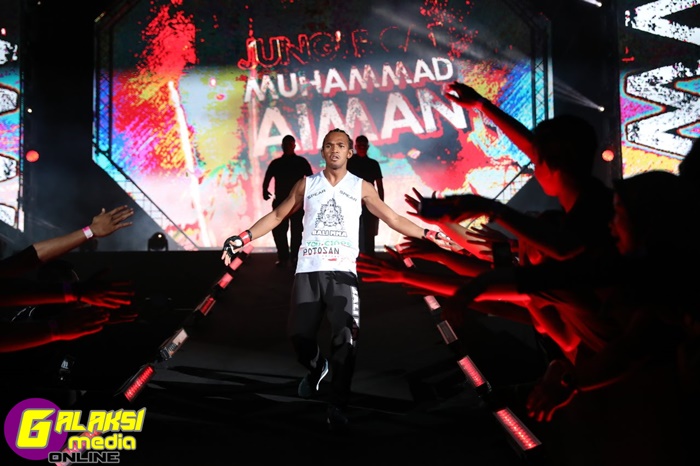 “Jungle Cat” Muhammad Aiman is craving for action in 2019. However, for the Negeri Sembilan-born athlete, patience is key — simply because he wants to finish the year undefeated.

“I want to battle three to four times [this year], and hopefully remain undefeated in all of them,” the 23-year-old bantamweight athlete said.

“That’s my main goal, and I’m in really good shape right now. I cannot wait to return in the cage.”

Aiman is coming off yet another strong year at ONE Championship, having recorded two victories and suffered a single defeat in 2018.

He fell short against Japan’s Shuya Kamikubo in November – a defeat which ended his three-bout win streak.

Although “Jungle Cat” tasted defeat, it does not stress him too out much.

“I just want to think about 2019 for now — nothing much in detail, but just think about what a year it could be,” he said.

“That defeat against Shuya was alright. I was sad for a while, but I handled it pretty good. At times, you get a bit depressed and just want to stay home, but I wasn’t too devastated with it.”

Aiman is not too sure who he will square off against next, but one thing is for certain — only tough battles lie ahead.

“Honestly, I don’t know who I’d face. There are a lot of tough guys out there and I don’t want to call anyone out,” he explained.

“I know it’s only going to be tough matches from here, but I’m happy because I like tough situations. I think I’m on their level, and all I need to do is train harder and stay safe.”