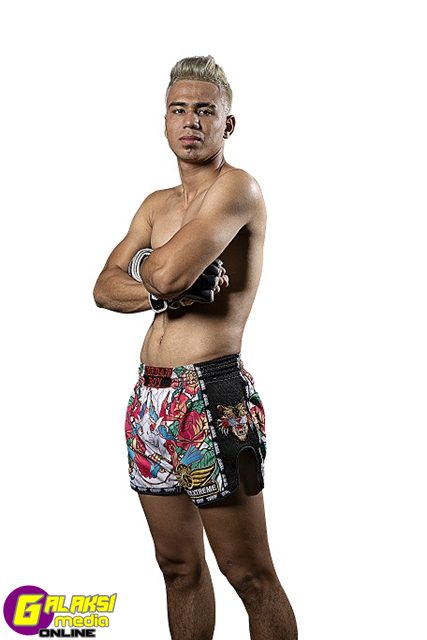 It was his toughest career test, but Mohammed “Jordan Boy” Bin Mahmoud had no qualms about his third-round TKO loss to Hiroaki “Kaibutsukun” Suzuki at ONE: HERO’S ASCENT on Friday, 25 January in Manila, Philippines. The 22-year-old athlete took it positively, and he admitted that his Japanese opponent deserved the victory.
“I would accept this defeat and take it as a learning lesson,” the Kuala Lumpur native said.
“I’d go back and watch this video again, take some rest for a week, and start training again.
“I’m not afraid of facing better athletes, and I don’t mind the loss. I feel sad because I represented my country and lost, but it’s all part of the sport.”
Mohammed was just seven seconds away from hearing the final bell, but referee Atsushi Onari halted the contest to prevent the Malaysian contender from receiving more damage.
Suzuki used his cage control to perfection in round one, cornering his rival and unleashing an assortment of low and high kicks.
The 34-year-old Shoot Boxing Lightweight World Champion continued to press forward, but “Jordan Boy” responded with his own array of striking towards the end of the first three-minute period.
Mohammed came out the hungrier of the pair in the second frame and unloaded a couple of elbows. He started to find his feet and even managed to land combinations, which floored his Japanese opponent.
Although the Malaysian appeared to be the stronger of the pair, Suzuki’s pace and exquisite footwork eventually got the better of him towards the end of the stanza.
The third round was another striking clinic as both athletes landed several knees, straight hands, and front kicks on each other.
A heavy left head kick, followed by a left hand, eventually stung the Malaysian star, and with only seven seconds remaining, the Japanese athlete got the job done with a right uppercut and a straight left.
“I was too focused on his left hook, and his left kicks did enough damage to me by the end of the second round,” Mohammed confessed.
“I couldn’t feel my leg anymore, but I could still carry on. He might have studied my game plan more than I did, and he countered every move I had.”
Suzuki’s victory improved his record to 41-11-1 (1 NC), while “Jordan Boy” suffered only his third defeat in 35 outings (31-3-1).