May. 18 Sukan no comments 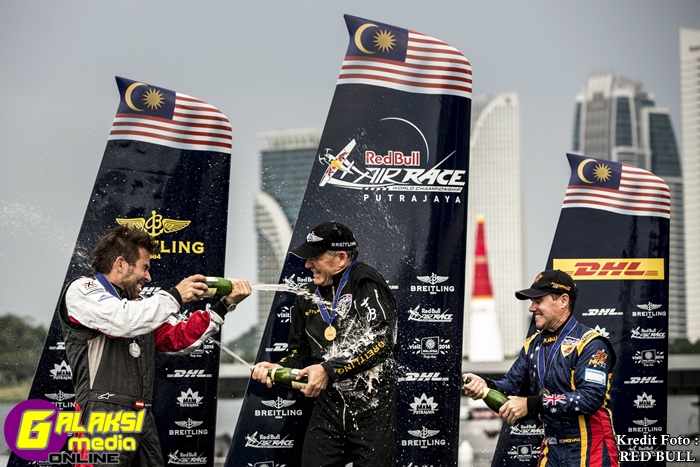 PUTRAJAYA (Malaysia) –  Arch nevertheless moved into the overall lead with 30 points after the third round of the eight-race world championship that has stops in seven countries on three continents. Bonhomme, who saw his string of 15 straight podiums abruptly ended, is second overall with 25 points, while Lamb moved into third on 17 points. 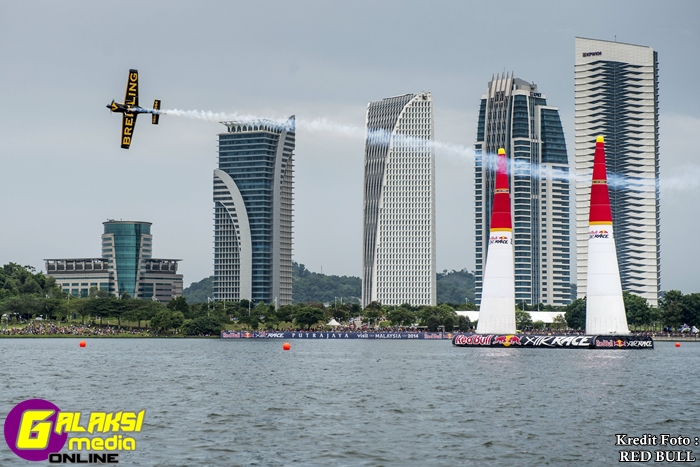 Lamb, who remains hugely popular in Malaysia after touring in the tropical nation as a display pilot for five years earlier in his career, gave his local fans watching from the shores of Putrajaya Lake a clinical demonstration of superb flying under the humid skies. Undeterred by the temperatures that soared into the high 30s, Lamb kept his cool flying first in the Final Four on the high-speed, low-altitude track and stopped the clock in 1:15.023 – the fastest run of the day. Hall came close with 1:15.691 and Arch came even closer at 1:15.597.

“I never thought I’d feel this emotion,” said Lamb, fighting off tears after getting six second-place finishes before in 43 previous races in his seven-year career. “It’s a great feeling. After seven years, and all the ups and downs, this is the payoff.”

Canada’s Pete McLeod, the last pilot in the Final Four, finished the day in frustration: in pushing for every fraction of a second, he exceeded the maximum speed entry of 370 kph / 200 knots through the Start Gate, resulting in his flying session classed as Did Not Finish (DNF).