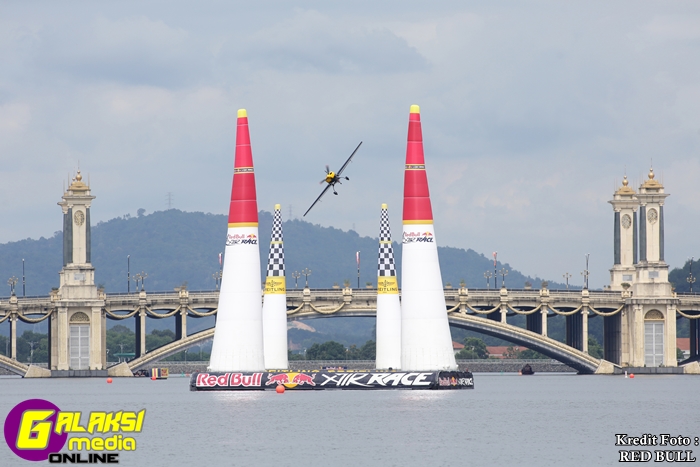 PUTRAJAYA: Top Malaysian pilot Halim Othman is hoping that his home advantage will help him finish on the podium of the Challenger Cup during Round 3 of the Red Bull AirRace 2014, which begins tomorrow.

The 41-year-old finished third placed in the third official practice session at the Putrajaya Lake today, putting himself in a great position to finish on the podium during tomorrow’s race day.

“I had a good session and the results was good. Tomorrow (Saturday) will be an important day and I need to be focused from the start,” said Halim, who clocked 1:30.576s to finish third best.

“I know where I can find the 1.5s. I just need to be focused and work hard on it,” said Halim of his chances for an historical finish.

The Red Bull Air Race is being held here for the first time in Malaysia and in Southeast Asia. Putrajaya plays host to the inaugural event, in which Halim is also the first ever Malaysian pilot to compete in the racing series that makes eight stops around the world.

“The crowd will help me find 2 seconds,” added Halim, who is counting on the local fans to spur him on to a podium finish.