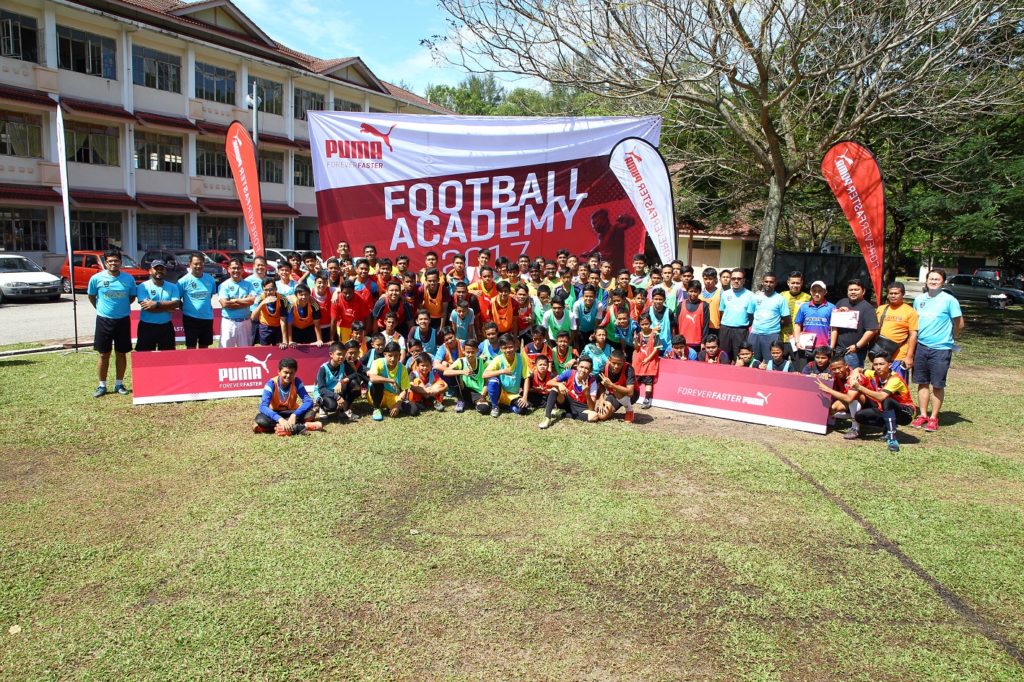 The PUMA Malaysia Football Academy 2017 aims to provide free professional coaching and training to help aspiring young footballers to hone their football skills and become better players in the future.

“We have been actively organising football clinics for the past few years but this year, we are taking it up a notch by launching the PUMA Football Academy 2017,”

“We want to ensure that every young and aspiring footballer gets equal opportunity to learn from professionals,” said Gabriel.

With an array of local football stars including the likes of Khairul Fahmi Che Mat (Kelantan FA), Razman Roslan (Selangor FA), Azidan Sarudin (Kuala Lumpur FA), Mahalli Jasuli (Johor Darul Ta’zim) and many more under their association, PUMA hopes to use the success stories of these local footballers to inspire youngsters to pursue their dreams in football and become successful players for the country.

“Apart from the free football coaching sessions, we will also be organising motivational talks where we will invite some of our PUMA Friends who are footballers to share their experiences and insights with the youngsters,” added Gabriel.

Parent Azlan Mansur, 35, lauded the Football Academy for being free of charge unlike other football academies which require payment.

“I am glad that prominent sports brands such as PUMA have taken the effort to provide free professional coaching for young and aspiring football players like my son. The kind of coaching provided by the coaches here are very extensive and is not available at local schools or neighbourhoods,” said Azlan.

The most recent football clinic which was held last Sunday at SMK Tropicana, Petaling Jaya attracted more than 80 students between 13 and 18 years old. A team of six-certified coaches took the youngsters through five different phases of training which include defending, shooting, passing and receiving, dribbling, and small-sided games (SSG).

Head coach of First 11 FC, with whom PUMA are partnering with for the coaching and training facilitation, Patrick Loo, said that this is a great opportunity especially for those who are passionate about football and wish to experience professional coaching and training but could not afford it.

“Parents also play an important role in encouraging their children to get involved in sports. Only through encouragement and motivation will the youngsters be empowered to achieve greater success in the sports industry.”

“Hopefully, with PUMA’s commitment and support towards the development of local football, we will be able to identify some promising talents, train and groom them to become competent footballers for our country,” said Patrick.

PUMA will be going on a nationwide tour to organise football coaching clinics at various locations across the central, northern and southern regions of Malaysia.