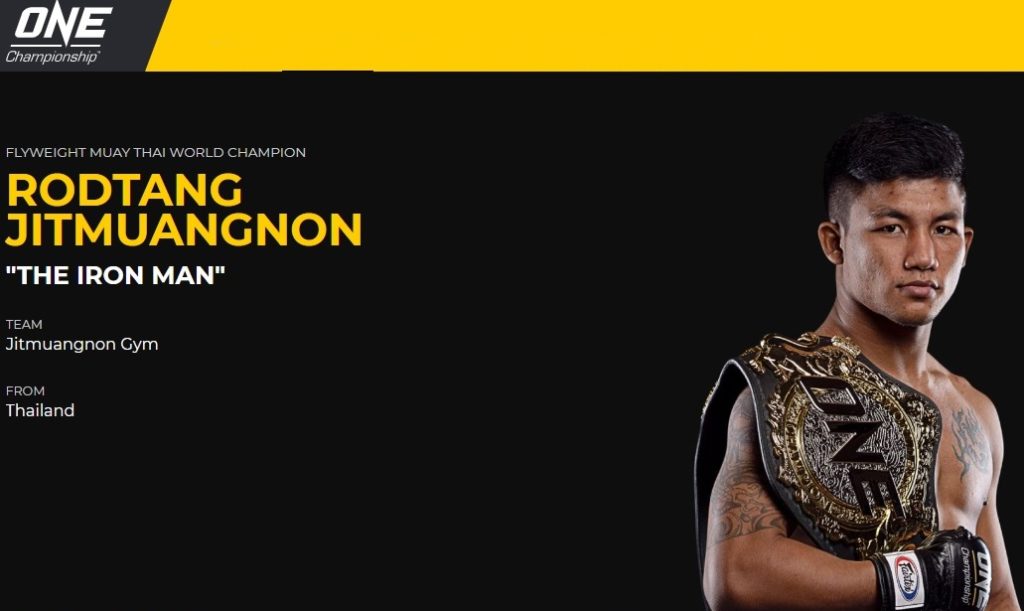 For Rodtang “The Iron Man” Jitmuangnon, teamwork makes the dream work. As he returns to the Circle to make his first World Title defense against Walter Goncalves this Sunday, 13 October at ONE: CENTURY PART II, the Muay Thai star shares how his teammates helped him reach international glory.

“Not just fighters, every athlete must belong to a team. You can’t do this on your own,” Rodtang said.

“Your team is there for you and has built you up from nothing – from being no one to all the opportunities they give you. You can’t throw that away.”

“My gym has done everything for me, and I must use all of my strength to return that to them.”

His teammates and the gym are like family to him. When he first arrived at Jitmuangnon Gym in Bangkok, “The Iron Man” was just a young boy growing up in poverty.

He did not have anything, but his gym made him feel at home. That kind gesture sparked a fire in the heart of the young Thai to succeed in the sport.

The Phatthalung native repaid them to the fullest as he rose through the local Muay Thai ranks before signing with ONE Championship in 2018.

“My gym has helped me with everything,” the ONE Flyweight Muay Thai World Champion said.

“They are my family and have raised me like a son. From a young age until now, they have taught me how to be an adult. Everything from learning how to take care of money, to just living life – it was them who raised me.”

“When I didn’t have any money, they would always help me. There was never anything I couldn’t say to them.”

Despite being only 22 years old, the Thailand Muay Thai phenom has built a solid 259-41-10 record.

Winning allows him to give back to his gym but defending his flyweight crown successfully in Japan could help him go down in history.

He has competed against the best in Japan, including Tenshin Nasukawa, so the Japanese fans will know what to expect from this talent who packs speed and combinations in bundles.

“In the beginning, I had nothing. I was just an average fighter. Now, I am one of the top, highest-paid fighters at the gym, and am making us known worldwide,” he said.

“I am really proud to be able to do this for my gym.”

Teamwork really does make the dream work for this exceptional ONE Championship star.

Walter Goncalves Says He Has The Power To KO Rodtang

How To Watch ONE: CENTURY PART II – Aung La N Sang Vs. Vera

Tags: ’s Recipe For Success Is Teamwork, ONE Championship’s, RODTANG JITMUANGNON
← (SUKAN) Dae Hwan Kim Ready To Kick-Start His Flyweight Career In Japan
(SUKAN) Phoe Thaw Doing What He Can To Leave Japan With A Knockout Win   →