(SUKAN) SEPANG INTERNATIONAL CIRCUIT BREAKS CROWD RECORD WITH A TOTAL OF 161,553 SPECTATORS AT THE MALAYSIA MOTOGP 2016 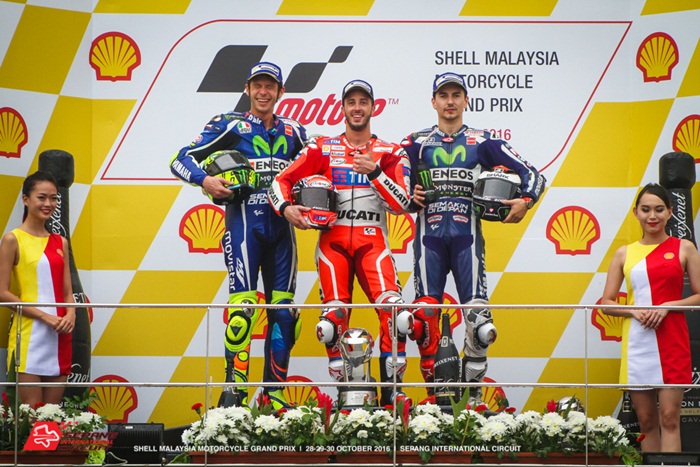 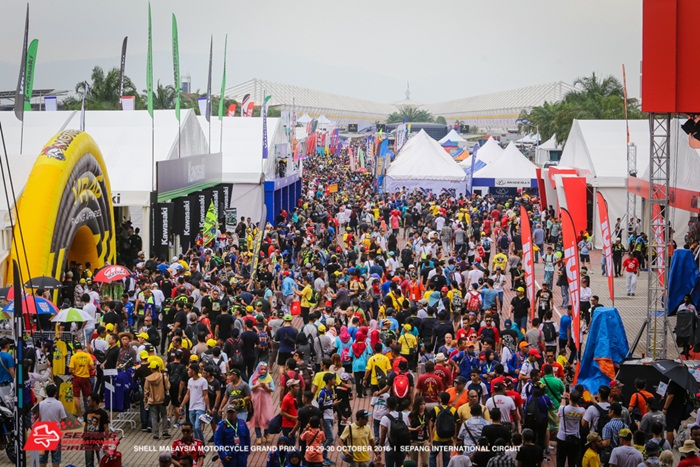 “This increase in spectator numbers augurs well for the growth of the MotoGP in Malaysia. We have just signed a new contract to host the Malaysia MotoGP until 2021, so we are looking forward to doing much more to grow interest in two-wheel motorsports in Malaysia, as well as develop local talent, which is one of the key factors in fan engagement. We’ve also received positive feedback on the new activities introduced this year such as the Watch The Race From The Sky activity and the Rockaway Malaysia MotoGP Weekend, thus we are exploring more options for the coming years. On behalf of SIC, I would like to thank the fans for their continuous support. We hope to see all of you again next year,” said Dato’ Razlan Razali, Chief Executive Officer of SIC. 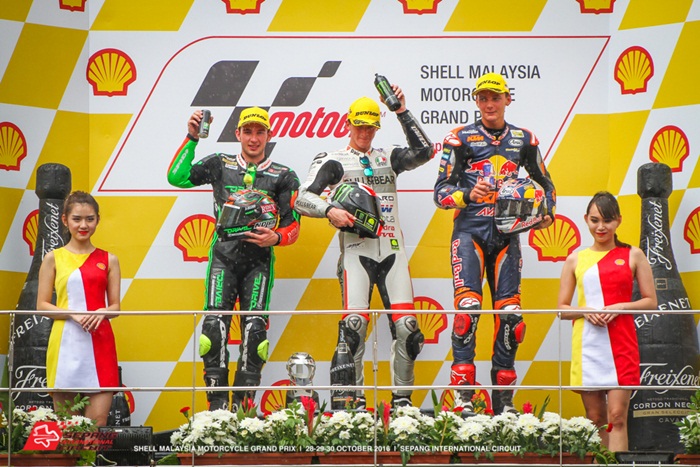 SIC celebrated Jakub Kornfeil of the DRIVE M7 SIC Racing Team’s second place finish in Moto3, although his teammate Adam Norrodin as well as incoming SIC Racing Team rider Ayumu Sasaki were among the riders who did not make it past the first lap as they were among several riders who crashed shortly after the race commenced. The 16-year-old Sasaki was making his debut in Moto3, riding for Gresini Racing Moto3. Meanwhile, Khairul Idham Pawi finished 8th and wildcard Hafiq Azmi riding for Peugeot MC Saxoprint finished 11th in a chaotic Moto3 race that saw 14 riders not completing the race, from a field of 31 riders.

In Moto2, Hafizh Syahrin waved the Malaysia flag high as the best performing Malaysian competitor overall, finishing 5th in the race. Wildcard rider Ramdan Rosli, who was riding for Petronas AHM Malaysia in Moto2 finished 12th in a race that saw Johann Zarco of Ajo Motorsport winning the race as well as the Moto2 Championship in 2016. 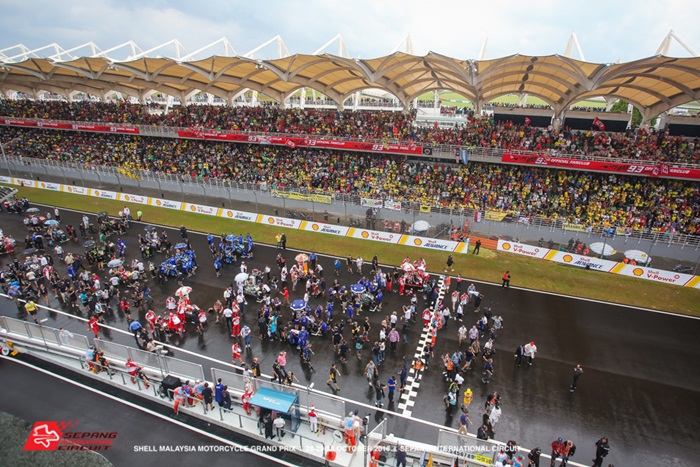 “We’re very pleased that Jakub was able to finish on the podium in his best result of the season so far, here at his adopted home race. Well done also to our Malaysian boys Hafizh, Khairul Idham, Hafiq and Ramdan. It was unfortunate that Adam and Ayumu were among the riders who crashed out in the first lap. Nevertheless, I am confident that they have learnt from this incident, in the hopes of avoiding such mishaps in the future,” Dato’ Razlan commented. 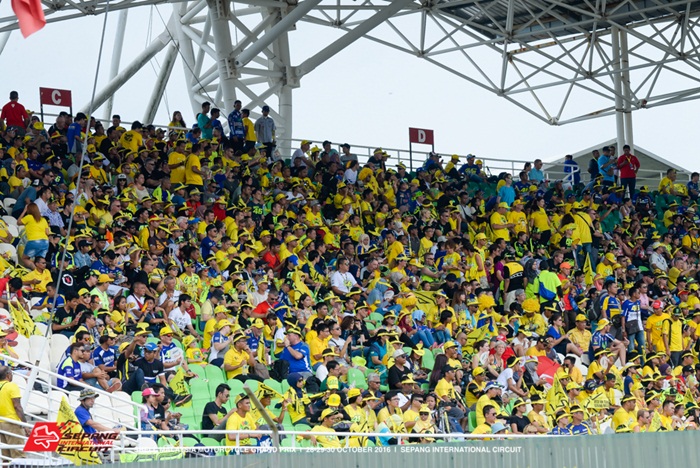 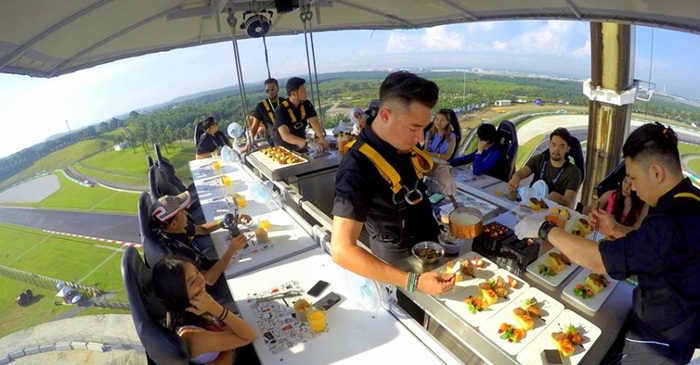 Fans at the Malaysia MotoGP weekend were thrilled to experience new activities such as Watch The Race From The Sky and the Rockaway Malaysia MotoGP Weekend. In Watch The Race From The Sky, fans could dine on refreshments served by celebrity Chef Sherson Lian and watch the races while suspended 150 feet in the air. In the Rockaway Malaysia MotoGP Weekend concert on 29 October, fans rocked along with Scorpions, The Darkness, Wolfmother, Wings and Muzza’s Mayhem, ending the night with an unforgettable experience. Meanwhile, the Mega MotoGP Carnival continued to be a hit with fans visiting the 80 booths offering everything for two-wheel motorsports fans.