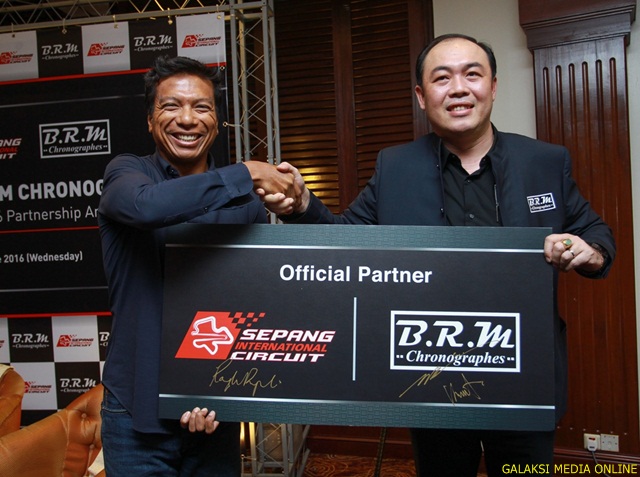 Kuala Lumpur, 16 June 2016 – Sepang International Circuit (SIC) announced its partnership with BRM Chronographes as the Official Timewear of SIC yesterday. In a three year contract, BRM Chronographes will provide 15 of its watches as prizes for the champions of the Malaysian Championship Series (MCS) and the Malaysia Superbike Championship (MSBK), as well as sponsor the championship trophies for the MCS and the Sepang 1000km Endurance Race. BRM Chronographes, a French watchmaker known for its timepieces that are defined by pure racing spirit and inspired by motorsports, is also providing the official clock for the Sepang International Circuit. END_OF_DOCUMENT_TOKEN_TO_BE_REPLACED