(SUKAN) How Agilan Thani Has Stayed Motivated During His Recovery 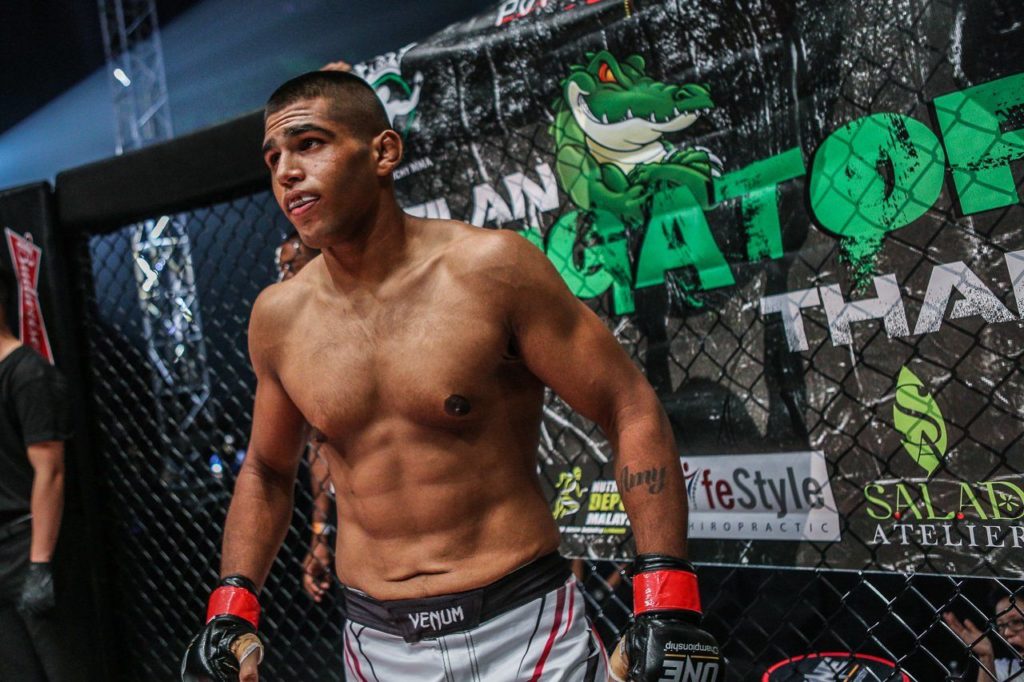 ONE Championship welterweight contender Agilan “Alligator Thani has an “irreplaceable” support system. The Kuala Lumpur-based athlete underwent a lower back operation on 25 December, nearly three weeks following his most recent bout at ONE: DESTINY OF CHAMPIONS, to fix a long-standing injury.

He is recovering from the surgery now, but has admittedly struggled with his layoff and inactivity. Fortunately, his girlfriend and gym family at Monarchy MMA have kept him motivated for greater success during this time.

“Amy [Chia] is the biggest key factor,” he said.

“I’ve been injured and at home most of the time, but she continuously advises me and inspires me every day. She knows what is right for me, and she always stands by her decisions.”

This has been especially important because the injury has also taken a mental toll — especially at a point in Thani’s career where he has emerged as a top contender in ONE’s welterweight division.

“I’ve been having multiple breakdowns at times. It’s not easy having this injury,” he said, softly.

“I’m only 23, and to have this injury just as soon as my career was taking off is quite hard to accept. You keep on winning and something happens, then you just wonder, ‘what’s next?'”

Thani admitted his plight was taking a turn for the worst, but Chia, as well as his Monarchy MMA teammates and coaches Bruninho Barbosa and Conrado Furlan, told him there are better days ahead.

“Sometimes, things happen for a reason. I’m still in the midst of getting myself together,” he continued.

“I’ve been paying a visit to the hospital, and the coaches have followed me. They’ve been interacting with the doctors and are interested to know my progress so I can start training [again].

“It’s good to have these guys watching my back. I’m blessed. Sometimes I cannot control my emotions, but Amy and them are always around.”

Thani anticipates being cleared by the doctors soon, and he intends competing in the second half of 2019.

Although that may be a long time away, the “Alligator” is grateful to learn he can return to the mats at Monarchy MMA soon enough.

“There’s been a lot of progress and not much pain, so it’s good news,” he said. “I cannot wait to start training again.”

Spread the love
Tweet
Tags: Agilan Thani, Has Stayed Motivated During His Recovery, How, ONE champiosnhip
← (HIBURAN) AJL33 DISAKSIKAN 6.3 JUTA PENONTON!
(SUKAN) Nong-O Gaiyanghadao Dreams Of Claiming Another World Title At ONE: CLASH OF LEGENDS →