(SUKAN) Nong-O Gaiyanghadao Dreams Of Claiming Another World Title At ONE: CLASH OF LEGENDS 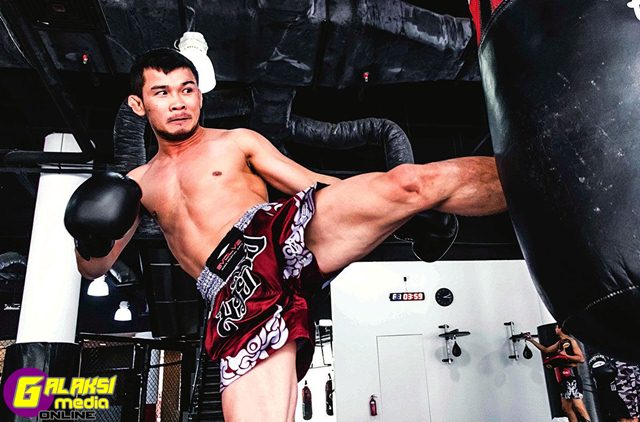 Multiple-time Muay Thai World Champion Nong-O Gaiyanghadao (257-54-1) has only one dream he has left to fulfill, and that is to capture another belt.

He has the chance to do that at ONE: CLASH OF LEGENDS in Bangkok, Thailand next Saturday, 16 February.

In the main event, he will face China’s Han Zi Hao (60-15) for the inaugural ONE Bantamweight Muay Thai World Title in a five-round battle at the Impact Arena.

“I have one goal, it is to become the ONE Bantamweight Muay Thai World Champion, and to defend that belt,” the 32-year-old said.

“I’m training hard for this World Title bout, and it feels great to be competing back in Thailand — especially for the ONE World Title.”

Nong-O has experienced quite a lot of success at the Impact Arena. In fact, he claimed victory in his last appearance there in October.

That victory came after another striking clinic against Fabio Pinca during his ONE Super Series debut last April. He displayed nerves of steel, landing heavy strikes, body kicks, and head kicks on his French opponent before walking away with the unanimous decision victory.

“My experience so far with ONE Championship has been great,” the Thai elaborated.

“ONE Championship is a world-class promotion with a global audience, and this is huge for me. I’m very excited. I can’t wait for my upcoming bout.”

Han, his opponent, has also had a tremendous year with the world’s largest martial arts organization.

The Mad Muay Thai Gym athlete was ONE Super Series’ most active athlete in 2018 with three victories on the trot.

First, he earned a unanimous decision victory over Stergos “Greek Dynamite” Mikkios in September, and then he bettered that achievement a month later with a first-round knockout of Ryan “The Filipino Assassin” Jakiri.

Still only 23 years old, the Chinese Muay Thai specialist will be a tough test for Nong-O, who seeks another World Title and victory number 258.