2NE1 leader CL released her first solo single, “THE BADDEST FEMALE”. After weeks of teasing fans with images from the accompanying music video, which was released simultaneously with the single, CL proves why she is worthy of the title “THE BADDEST FEMALE”. While the single release, it’s only 3 hours after its release, the single topped the real-time charts of online music websites including Mnet, Bugs, Melon, Naver Music, Olleh Music, Monkey 3, and Soribada, achieving a proud all-kill. 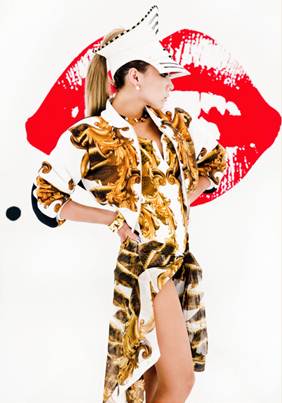 For her first solo effort, CL worked with producer TEDDY PARK, the creative force behind many of 2NE1’s biggest hit. CL uses the hip-hop, trap and dub-step influenced track to push her rapping skills beyond the boundaries expected from the charismatic front woman. With her unique voice and edgy delivery, CL has undeniably claimed a place for herself as “THE BADDEST FEMALE” in an otherwise male dominated genre. “THE BADDEST FEMALE” is just the beginning for CL, who can be expected to release further solo efforts in the future.

CL commands the camera’s attention in the eye-popping, fashion filled music video for “THE BADDEST FEMALE”. Whether she’s dancing in a b-girl inspired look or staking her claim to the music world as a Greek goddess, CL effortlessly embodies all versions of “THE BADDEST FEMALE” inside of her.

CL first made a name for herself as a member of popular Korean pop group 2NE1. Straying away from the typical, manufactured, K-Pop girl group, the 4 female group, took an original approach to music, dance and fashion and gained a large fan base in the process. Their hit songs ‘I Don’t Care’, ‘Go Away’, and ‘I Am The Best’ reflect their personalities as strong, independent, and confident women. 2NE1 has appeared in an Adidas Originals commercial alongside Nicki Minaj, Big Sean and Jeremy Scott, who designed an entire new collection for their “New Evolution” World Tour. They were recently featured on the song “Getting’ Dumb” from “will.i.am’s album “#willpower” and in 2011 were crowned MTV Iggy’s “Best New Band in the World”.