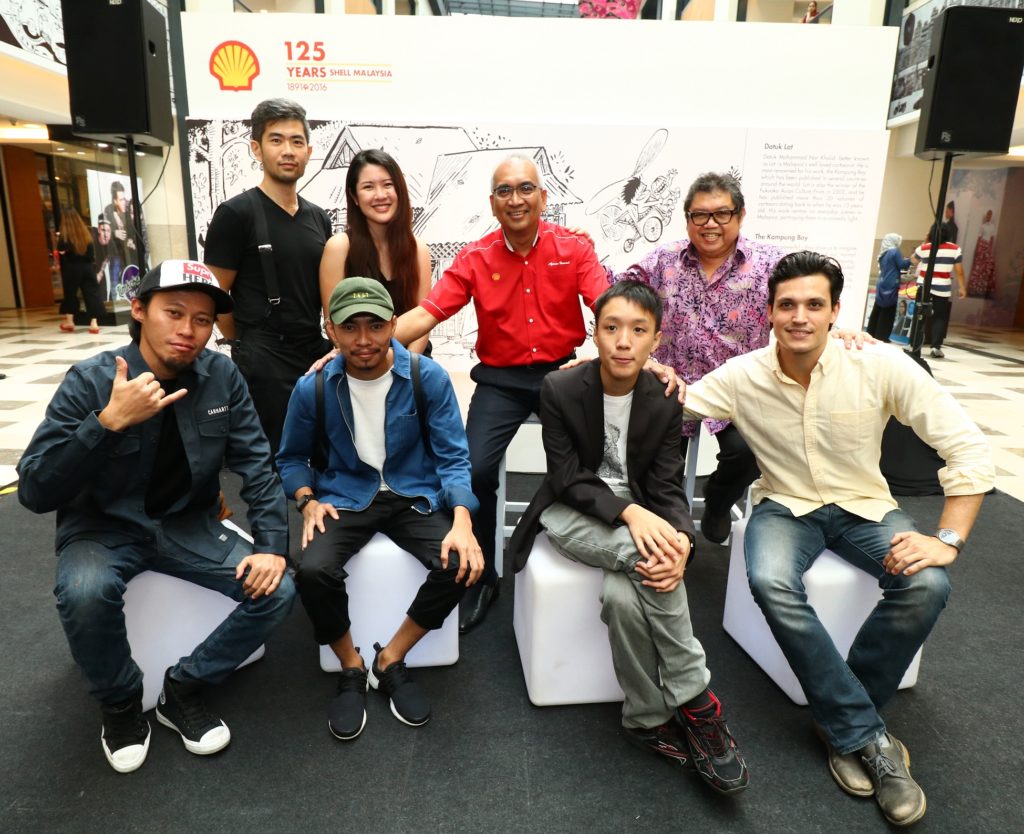 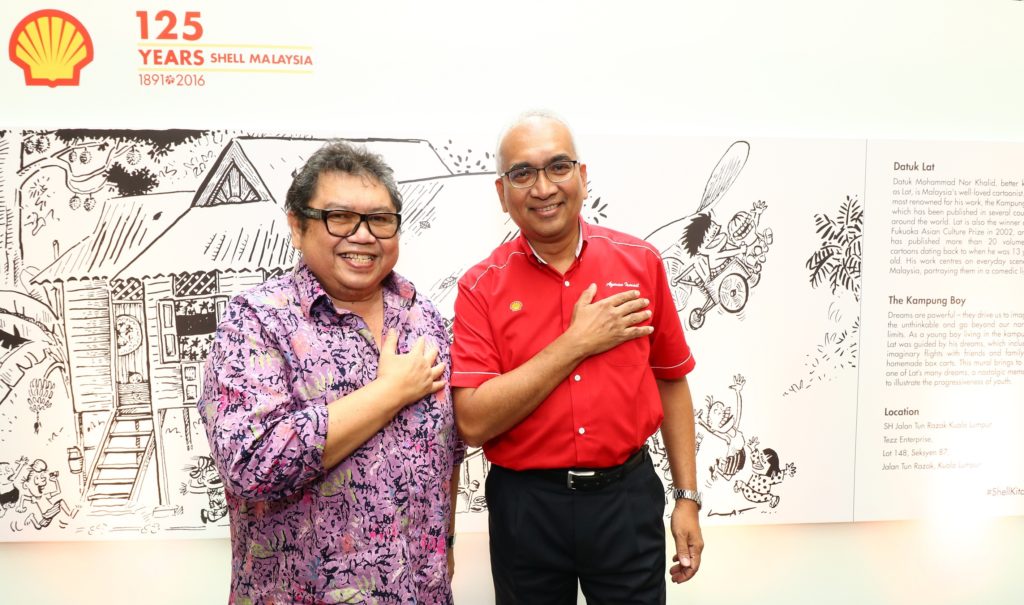 The eight artists will develop 15 murals at selected Shell stations nationwide, with at least one mural located in each state. The art captures the artists’ own interpretation of progress and the Malaysian pioneering spirit, with some illustrating familiar Malaysian scenes and landmarks, while others showcasing nature and Malaysian society.

“Shell has journeyed with Malaysians for 125 years, and together we have achieved many firsts in the industry. As one of the country’s leading fuel retailers, we aim to continue driving the Malaysian pioneering spirit, which has been integral to the country’s success,” said Datuk Haji Azman Ismail, Managing Director Shell Malaysia Trading Sdn. Bhd. and Shell Timur Sdn. Bhd.

“Each mural reflects on society’s common values, which Shell also embraces as part of its DNA: diversity, unity, respect, and inclusiveness. We believe these values unite Malaysians across the country, and will propel the nation forward into the next 125 years. Our aim is for the murals to reach out to people, share these common values, and hopefully inspire and enrich their lives,” he continued.

Celebrating 125 Years is just one of many initiatives to commemorate Shell’s 125th anniversary this year. Last month, the company embarked on a 3-day charity drive, #Pump123 in conjunction with the Hari Raya Aidilfitri celebrations, whereby 1 sen (RM0.01) was donated for every 1 litre of fuel pumped at Shell stations nationwide during the period. The funds collected will be disbursed to disadvantaged children across the country via six charitable organisations, and we will announce the total collection in the near future. Shell will also be releasing a series of videos called #StationStories over the next two months, featuring some of its customers who share their personal stories and experiences.

Shell will also be hosting a gala dinner on 10 August 2016 for its partners across the industry, followed by Heritage Trail, a nationwide treasure hunt in September 2016.