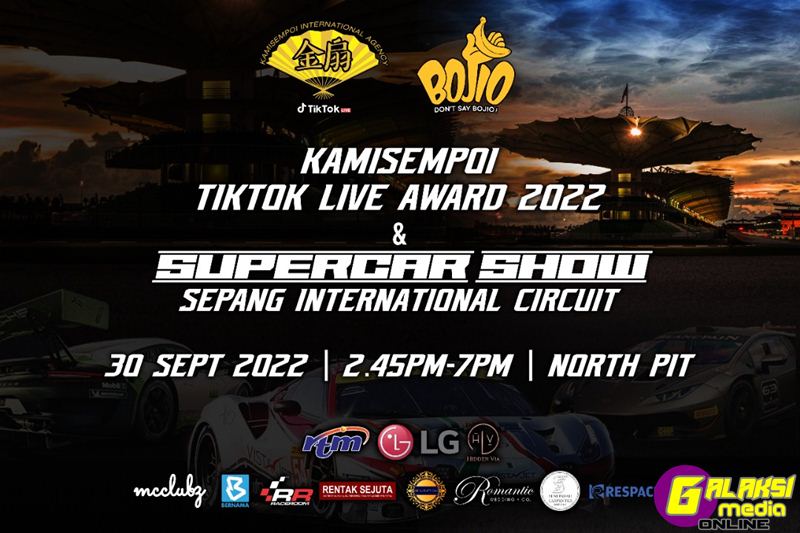 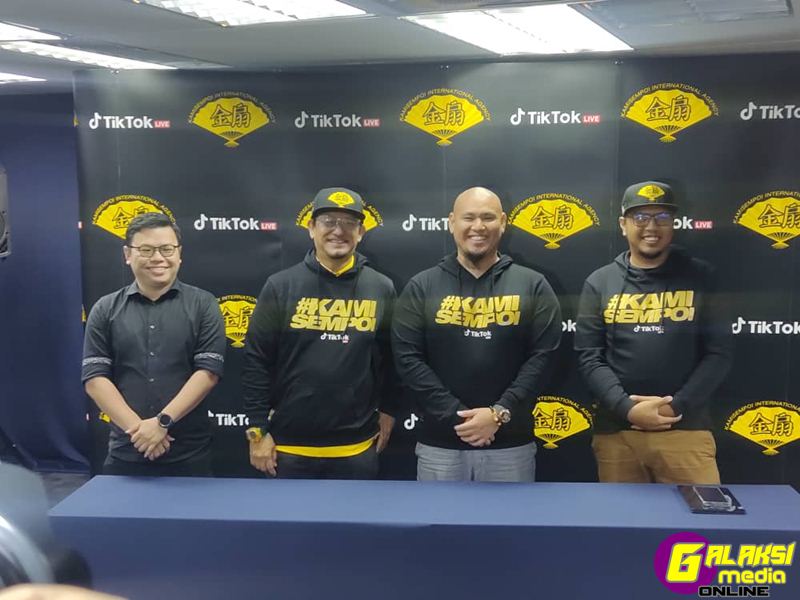 KSIA TikTok Live Awards is the very first TikTok LIve awards to be held in Malaysia. The awards ceremony will see close to 600 TikTok Live hosts vying for honours and recognition for their efforts, at the Sepang International Circuit on 30th September 2022.

A Supercar Show will also be held in conjunction with the awards ceremony, which will see an intimate car show featuring various exotic supercars. Attendees to the show will get the opportunity to be up close and personal to the favourite supercars, and be able photograph themselves with these exquisite and exclusive marques. There will also be a virtual racing tournament featuring a full motion racing simulator, organised by Bojio Events, which will see the participation of 64 pre-selected TikTok Live Hosts going head to head with one another.

“Participants of the tournament will have the chance to experience first hand, how it is like to race on the Sepang International Circuit (SIC), “ expressed CS Ooi, the tournament’s racing coordinator.

“You will be able to feel every corner, acceleration and also the breaking point,” he added.

LG Electronics Malaysia will also be launching and showcasing their new LG OLED Flex TV, an innovative television boasting the world’s first bendable OLED screen, which is the very first in Malaysia, where consumers can control the curvature of the television via remote control. LG will also be sponsoring the first prize for the virtual racing tournament where the champion will receive an LG OLED Flex TV as his or her prize.The second prize winner will receive a vivo V25 smartphone while the third prize winner will receive a Logitech Z906 THX speaker system.

The awards will be presented to three categories of hosts – Rising Stars, Top Gold Hosts and Platinum Hosts.

KamiSempoi International Agency (KSIA) formed in December 2021 is the brainchild of its founder and well respected TikTokker To Chin Swee a,k.a. Pakcik Chin Swee, who is the CEO of Pakcik ChinSwee Sdn Bhd. KSIA is currently recognised as the #1 ranked agency that is responsible for creating many highly successful hosts & leaders on the TikTok platform in the country. It has provided enterprising Malaysians a platform to grow and flourish into successful official TikTok Live hosts and social media leaders by providing the necessary training and guidance to enhance their hosts’ skills and confidence levels, while becoming more professional and entertaining in their live streams.

KamiSempoi International Agency based in Melaka, has become an established corporate brand name, with its success traced to its proven, fair and reliable reward system offered to its Official Hosts.

According to founder Pakcik Chin Swee, “Our people especially our Official Hosts are the heart and soul of our company. We are always committed to supporting their goals, with highly attractive rewards, incentives, dedicated support and help to spur ideas for them to create quality content. This will allow them to generate extra income, gain financial flexibility or find financial freedom.”

“Many KSIA Official TikTok Live Hosts have used the platform to create shining new careers for themselves in this field. KSIA provides focused training to ensure that each of our Official Hosts is more skilled and confident in developing and chasing their aspirations,” Pakchik Chin Swee further added.

“KSIA is the perfect partner to get adequate training and additional knowledge while improving their wealth generation opportunities through the various workshops that we organise. We want to teach them how to be professional live streamers that can generate regular income,” Pakcik Chin Swee concluded.

“Fourteen of our KSIA TikTok Live hosts are already earning above RM 20,000 per month. Baby Lynda, one of our more successful host has managed to earn up to RM 100,000 per month,” shared Shukri Suhaimi.

Those who want to embark on a career as a TikTok Live Host can contact KSIA for more information on how to go about it,” he further expanded.

“Other than presenting awards to our top hosts, we will also be presenting prizes to participants of our various campaigns,” added Shukri.

“There are more than 22 million TikTok users from Malaysia with more than 1 billion users worldwide,” Shukri concluded to end the highly informative press conference.