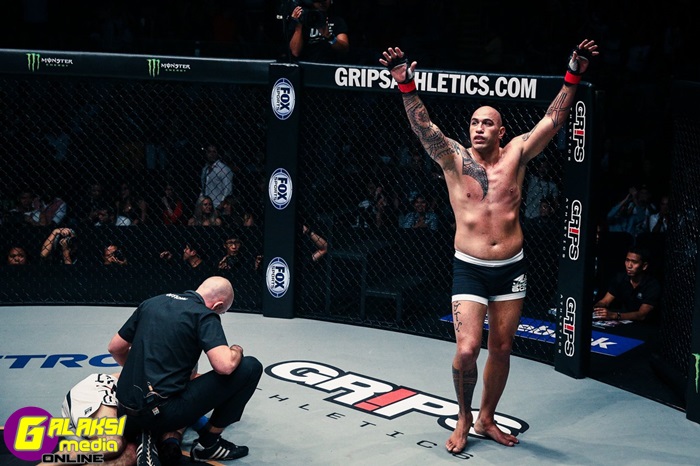 ONE Championship is ensuring a festive week heading to its much-awaited inaugural card in Shanghai, China as Asia’s premier martial arts organization is bringing one of its top superstars to grace the event on 2 September.

Filipino-American sensation Brandon “The Truth” Vera, who is the reigning ONE Heavyweight Word Champion, will be making a special appearance during the event week of ONE CHAMPIONSHIP: SHANGHAI.

“I am excited to meet all of the adoring martial arts fans in Shanghai. The Chinese people are so passionate about the sport. ONE Championship has prepared a stacked card featuring a solid group of local competitors mixed in with some of the best international talents on the company’s roster. You all know that means be ready for an amazing night of action. I can’t wait to be there and witness some fireworks,” Vera said.

Vera will also be in attendance for the highly-anticipated Face-Off event at the Hotel Indigo Shanghai On The Bund on 31 August.
The 39-year-old stalwart from San Diego, California holds an experienced professional record of 15-7, owning ten wins by way of knockout and one victory by submission.

Vera joined ONE Championship in 2014 after competing for over a decade as one of the world’s best heavyweights, scoring an impressive promotional debut against Ukraine’s Igor Subora.

A devastating striker with a well-rounded submission grappling arsenal, he captured the inaugural ONE Heavyweight World Championship title with a stunning knockout victory over Paul Cheng in December 2015.