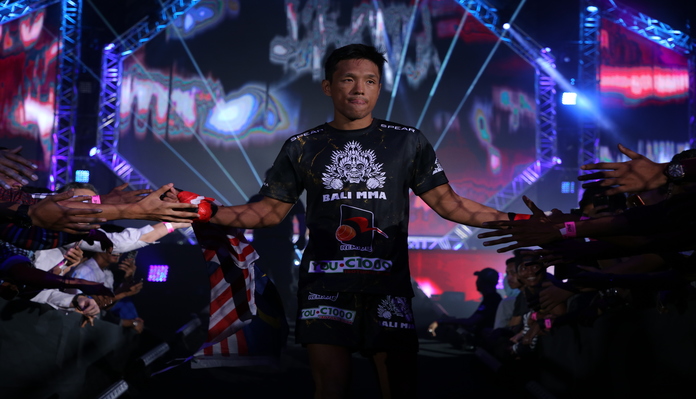 Malaysian featherweight sensation Keanu Subba is more than ready for his highly-anticipated return to the ONE Circle. The 26-year-old from Kuala Lumpur suffered a debilitating leg injury almost a year and a half ago, when he snapped his tibia and fibula after checking a kick.

The ‘nightmare’ injury put Subba in crutches for months and the former MIMMA Featherweight Champion was since then forced to step away from training and competition to rehabilitate his leg.

“In the first few weeks, I was at the lowest point in my life,” Subba recalled the experience.

Subba has been competing for nearly a decade, starting his career in 2011. After a successful amateur stint, Subba embarked on his journey through the ONE Championship ranks. He made his debut for the promotion in 2015 with a win over Florian Gariel, and has since emerged as one of the top Malaysian talents in ONE.

Needless to say, Subba was devastated at the prospect of not being able to continue to pursue his passion. There was a very real possibility that he may never be able to fight again.

Subba spoke about grappling with his internal doubt before finally dealing with the complicated recovery and rehabilitation process, including all the hard work it entailed.

“After that, I stopped feeling sorry for myself and started focusing on what I can control,” said Subba.

“It was all about doing what I could do at the moment, and progressing daily through repetition. After I could do something effortlessly, I progressed to something more challenging. I focused on the fundamentals of martial arts.”

Athletes who suffer through the type of injury Subba endured are typically affected mentally, constantly worried about reinjury. Subba, however, ultimately came to terms with his situation, and did what he needed to do to get better.

The Malaysian stalwart assures fans that the injury is firmly behind him, and to expect the best Keanu Subba moving forward.

“Mentally, I feel great. The injury doesn’t bother me, not anymore it doesn’t. I just need to focus on the things I can control,” said Subba.

Subba returns to action against WBK Tournament Champion Tang Kai of China. The two will square off in a three round mixed martial arts contest at ONE: REIGN OF DYNASTIES II, a previously-recorded event in Singapore set for global broadcast on Friday, 16 October.

Even more than being able to return to doing what he loves, Subba is most excited to don the colors of the Malaysian flag once again when he makes his walk down to the ONE Circle. He promises to bring pride and honor to Malaysia, and take home a victory against a very dangerous foe.

“It’s a blessing to be able to represent Malaysia again on the global stage. Tang Kai is a tough opponent,” said Subba.

“I’ve faced many opponens on win streaks before, so it’s nothing new. He’s quick and elusive, and has a good attacking system from the outside. I just have to stick to the game plan we’ve come up with.”